The agnostic is credited with bringing believers and religious questions into the scientific realm.
Rebecca Randall and Kate Shellnutt|March 19, 2019 09:19 AM 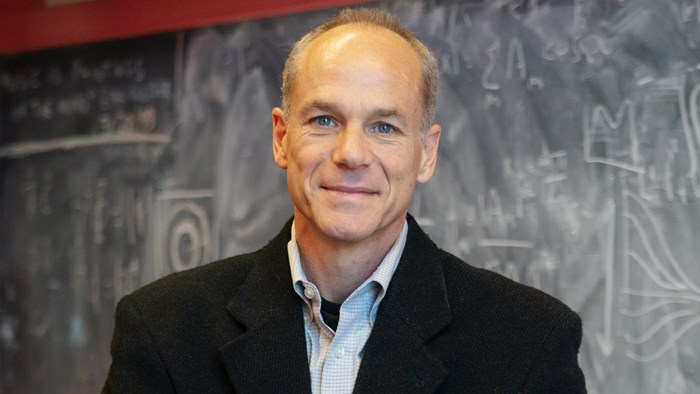 An agnostic theoretical physicist who has encouraged Christians to embrace the dual mysteries of science and faith is the latest recipient of the prestigious Templeton Prize.

The 2019 honor goes to Marcelo Gleiser, a professor of physics and astronomy at Dartmouth College. The 60-year-old researcher has suggested that science and spirituality represent complementary expressions of humanity’s curiosity around the unknown.

“My mission is to bring back to science, and to the people that are interested in science, this attachment to the mysterious, to make people understand that science is just one other way for us to engage with the mystery of who we are,” stated Gleiser, a Brazilian and the first Latin American to win the prize.

While the scientist considers atheism inconsistent with the scientific method—“You may not believe in God, but to affirm its nonexistence with certainty is not scientifically consistent,” he said in an interview last year in Scientific American—he has engaged Christian leaders and thinkers grappling with the universe.

Evan Thompson, professor of philosophy at the University of British Columbia, commended Gleiser for “bringing together people from different cultures and religious backgrounds into a global conversation on the importance of going beyond old stereotypes to celebrate the human condition and our role as planetary custodians.”

As director of Dartmouth’s Institute for Cross-Disciplinary Engagement, Gleiser has made space for science and the humanities to work together around questions of meaning and spirituality. He has also participated in scientific dialogue with Catholic clergy, though as an agnostic he opposes biblical literalism and does not see a place for religious texts to “explain or predict and describe natural phenomena in scientific ways.”

Roberto Covolan, a physicist and president of the Brazilian Association of Christians in Science, sees potential for more fruitful faith and science dialogue as a wave of top scientists shift their approaches.

“In this sense, it is a source of joy that important scientists like Marcelo Gleiser, through their work and initiatives, are recognizing the existence of aspects of the universe, revealed by science, whose understanding challenge or even go beyond the reach of science itself,” he said. “Aspects that, for those of us who believe, definitely point to transcendence.”

The acclaimed physicist sees his role as bringing scientific inquiry into the lives of people of faith and underscoring the sense of mystery they share. Pew Research has found that the faithful often see science and religion going hand-in-hand, with regular churchgoers less likely to see the two spheres of life in conflict (50%) than those who attend seldom or never (73%).

“Science doesn’t want to take God away from people, even if some scientists do,” Gleiser assured one believer, recounting the story in his blog on Orbiter.

His book titles showcase how the spiritual dimension informs his scientific pursuits: The Prophet and the Astronomer: Apocalyptic Science and the End of the World, The Dancing Universe: From Creation Myths to the Big Bang, A Tear at the Edge of Creation: A Radical New Vision for Life in an Imperfect Universe, and The Island of Knowledge: The Limits of Science and the Search for Meaning.

“Who are we, but wanderers of the heavens, amid an abundance of other worlds? What role is there for us in the vast emptiness of space?” he asked in an essay in The New Atlantis, referencing the sense of “cosmic angst” explored by Christians like Blaise Pascal.

“Gleiser does not, at this point, share any specific religious beliefs which could form a common ground with Christian faith; he is confessedly agnostic. But his understanding of the limits of science and of the spiritual rooting of both science and faith, it is in the right direction,” said Guilherme de Carvalho, pastor, theologian, and vice president of the Brazilian Association of Christians in Science.

“His views that science and religion can be complementarian, that science does not cover all valid knowledge, and that science would even have spiritual roots are uncommon among influential scientists in Brazil; and the fact that he is outspoken about them makes him singular.”

Born to an influential family in Rio de Janeiro’s Jewish community, Gleiser received a conservative Hebrew school education. After receiving his PhD in theoretical physics and doing doctoral work, he became a professor at Dartmouth at age 32, receiving tenure in 1998.

During his career, Gleiser grew more skeptical of finding mathematical perfection in the universe, instead finding wonder in the imbalance. He criticized the view that physics has already solved questions about the origins of the universe.

Heather Templeton Dill, president of the John Templeton Foundation, praised the “undeniable joy of exploration” and “sense of awe and wonderment” in Gleiser’s work. The annual prize, this year worth just under $1.5 million, “honors a person who has made an exceptional contribution to affirming life’s spiritual dimension, whether through insight, discovery, or practical work.” (Christianity Today is also a recipient of Templeton Foundation funding.)

Gleiser will formally receive the Templeton Prize at a public ceremony in New York on May 29.