While the big denominations continue their downfall, certain Pentecostal movements, from black churches to Hillsong, see a surge in attendance.
Peter Brierley|May 28, 2019 08:00 AM 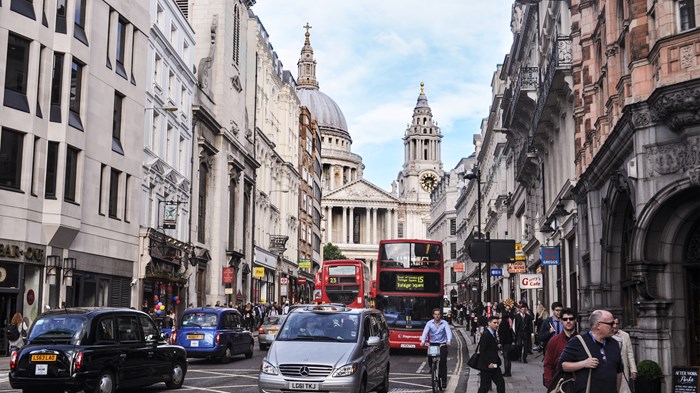 Every village in the United Kingdom used to have a pub, a church, and a general store. Today, pubs (short for “public houses”) have become iconic, a popular destination for visitors to try drinks, traditional pub meals, and the cultural ambiance.

But these local landmarks are closing quickly; only 39,000 are left in England, down a quarter from 20 or so years ago. There are now more church buildings than pubs, according to recent figures announced last month by the National Churches Trust.

But the number of churches overall is falling too, just not as fast. The share of Christians in the UK is declining, as in America and other parts of the Western world. Total secularization isn’t inevitably around the corner for at least two reasons. First, surveys show that many who say they have “no religion” still believe in God, pray, say they have a soul, or even read the Bible. Second, there is actually substantial growth among certain types of churches in the UK, all in the context of God’s promise to build his church.

The three biggest UK denominations—Anglicans, Roman Catholics, and Presbyterians—are all declining quite quickly. Overall, their numbers have gone down 16 percent in just the last five years, Presbyterians the fastest (down 19%). Two other major groups are also declining, Baptists and Methodists, but they are much smaller in size.

The three major denominations form 60 percent of church members, and the smaller two another 16 percent. The remaining members often belong to the types of churches that are seeing the most growth right now—many of which have a Pentecostal bent, ranging from immigrant-founded denominations to Hillsong campuses.

Their increase, although significant, is unfortunately not enough to compensate for the drop among the bigger churches, but has moderated the overall decline. I’ll share below which kinds of churches are growing the fastest amid demographic shifts in the UK.

London is the epicenter for growing churches. Between 2005 and 2012, overall church attendance (not membership) in London went from 620,000 people to 720,000, a 16 percent increase. The number of churches increased by two a week, from 4,100 to 4,800. During this time, the city welcomed immigrants both from Europe and the rest of the world, its population growing from 7 million to 8 million in 10 years.

Many of those newcomers were Christians and sought a church that spoke their language. More than 50 different languages are spoken in London’s churches; 14 percent of all the services held in the city are not in English.

The trend has since spread into other major urban areas, where churches draw in fellow believers who share the same language, outlook, culture, and so on. This is effectively the principle first enunciated by Donald McGavran, the church growth guru, who said, “People like to stay with their own people,” the so-called homogeneous unit principle.

Many of these churches conducting worship in other languages are Roman Catholic. Others are “black” churches, also called Black Majority Churches (BMCs). They too are immigrants but have been in the UK for much longer, often now in their third or fourth generation.

They first came as part of the Windrush generation, named for the ship that berthed in 1948 with many from the West Indies (the Caribbean). Rejected initially by the native white churches, they formed their own groups, like the New Testament Church of God, Elim Pentecostal Church, Apostolic Church, Assemblies of God, and others.

They have been joined in the last 25 years or so by others coming from West Africa, the “reverse mission” churches, like the Redeemed Christian Church of God (RCCG), Potters House Christian Fellowship, Mountain of Fire Ministries, Church of Pentecost, and others. Many of these are starting new churches.

Founded in Lagos, Nigeria, the RCCG, for example, has started over 800 churches in the UK since 1993, led by a man with clear vision and effective strategy, Pastor Agu Irukwu. His 4,000- strong Church of All Nations in Brent, West London, adopted the mantra “a church within 10 minutes walking distance.” That comes straight out of the Nigerian bush country where no one goes to church by car or taxi.

It is effectively the “parish” system used by the three largest denominations, but the RCCG pursue it energetically: “You live near us, come and join us, you’ll enjoy it, we are warm and lively, and you haven’t far to go.” Many respond; the RCCG is now the largest Pentecostal denomination in the UK.

Another group of growing churches, which I call the “opportunity” churches, have leaders who sense an opening and take up the challenge.

That includes Hillsong Church, for example, founded in Australia by Brian and Bobbie Houston in 1983, and since spread to the UK, US, and elsewhere. Hillsong gathers 5,000 people every week in London’s largest theater, the Dominion Theatre, 70 percent of whom are under 25.

Young people will go to church if that church is attractive. Hillsong London had to add a second theater as the Dominion couldn’t hold more, and they have spread to several other cities and towns as well. According to Robert Beckford, theology professor at Canterbury University, Hillsong provides (a) practical preaching, (b) dynamic worship, and (c) a cosmopolitan congregation.

Another example of an “opportunity” church is Holy Trinity Brompton (HTB), led by Nicky Gumbel, who developed the Alpha Course. It is the largest Anglican Church in England and has helped to grow more than 20 other struggling Anglican churches at the invitation of the respective bishop. HTB provides them guidance, leadership, sometimes some finance and personnel, but otherwise mainly support with strategy, prayer, and personal help. They also have been remarkably effective, and this is within the otherwise declining Church of England.

There are other large Anglican churches in the capital also, like All Souls’ Langham Place and St Helen’s Bishopsgate, both with four-figure congregations, as well some 150 larger churches with 400 or more on a Sunday. (This is “large” by UK standards, where the average Protestant church only has 58 attending.)

Lastly, people are taking the opportunity to start new church expressions or “messy churches.” These may be part of a church’s outreach program, or they are begun hoping to grow into a separate church. Messy churches offer food, fun, and fellowship, especially for families.

Half of them are led by lay people, usually untrained but with some leadership experience, half do not meet in churches but in village halls or schools, and many do not meet on Sundays but during the week. Most meet at least monthly, and some every week. Those who come get a very warm welcome and there is time for worship while they are together.

Research has shown that two-fifths of those coming have not attended a church before, and a further third are folk who are returning to church after being away (on average for about 10 years). There are over 3,000 messy churches in the UK attended by some 103,000 people in 2019, which is 2.4 percent of all churchgoers.

Thus church growth is definitely happening in the UK despite overall decline. The church is not going to close anytime soon. Just 5 percent of the population attends church now, and according to projections, attendance will be down to 4 percent by 2030. Perhaps all the pubs will have disappeared by then. Visitors can come to church instead!

Peter Brierley runs the Brierley Consultancy, a research initiative designed to strengthen church leadership in the United Kingdom. The National Churches Trust compared his research on the number of churches with data from the Office of National Statistics on the number of pubs.