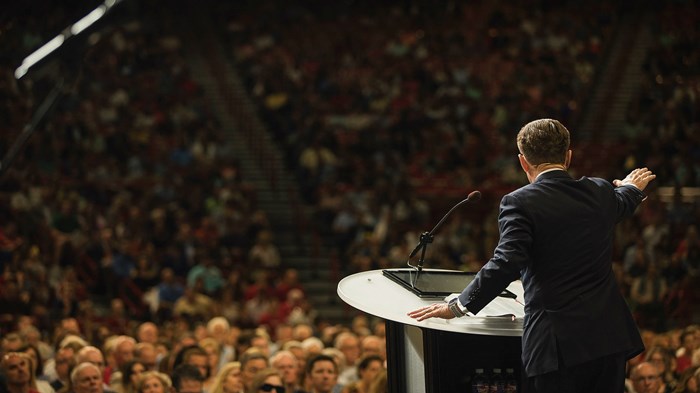 A boost in giving—up to $11.8 billion total—and major church growth in Texas was not enough to fend off more than a decade of declines among the Southern Baptist Convention last year.

The nation’s biggest Protestant denomination isn’t as big as it used to be, according to its Annual Church Profile (ACP), released today. Membership fell to 14.8 million in 2018—its first time below 15 million since 1989 and the lowest it’s been since 1987.

“Facts are our friends, even when the facts themselves are unfriendly,” said new Southwestern Baptist Theological Seminary President Adam Greenway. “Heartbreaking to see these ACP declines. We must do better as Southern Baptists. God help us.”

Compiled by LifeWay Christian Resources, the ACP is based on self-reported data from about three-fourths of SBC churches, so it’s not a comprehensive picture but is still used to capture overall trends in the denomination. For more than 10 years, the trajectory hasn’t looked good.

In 2018, baptisms dipped by 3 percent, not as dramatic as the previous year when they were down 9 percent. Overall, Southern Baptists’ namesake practice has reached a historic low of 246,000 baptisms a year—around how many people were dunked by the denomination back in the 1940s, when it was less than half its current size.

“Like many, I am discouraged to see 7,000 less baptisms this year,” said J. D. Greear, SBC president and pastor of The Summit Church, in a statement to CT. “It is the Lord who saves, but this information should spur us on even more to be intentional in evangelism.”

The slight increases in worship attendance and total number of churches in the previous report did not continue their turnaround in 2018. Attendance saw a tiny decline of 0.43 percent to 5.3 million weekly worshipers, and churches are down by 88 to 47,456.

The other major area of growth came in the offering plates, where giving grew for the second year in a row. Despite having fewer members and fewer churches, total church receipts were up by $82 million in 2018 to $11.8 billion. (These figures do not include giving to the SBC’s Cooperative Program.)

“I was encouraged by the slight increases in giving. I look forward to ongoing discussions about our generosity, and how our systems can best aid in effective partnership toward the Great Commission,” Greear said.

Since peaking in 2006, Southern Baptist membership has fallen by nearly 1.5 million, corresponding with a larger decline in Protestant identity along with the rise of the “nones.”

Ronnie Floyd, president and CEO of the SBC Executive Committee, said that the recent report shows “urgency is not an option.”

“It is time to press reset spiritually and strategically in the Southern Baptist Convention,” he told the Baptist Press. “Our generation of Baptists must believe and determine now that we will do whatever it takes to present the Gospel of Jesus Christ to every person in the world and to make disciples of all the nations.”

Greear offered a similar call: “For the upcoming generation, our prayer should be to see an increase in evangelism, church planting and revitalization, and ultimately an end to decades of decline. First things must be first, not only in our declarations but especially in our demonstrations. I pray that our annual meeting in Birmingham will spur all of us to that end.”

The SBC will hold its annual denomination-wide gathering June 11–12.