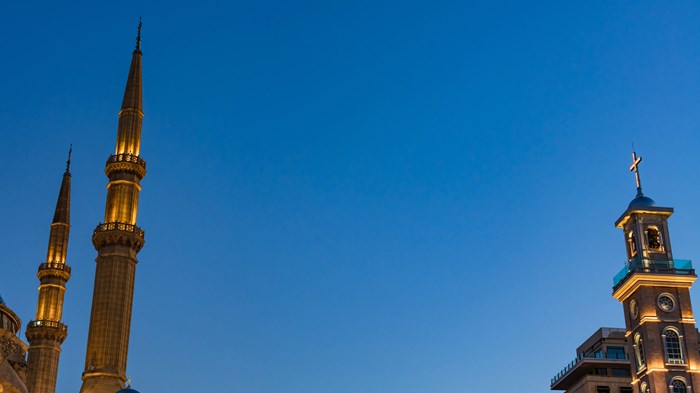 At stake is the Duke-UNC consortium’s status as a “national resource center,” a term created by Title VI of the 1965 Higher Education Act. It authorizes Congress to give grants developing the foreign language and cultural competency needed to develop foreign policy experts. In 2018 CMES received a four-year $235,000 grant per year.

But in July, DeVos announced she was opening an investigation. The department found, according to the recent letter, that CMES “lacks balance,” as it offers “few, if any, programs focused on the historic discrimination faced by, and current circumstances of, religious minorities in the Middle East, including Christians, Jews, Baha'is, [Yazidis], Kurds, Druze, and others.”

The 2008 amendment to the Higher Education Act changed language to require programs to reflect diverse perspectives and a wide range of views.

“There is no doubt that there are university religion programs that put Islam in the most favorable light and tend to debunk or sidestep the darker sides of Islamic history and teaching,” said Gerald McDermott, an evangelical scholar whose research focuses on Israel and the Christian understanding of other religions.

McDermott, who serves as the Anglican Chair of Divinity at Beeson Divinity School, stated that he has no firsthand knowledge of the curriculum at CMES. But he said more generally about religion programs elsewhere in the country, “Some programs tend to denigrate traditional Judaism and Christianity.”

Apart from the alleged bias, the Department of Education was also concerned that the CMES program failed to meet congressional expectations.

Out of 7,961 students in the program, only 960 are enrolled in Middle East language classes. Only 11 percent of graduates are employed in government positions, compared to 35 percent in higher education.

And sponsored activities included “Love and Desire in Modern Iran,” and “Gender-Bending and Subversion in the Early Modern Ottoman Intellectual History.” While CMES programs “may be relevant in academia, we do not see how these activities support the development of foreign language and international expertise for the benefit of US national security and economic stability,” said the letter. “[They] have taken ‘a back seat’ to other priorities.”

The federal inquiry, however, was immediately interpreted in light of President Trump’s support for Israel. The New York Times noted the civil rights chief in the education department is Kenneth Marcus, president and general counsel of the Louis D. Brandeis Center for Human Rights Under Law. For years Marcus has lobbied to defund and delegitimize Middle East studies programs that display an anti-Israel bias, the NYT reported.

Federal officials see a necessary course-correction in academia, and some professors agree.

“To get Title VI, you really have to strive for viewpoint diversity,” Miriam Elman, an associate professor at Syracuse University, told the Times.

“This is what our students want. They don’t want to be indoctrinated. They want both sides. It’s possible to do that and still make people uncomfortable.”

But other professors, while they may personally agree with the academic critique, fear a troubling precedent.

“An anti-Israel bias is common in American higher education,” said Thomas Kidd, associate director of the Institute for Studies of Religion at Baylor University.

“But the US Department of Education should not meddle in the teaching and research agendas of individual universities.”

He described successive administrations willing to “crack down on colleges that don’t toe the line” with their policies. (Previously, Obama-era guidelines around accommodations and nondiscrimination protections for LGBT students had some Christian schools worried about legal conflicts.California faith-based institutions were threatened by a proposed bill to deny student grants to colleges requiring students adhere to traditional positions on sexuality and gender identity.)

Government interference threatens academic freedom, Kidd said, and the traditional view that universities should be run at the state and local level.

Unfortunately, the problem of bias is institutional.

“There is an across-the-board deficiency in diversity, on views of Israel and a host of other subjects,” Kidd said. “Faculty—understandably—tend to hire people who think just like them.”

But when researcher makes discoveries or develops an unorthodox critique of popular views, said Gary Burge, dean of New Testament at Calvin Theological Seminary, professors need to be free to advance their ideas without fear of penalties from the government.

“This is the deepest meaning of academic freedom,” he said, describing how government overreach in climate research has had a “chilling effect.”

On a smaller scale, Burge has a similar experience with outside overreach concerning his written critiques of Christian Zionism, where lobbyists have incriminated him and his college for failing to be sufficiently pro-Israel.

In this sense, Burge says, the Department of Education is doing what the Environmental Protection Agency did for climate science: admonishing scientists who don’t toe the line.

The Duke-UNC consortium, though it agreed to establish an advisory board in compliance with the ministry’s letter, ultimately defended its Middle East program.

Enrollment in Urdu studies ranks first in the nation, they wrote in reply. Arabic and Turkish rank eighth. It listed the many events held on Middle East minorities, saying “positive appreciation … suffuses” their outreach activities.

And whereas government employment lags behind academia, if counting also the Title VI emphasis on business, 30 percent of graduates work in that field.

Meanwhile the items deemed inappropriate by the ministry were a small percentage of over 100 organized each year, none of which were supported by federal funds.

The academic establishment also came out in their defense, calling the inquiry “unprecedented and counterproductive.” Nineteen scholarly societies, including the American Academy of Religion, the Middle East Studies Association, and the Society of Biblical Literature, published a joint reply to the Ministry of Education.

“Your letter, in tone and content, suggests an intention not only to significantly narrow the scope of Title VI activities,” they wrote, “but also to micromanage them.”

But for McDermott, the problem is widespread enough that oversight is necessary. Government money should be accountable to the taxpayers.

“Do we want politicians dictating syllabi?” he asked, while emphasizing the donor’s right to insist on fairness. “No—but religion is too important to be left solely to professors who are too often politicized.”