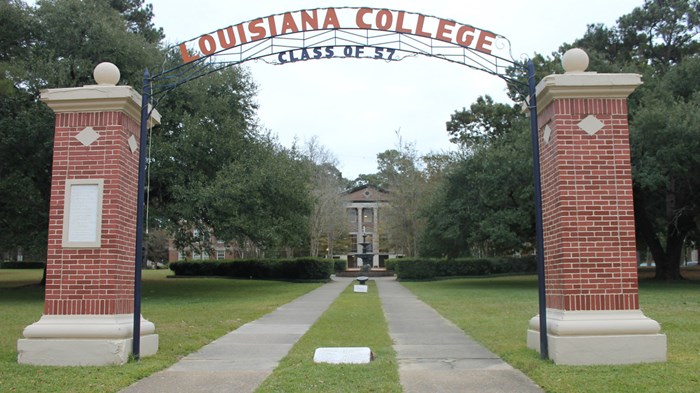 The 2,000-word policy, published in the college’s 2019/20 Student Handbook, includes provisions that require certain students to give school administrators access to their personal accounts, as well as demanding all students report inappropriate information posted by classmates.

The remainder of the policy is framed as a series of “guidelines,” though punishment is threatened for violations. One guideline prohibits posting or reposting “any information that would violate LC’s Christian standards.” Another prohibits commenting “on matters that could reasonably be expected to be confidential regarding your fellow students or Louisiana College.”

But LC President Rick Brewer sees the policy as a way of protecting the students and the school.

“We particularly want to protect students from being numbered among those who either lose a job or never are interviewed because of unfortunate or inappropriate content on their social media platforms,” Brewer said in a statement to Christianity Today. “Above all, we want to educate the whole student in the maturity of intellect and maturity of character. And I believe our social media policy is appropriately motivated in such regards.”

Meek has a different view. The social media policy “is part of a pattern of behavior that seeks to keep people from speaking freely about what is happening at the college,” he wrote. (Editor’s note: Meek noted that the news about the new policy, and his resignation earlier this year, was originally reported by the Louisiana news site Bayou Brief .)

Meek resigned in May from his post as assistant professor of Old Testament and Hebrew at LC, the college told CT.

His resignation came to protest a dean’s chapel sermon depicting women in a sexist and sexualized manner, as well as the school’s unresponsiveness to Meek’s complaints, Inside Higher Ed reported. LC defended its enforcement of policies against sexual abuse and harassment and said Meek was “already disgruntled about other leadership decisions and pursued this issue in an attempt to malign the leadership of Louisiana College.”

“I understand why institutions try and control social media—they don’t want students or faculty reflecting poorly on them,” Diamond said in an email. “For a religious institution, in particular, these policies can be used to try to make faculty (who may not necessarily subscribe to their employer’s views) behave in a way that they would like. Unfortunately, when you employ someone you can’t restrict all their speech, and someone’s social media (particularly their private social media) is their protected speech.”

Diamond noted a range of restrictiveness among social media policies in higher education.

On one end, there’s the “less restrictive” approach at Oberlin College, a liberal arts school in Ohio, where faculty and staff “do not ‘police’ online social networks for possible violations,” but administrators answer all reports of alleged online misconduct and the college “reserves the right to discipline students for acts of misconduct.”

On the other end of the spectrum, Bob Jones University’s social media policy tells student organizations to “avoid articulating positions contrary to the public position of BJU,” a Christian institution in South Carolina. In a similar vein, a July article in The Washington Post claimed Virginia’s Liberty University “silences students and professors who reject” the “pro-Trump policies” of university president Jerry Falwell Jr.

Free speech laws generally do not apply to private schools, like religious colleges.

In social media polices and elsewhere, “private universities have—and should have— broad discretion to uphold religious standards for conduct by staff and students, both on and off campus,” said Michael Whitehead, a Kansas City, Missouri, attorney who represents several Southern Baptist institutions, including some state Baptist colleges. “There is little ‘reasonable expectation of privacy’ about what one posts” on the internet.

At the same time, religious colleges must “avoid policies which would discourage students and staff from lawful reporting of illegal conduct to law enforcement authorities,” said Whitehead, who has argued First Amendment cases before the US Supreme Court.

LC’s policy states individuals who “participate in certain high-profile student activities” may be required to turn over “full access to your personal social media.” Additionally, students are “required to contact” the administration if they “discover inappropriate information on the social media site of any LC student.”

Mary Hardin-Baylor’s policy appears to mirror LC’s verbatim in some sections, including the requirement that “high-profile” students provide the university “full access” to their social media accounts.

For any Christian institution contemplating its social media policies, Diamond offered this advice: In attempting to restrict the speech of students and faculty on social media, “you can easily create a controversy that will substantially amplify their statement and gain them notoriety. You may not like what your students say or how they ‘represent’ your institution, but by attempting to restrict these actions, you are just fanning the flames.”