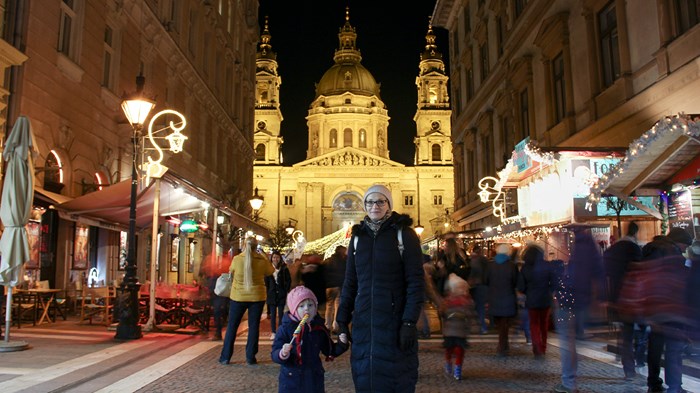 Conservative Christians and human rights groups are clashing over a new law in Hungary that effectively bans adoption for same-sex couples and legally defines a family according to traditional Christian views of marriage, family, and gender, where “the mother is a woman, the father is a man.”

The amendment, passed by Hungary’s ruling right-wing coalition in parliament on Tuesday, alters the constitutional definition of families to exclude transgender adults and same-sex couples, asserting that the “foundation of the family is marriage and the parent-child relationship.”

A Hungarian church leader told the European site Evangelical Focus that evangelical Christians in the country “are supportive of the sentence: ‘The mother is a woman, and the father is a man’” and agree “this is the order of Creation according to the Bible.”

The recent legal changes coincide with tensions between Hungary and the European Union. Earlier this month, the country (along with Poland) challenged the conditions of the EU budget and COVID-19 recovery funds, concerned that the EU was moving to impose more progressive cultural views on more conservative members.

Istvan Horvath, secretary general of the Hungarian Evangelical Alliance, said while Hungary’s tensions with the EU are complex, Hungarians do see “moral differences” between eastern and western Europe. They fear being targeted by more liberal factions for their traditionally “European and Christian” views, Evangelical Focus reported.

The bill passed this week stated, “The Fundamental Law of Hungary is a living framework that expresses the will of the nation, the form in which we want to live. However, the ‘modern’ set of ideas that make all traditional values, including the two sexes, relative is a growing concern.”

Same-sex marriage was constitutionally banned in Hungary in 2012, but civil partnerships are recognized. The new amendment declares that only married couples may adopt children, effectively barring same-sex couples or single individuals from doing so. Amnesty Hungary called the passage of the amendment “a dark day for human rights.”

The amendment also tasks the state with “protecting the right of children to self-identity according to their sex at birth,” and mandates that children be raised “in accordance with the values based on Hungary’s constitutional identity and Christian culture.”

A bill passed in May permanently defined one’s sex as the “biological sex determined by primary sex characteristics and chromosomes,” effectively disallowing transgender individuals from petitioning the government to change their names and genders in official documents. That law was sent to the Constitutional Court in November for review.

Fewer than half of Hungarians believe homosexuality should be accepted by society, according to Pew Research. Hungary is a majority-Catholic country, but has among the largest shares of Protestant Christians in Eastern Europe (20%). Most consider themselves Presbyterian or Reformed.

Hungarian Prime Minister Viktor Orbán, who belongs to the Calvinist Hungarian Reformed Church, has long said he was building an “illiberal” Christian democracy. Orbán has made a series of policy moves seen as hostile to the LGBT community, immigrants and refugees, and in some cases to fellow Christians as well. The head of the Hungary Evangelical Fellowship spoke up against Orbán’s “Christian liberty” slogan, opposing the use of the Christian label for an “exclusionary, hate-filled and corrosive policy.”

LGBT rights groups fear that a shortage of adoptive parents will result in more children staying in government care or adopted abroad. Unmarried individuals may still apply to adopt children under the new amendment, but must receive special approval.