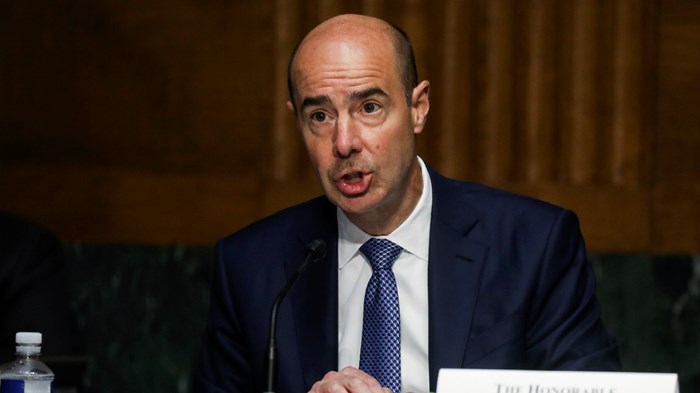 The US Department of Labor has issued a new rule intended to foster “full and equal participation” of religious groups as federal contractors.

“Religious organizations should not have to fear that acceptance of a federal contract or subcontract will require them to abandon their religious character or identity,” said US Secretary of Labor Eugene Scalia in a statement Monday.

The final rule will become effective January 8, two weeks before President Donald Trump leaves office. It is the latest development in the long-running battle over how to balance religious rights with other, particularly LGBT, rights.

The department said the new rule builds on Executive Order 11246, which dates to the Johnson administration, that requires contractors to follow affirmative action and nondiscrimination requirements.

“Yet the order also acknowledges that religious organizations may prefer in employment ‘individuals of a particular religion,’ so that they can maintain their religious identity and integrity,” the department’s statement said.

The new rule, outlined in a 159-page document, aims to clarify what kinds of organizations qualify for a religious exemption. Since the George W. Bush administration, Labor Department rules have followed Title VII of the 1964 Civil Rights Act, which allows religious employers to prefer members of their own faith when it comes to hiring.

Under its definition of “Religious corporation, association, educational institution, or society,” the new final rule notes that they may or may not be connected to a house of worship.

Its final language also makes clear that a religious organization need not be nonprofit but if it is for-profit it must show “strong evidence that it possesses a substantial religious purpose.” For example, it would not be sufficient for an organization to include a scriptural quote in its marketing or a short mention of religious values on an “About Us” webpage.

The department received more than 109,000 comments after the rule was proposed last year. Some of the comments responded to the Labor Department’s referring in its proposed rule to Supreme Court cases—such as Hobby Lobby, Masterpiece Cakeshop and Trinity Lutheran Church in Columbia, Missouri—in which persons with religious claims were granted anti-discrimination protections.

The Trump administration’s focus on religious liberty has been hailed by conservatives and questioned as discriminatory by advocates of church-state separation and LGBT activists, who are concerned that religious exemptions will deprive same-sex couples of access to services.

Stanley Carlson-Thies, founder of the Center for Public Justice’s Institutional Religious Freedom Alliance, called the new rule a “welcome step” because disputes sometimes arose about the extent of the exemption after then-President Barack Obama in 2014 barred government contractors from discriminating against LGBT applicants and employees.

At the same time, Carlson-Thies said, “The new rule requires proof that an organization is religious—an employer cannot dream up a religious excuse simply because it desires to fire a gay person or someone of a minority faith.”

Americans United for Separation of Church and State opposed the rule, saying it could cause other kinds of discrimination.

“It’s unconscionable, though hardly surprising, that the lame-duck Trump administration would expand the ability of federal contractors—who employ one-fifth of the American workforce—to use religious litmus tests to hire or fire employees for jobs paid for with taxpayer dollars,” said AU President Rachel Laser.

“Like so many others issued by the Trump administration, this rule particularly puts at risk workers who are LGBTQ, women, religious minorities and non-religious people.”

Laser urged the Biden-Harris administration to “immediately begin the process of revoking this rule.” But Carlson-Thies said the new regulation “cannot be reversed by the wave of a pen.”