Even among Christians who agree Scripture comes first, there’s a debate over whether to learn from or reject secular theories that see racism as structural.
Kate Shellnutt|December 3, 2020 01:43 PM 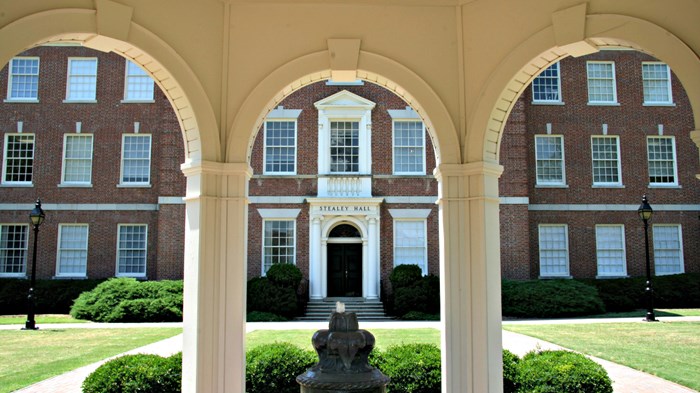 A year and a half after passing a controversial resolution on critical race theory, Southern Baptists are debating the topic again.

Seminary presidents issued a statement last week saying that “affirmation of Critical Race Theory, Intersectionality and any version of Critical Theory” is incompatible with the Baptist Faith and Message, the denomination’s core beliefs.

Their statement launched another wave of discussion around the place of critical race theory in Christian discourse and teaching, with fellow Southern Baptists and Christian leaders outside the denomination weighing in.

The term “critical race theory” (CRT) is frequently ill defined. According to scholars, it is an approach to the issue of racism that analyzes systems and biases embedded in social structures.

In the resolution approved at the 2019 annual meeting, the Southern Baptist Convention (SBC) referred to the theory as “a set of analytical tools that explain how race has and continues to function in society” and clarified that it could only be employed “subordinate to Scripture.”

“Some in our ranks inappropriately use the label of ‘CRT!’ to avoid legitimate questions or as a cudgel to dismiss any discussion of discrimination. Many cannot even define what CRT is,” tweeted SBC president J. D. Greear on Thursday. “If we in the SBC had shown as much sorrow for the painful legacy that sin has left as we show passion to decry CRT, we probably wouldn’t be in this mess.”

To certain Southern Baptists, the SBC has not done enough to dismiss critical race theory, allowing secular thinking to overtake a biblical worldview. Concerns over the influence of critical race theory were a factor in the formation of the new Conservative Baptist Network in February, and Tom Ascol’s Founders Ministries has also called out the theory as evidence of a “wavering” commitment to the sufficiency of Scripture.

Especially after last year’s resolution, they fear the theory is being promoted through seminaries and SBC entities that have become increasingly outspoken on racial justice issues.

But for others in the SBC, the push to decry critical race theory distracts from what they see as more pertinent issues for their denomination in 2020, such as confronting racism.

The latest iteration of the debate—which spurred a response from the committee responsible for last year’s resolution—suggests the SBC could be discussing the topic again at its 2021 annual meeting, currently scheduled to be held in Nashville in June.

After the committee referenced one of his recent sermons in their statement, pastor Tony Evans clarified that he doesn’t dismiss critical race theory. “I did not say, nor imply, that CRT or other ideologies lack of beneficial aspects—rather that the Bible sits as the basis for determining that,” Evans said. “I have long taught that racism, and its ongoing repercussions, are real and should be addressed intentionally, appropriately and based on the authority of God’s word.”

“I’ve repeatedly asked this question in good faith in direct messages to various SBC leaders & have yet to receive a clear, concise, consistent answer. Please, for those of us seeking to understand, define CRT in, say, 4 sentences. Is preaching against racism ‘any version’ of it?”

Writing for The Witness: A Black Christian Collective, Jemar Tisby worried that objections to critical race theory as a framework for thinking about racial injustice have been used to keep Christians from talking about systemic racism, Black Lives Matter, white privilege, and more.

Tisby, the author of the bestselling book The Color of Compromise, referred to critical race theory as the “theological and ecclesiastical equivalent of the ‘Red Scare.’” He said, “Slap anyone with the label ‘Critical Race Theory,’ and they automatically become enemies of the church.”

Black leaders applying Scripture to racial issues or leading diversity initiatives at SBC seminaries have faced backlash from more conservative members of the denomination who accuse them of succumbing to secular and Marxist ideologies.

Before making their position clear through last week’s statement, leaders have had to address the criticism head-on. Last year Daniel Akin—president of the Southeastern Baptist Theological Seminary, known for its Kingdom Diversity Initiative—tweeted that he had “no concerns” that any SBC seminaries were “pursuing Cultural Marxism, intersectionality, liberation theology or a social gospel.”

He specifically defended Southeastern’s vice president for diversity and theology, Walter Strickland, as committed to scholarship that’s “fully consistent with theological orthodoxy and that honors the Holy Scriptures.”

The issues of Critical Race Theory and Intersectionality have arisen within the last two years as issues of controversy in the larger world, and this controversy has reached into the Southern Baptist Convention.

We stand together in stating that we believe that advocating Critical Race Theory or Intersectionality is incompatible with the Baptist Faith & Message, and that such advocacy has no rightful place within an SBC seminary. I think it speaks loudly to Southern Baptists that we take this stand together.

President Donald Trump issued an executive order in September describing a critical theory approach, labeling it “anti-American,” and rejecting hierarchies based in race and sex in this country.

Just as the president emphasized a belief in the inherent equality of every individual (“all men are created equal”), Christians against critical race theory often bring up the divine worth in every image bearer, equal under God. They worry that it puts the dominant culture in the unbiblical position of always having to repent, said Rod Martin, who belongs to the Conservative Baptist Network.

The SBC’s resolution tries to balance acknowledging the shortcomings of a non-Christian approach while also believing “as with other secular theories, not every observation is wrong, sinful or unhelpful. But even insights that describe the social dynamics of our society accurately remain insufficient to address the sinful heart of man.”

When the topic of cultural engagement came up last year, Kevin Smith, executive director of the Baptist Convention of Maryland-Delaware, told CT the disagreement within the SBC is partly about “sinful, divisive personality, ethnocentrism, political convictions, and overzealous arrogance” and partly “disagreeing over how we apply loving our neighbor.”

In a statement shared by Southeastern provost Keith Whitfield, the committee responsible for the critical race theory resolution said they had repeatedly been called on to clarify and respond to concerns over the past 18 months. “We now wait and see what the 2021 convention in Nashville will bring, and we trust the will of the messengers.”