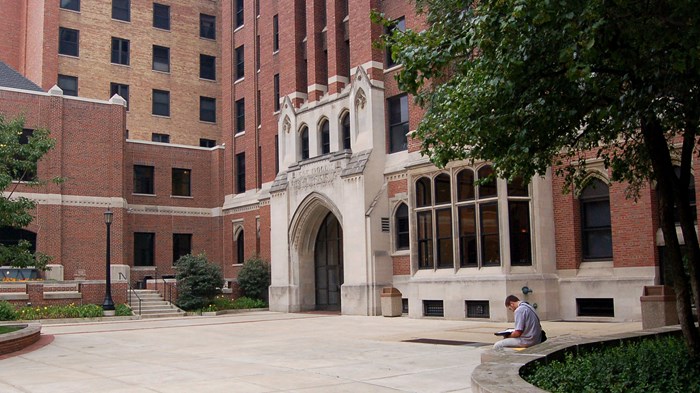 Decades-old photos depicting white students in blackface in Moody Bible Institute yearbooks have led the leaders to issue an apology and pledge to carefully examine racism in its history and current ministry.

“Regardless of when these photos were taken, or what the intent of the students was at that time, these pictures are shocking and deeply offensive. As senior leadership of Moody Bible Institute, we come together in this letter to deeply apologize for these photos and the underlying ignorance and the racist foundation blackface represents,” wrote Moody president Mark Jobe, addressing the 1974 and 1984 yearbook photos.

“This behavior absolutely does not reflect how we envision our Moody community, which is grounded in God’s Word and the gospel of Jesus Christ,” the statement said. “It also undermines the advancements we have made together in the area of diversity.”

Jobe’s apology comes two weeks after he issued a call for prayer in response to the killing of George Floyd and the racial unrest in Chicago and around the country, and 10 days after Moody leaders shared personal reflections on race in a video for the faculty and staff.

“I am most discouraged, personally, not so much by the violence I see outside, even though I am very discouraged about that. I am most discouraged by once again the lack of the evangelical church, which I am a proud member of, not necessarily taking the lead in solving some of these very, very deep problems,” provost Dwight Perry said in the video.

Perry, the author of Breaking Down Barriers: A Black Evangelical Explains the Black Church, is working with Jobe to review Moody history to ensure the school is “reflecting God’s values” regarding racial issues. It did not include any details of this process, a timeline, or possible outcomes.

Moody has promoted several initiatives and resources around diversity in the years since a 2015 campus controversy over “white privilege.” Posters for an event hosted by a black student group titled “White Like Me” were vandalized, and a theology professor spoke out to suggest the term was unbiblical.

Then-president J. Paul Nyquist released a statement affirming the event, decrying the misunderstanding of white privilege and addressing the need for more ethnic diversity on campus. Moody professor Jamie Janosz wrote for CT at the time of the incident, calling on the campus—whose long history dates back to include civil rights icon Mary McLeod Bethune as an early African American student in the 1890s—to stop putting up defenses and listen.

Black students (like at other majority white evangelical institutions) have continued to report experiencing microaggressions, discrimination, and racial tension on campus, according to accounts published in Relevant Magazine in 2018.

The issue of blackface in college yearbooks reemerged last year around a photo discovered on Virginia Gov. Ralph Northam’s 1984 med school yearbook page. (Liberty University president Jerry Falwell Jr. recently apologized for tweeting a picture of that blackface photo on a COVID-19 mask as a jab at the governor.)

In 2019, USA Today reviewed 900 yearbooks from over 120 institutions and found that “a stunning number” of colleges and universities published photos of students in blackface during the 1970s and 1980s. The report found 200 examples of offensive or racist material at colleges in 25 states. The report did not specifically identify if any of the schools were Christian institutions.

A few examples of contemporary blackface costumes have come across Christian students’ social media feeds in recent years, like a group of Whitworth University soccer players who wore afro wigs and black makeup to dress up like the Jackson 5 in 2015 and a pair of Abilene Christian University students expelled over a blackface Snapchat in 2016.