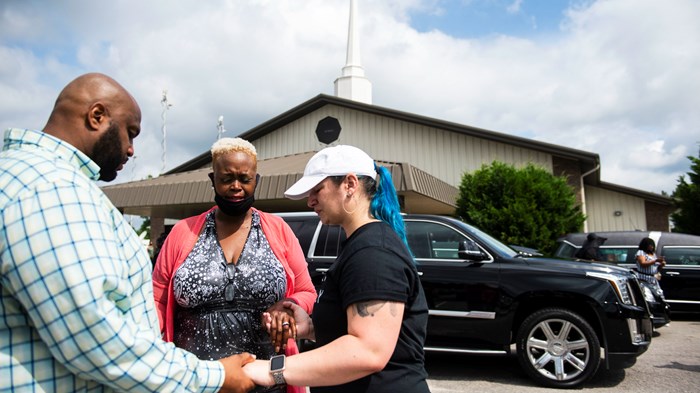 As protests continue across America, Christians may be shifting their views of the church’s role in addressing racism, becoming more outspoken and involved in the current movement for racial justice.

Nearly all US pastors (94%) agree that “the church has a responsibility to denounce racism,” and most (62%) say their church has made a statement on the unrest stemming from the May 25 death of George Floyd, according to a Barna Church Pulse Poll released today.

The poll, conducted over the past week, also found that 76 percent of pastors say the church should support peaceful protests occurring in response to Floyd’s killing.

More research is needed to be sure Christians’ attitude toward racism is changing, said David Kinnaman, president of the Barna Group. “But there are a couple of indications that pastors are as open as they’ve ever been” to addressing racial discrimination.

Nearly two-thirds of pastors say they have spoken out to address the moment, and about the same “strongly agree” that it’s important for church leadership to publicly show support for people of color. Many churches, denominations, and ministries released statements on Floyd’s death, along with resources on racial reconciliation.

In a sample of the statements from some of the biggest evangelical organizations—groups like the Assemblies of God, InterVarsity Christian Fellowship, and several of the largest megachurches in the country—most appealed to Christian teachings on justice, the imago Dei, and lament. 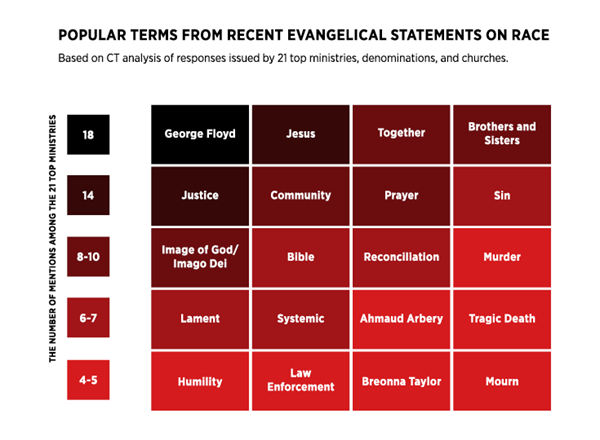 Many pastors also took the opportunity to preach on race. A Pew Research Center survey conducted earlier this year showing that white evangelicals were far less likely than black Protestants (39% vs. 62%) to believe churches should “offer sermons that address political topics” like “race relations.” (Esau McCaulley, a Wheaton College professor and black Anglican priest, previously urged pastors in both majority white and majority black and brown churches to clearly address racism from the pulpit in an article for CT Pastors.)

According to Barna data published last year, 42 percent of white Christians said they believe America’s history of slavery and racism continues to impact African Americans, and about 1 in 5 pastors (19%) across all ethnic groups said there’s nothing the church should do to respond to America’s history of racism.

Yet, in recent weeks, cities across the nation have witnessed large public gatherings of Christians. In Chattanooga, Tennessee, for instance, an interracial prayer service was scheduled for June 16. Thousands gathered for prayer near the White House on Sunday.

In Birmingham, Alabama, the predominately black Greater St. John Baptist Church has intensified its friendship with Dawson Memorial Baptist Church, a predominately white congregation. Some 150 members of the two churches gathered June 15 to discuss privilege, poverty, and the intersection of race and religion.

Following three recent killings of African Americans by civilians and police (Floyd, Ahmaud Arbery in Georgia, and Breonna Taylor in Kentucky), “both churches saw a need for discussion to take place,” Greater St. John pastor Nathaniel Brooks said. “It was a domino effect.”

Around a third of the 400 pastors surveyed continue to believe the church should not be involved in movements aimed at political change, according to this week’s Barna poll.

A majority (61%) also said that the current conversations about race are “too political.”

“In this moment,” Kinnaman said, “church leaders are going to have to lead with humility and with being connected to the thoughts and perceptions” of others.