Asian Americans Call on the Church to Preach Against Coronavirus Racism 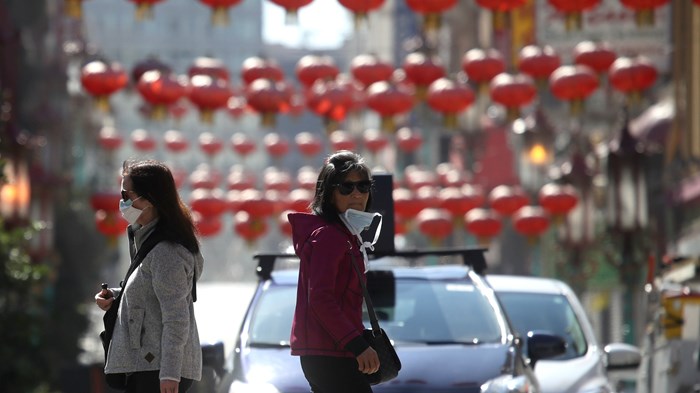 Inspired by their convictions around human dignity and their hope in the body of Christ, Asian American believers are asking the church to take the lead in opposing anti-Asian racism fueled by the coronavirus pandemic.

The Asian American Christian Collaborative today released a statement describing the current rise in anti-Asian incidents—by some counts, more than 750 reports just last week—as the latest in the long history of “yellow peril” tropes in the US.

The statement denounces xenophobia, stands in solidarity with victims, and directs Christians to speak out and make changes in their churches, schools, and communities.

“Our hope would be that people would address this from the pulpit,” said Ray Chang, who collaborated on the statement with church planter and writer Michelle Reyes. “There is no Good News without the bad news.”

The statement evokes the Christian commitment to neighborly love, calling for signatories to “engage in whole-life discipleship in your churches, and embrace the teaching and work of Jesus, by actively combating anti-Asian racism from the pulpit, in congregational life, and in the world.”

Asian American Christians have been vocal about racist remarks, characterizations, and violence since the earliest days of the outbreak.

“‘America first’ or ‘my own race first’ is not living out the Parable of the Good Samaritan, where Jesus defined our neighbor as the one who is most hated,” wrote Allen Yeh, Biola University professor of intercultural studies, back in mid-March. “In times of fear, take this as an opportunity to defend and support those who are most targeted and marginalized.”

Over the past couple weeks, the scope of the threat has become clearer with a spike in media reports on recent incidents, including a stabbing in Texas targeting an Asian family because of the virus. The Federal Bureau of Investigation has warned about a potential surge in hate crimes against Asian Americans.

“Asian Americans are being spat on, beaten down, bullied. Asian restaurants were being avoided long before all non-essential businesses were getting shut down,” wrote Grace P. Cho, editorial manager of Incourage. “On top of the fear and stress we all carry concerning the health and safety of our loved ones, racism against Asian Americans adds another layer to the anxiety, and we are weary.”

Russell Jeung, chair of Asian American studies at San Francisco State University, tracked a 50-percent rise in coverage of anti-Asian racism linked to the new coronavirus between early February and early March. He predicts many more take place that never make the news, and set up a site to track reports of incidents in multiple languages.

“I pray that Asian Americans don’t allow the hate and stigmatization to steep into their hearts,” Jeung, also the author of the spiritual memoir At Home in Exile, told CT. “Instead, may they recognize that their ethnic and racial backgrounds are God’s gift to them and the broader church.”

Christians like Reyes, a leader at Hope Community Church in Austin, have seen the discrimination in their own communities. A family in her congregation had their son chased by neighborhood kids yelling “coronavirus” and “go home,” and several pulled their kids from schools before the closures due to taunting from classmates.

Chang experienced remarks firsthand—a woman pointing and saying “there’s another one”—when he finally ventured to Walmart after a week in quarantine.

Worried that fellow Christians were ignoring or downplaying the problem, even calling people “snowflakes” for taking issue with terms like “Chinese virus” or “Wuhan flu,” they rallied together Asian American voices to address the racism they knew was real and posed a serious risk.

The statement, coupled with a range of informational resources for churches and leaders, is an effort to rally Christians to lead the way in quashing discrimination.

Several Christian leaders had already spoken up over the past week to grieve the continued reports of racist incidents and stand with Asian Americans.

“Pastor, don’t leave God’s people in the bondage of fear, lead them into the freedom of love. Condemn racism against our Asian neighbors,” tweeted Mika Edmondson, pastor of New City Fellowship in Grand Rapids, Michigan.

While the American church has had incidents of racial insensitivity and stereotyping toward Asians in its own past, statement organizers believe that with a willingness to listen to Asian American concerns and lean into a robust theology of human dignity, the church has the potential to lead the way in unprecedented and scary times.

“The church can play a powerful, prophetic role during this pandemic,” said Jeung, the researcher. “By preaching a message of peace and reconciliation, by caring for the sick and the marginalized, we would be a bright light in this time of darkness. Condemning anti-Asian hate and welcoming immigrants signals Christ’s embracing love.”

Asian Americans Call on the Church to Preach Against Coronavirus Racism

Asian Americans Call on the Church to Preach ...