Without the typical influx of volunteers, ministries revise their plans and experts fear a COVID-19 kink in the missionary pipeline.
David Roach|March 22, 2020 05:00 PM 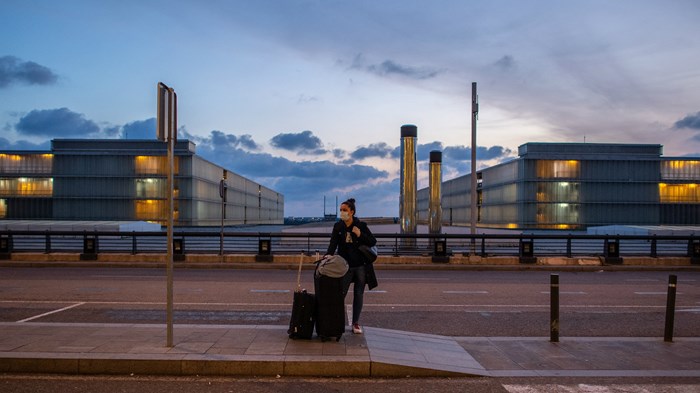 The sudden halt in mission trips has left some volunteers stranded, ministries scrambling for assistance, and missions organizations concerned about the inevitable long-term fallout of coronavirus cancellations.

Each summer, Cru sends up to 1,500 college students on international mission trips and about the same number on domestic ministry assignments. But this year, the COVID-19 global pandemic is changing everything.

Out of more than 100 Cru international mission trips once scheduled for this summer, “not one of them is going to take place,” said Daniel Higgins, associate executive director of Cru Global. Cru has announced it will suspend all international ministry travel through July 31.

In lieu of physical trips, the college-focused evangelism and discipleship organization is working to organize “virtual mission trips,” including virtual prayer walks using Google Maps and sharing the gospel with students at international universities through social media. Though optimistic about the push for online evangelism (one Cru website has recorded up to 2,300 decisions for Christ per day), Higgins acknowledges that volunteers on the ground are “really critical” for Cru’s work.

The story is similar at other mission organizations. Approximately 20 percent of all US-based international mission work each year is done by short-term volunteers, according to an analysis by sociologist of religion Robert Wuthnow. That translates to 1.6 million US church members annually going on international mission trips and doing work valued at $1.1 billion (not counting preparation time and travel days).

Yet that activity has ground to a virtual halt, with the US State Department warning Americans to “avoid all international travel” because of the coronavirus and the Centers for Disease Control and Prevention urging caution with domestic travel.

Some Christians who traveled for mission trips over spring break in early March were left stranded and still have not returned home, including dozens in Guatemala, Honduras, and Peru, which is sparring with the US over whether to let Americans fly back.

The pause of both international and domestic mission trips has potential both to disrupt short-term ministry and hamper missions giving and missionary recruitment long-term, missiologists say.

In light of canceled mission trips, ministries are developing creative solutions to mitigate the effects of lost volunteer labor. Meanwhile, mission leaders wonder whether virtual trips and other attempts to help from afar can make up for the absence of short-term missionaries.

Hardly any mission organizations “are continuing to run their short-term program,” said Ted Esler, president of Missio Nexus, an organization of 285 mission agencies and some 100 mission-focused churches. The “fallout will be seen in the years and months ahead.”

Taylor Field is among domestic missionaries affected by the slowdown of short-term volunteers. Funded by the North American Mission Board of the Southern Baptist Convention (SBC), he brings in 400 short-term volunteers a year to help at Graffiti Ministries in Lower Manhattan, a church and compassion ministry.

With 8,000 confirmed cases of coronavirus in the city and an order by New York Governor Andrew Cuomo for all nonessential workers in the state to stay home, “teams are beginning to cancel down through the summer,” Field said.

Without its typical slate of volunteers, Graffiti has begun to rely on volunteers within walking distance to help feed the homeless and teach them how to practice social distancing. The usual tutoring programs and worship gatherings have given way to grab-and-go meals as well as demonstrations of proper hand-washing technique and how to cover coughs with your arm. Some volunteer teams are still delivering supplies to Graffiti, including 6,000 meals from Send Relief, the SBC’s channel for compassion ministry.

“At our ministry center, there’s always a plan B,” Field said. If that doesn’t work, “there are 24 more letters in the alphabet. We’ll find a way to do this.”

Across mission organizations broadly, Cru and Graffiti may be exceptions in their reliance on volunteers for day-to-day ministry operations, as the mission landscape continues to debate the place of short-term mission trips (see CT’s 2019 cover story on “gospel tourism”). Critics contended short-term volunteers “are often poorly trained or organized and are essentially a drain on the busy schedules of full-time workers,” Wuthnow wrote.

Disruptions to giving and recruitment

Consequently, most agencies do not use enough out-of-town volunteers for the COVID-19 drop-off to affect ministry operations, Esler said. However, even organizations that don’t directly depend on short-term volunteers acknowledge they play a key role in long-term missions success.

The Dallas-based church planting organization Christar sends only 20–30 volunteers annually to assist nearly 300 workers in over 30 countries. Most volunteer projects are not “traditional short-term trips that are building something or doing a VBS,” said Andrew Broeckelman, Christar’s director of mobilization.

Volunteers tend to focus on “seeing what life as a long-term worker looks like,” he said. As a result, it’s not uncommon for short-term workers to “catch the vision” and become long-term overseas workers.

Participants in upcoming summer trips have begun to cancel, Broeckelman said. While that will have minimal effect on ministry now, “it really hinders the ministry the most with [recruiting] potential long-term people.”

In addition, short-term volunteers tend to give more money to missions upon their return. According to Wuthnow’s analysis, Christians who participate in volunteer trips report that 5 percent more of their giving is devoted to international ministries than the giving of Christians who have not gone on a mission trip. Overall financial giving to Christian causes is “substantially higher” among mission trip participants.

Those realities could mean fewer missionaries sent in the future and fewer dollars given to support them—thanks to COVID-19.

The immediate effect of coronavirus cancelations may be more significant at large mission organizations. Cru, for example, utilizes approximately 12 percent of the trip fees paid by each short-term volunteer to help fund work around the world. That yields about $430,000 annually, Higgins said. This year, many of those funds may not be available.

SBC and Assemblies of God

The SBC’s International Mission Board (IMB) is America’s largest sender of short-term volunteers, according to records compiled by Missio Nexus. In 2016, it sent 20,000 people on volunteer trips of two weeks or less. Earlier this month, the IMB recommended that churches postpone volunteer trips through at least April 30.

The coronavirus “has meant the cancelation of hundreds of Southern Baptist churches’ planned short-term volunteer mission trips to engage in the missionary task alongside our IMB missionaries and national partners,” said Charles Clark, IMB vice president of mobilization.

Volunteers unable to proceed with their trips should pray for IMB missionaries around the world, he said, many of whom “live in areas with closed borders, restrictive quarantines, and a high incidence of infection by the virus.”

Among the other largest senders of short-term missionaries, according to Missio Nexus, Assemblies of God World Missions sent 10,489 volunteers on trips of two weeks or less in 2016, the Church of the Nazarene sent 8,484, and SCORE International sent 6,500.

Earlier this month Assemblies of God World Missions placed all missionary personal under an indefinite international travel restriction and requested all mission trips be deferred. Its executive director and Northern Asia regional director have both been hospitalized with COVID-19.

Another issue for some short-term volunteers is not being able to return to the US now that the coronavirus crisis has escalated. One Orlando, Florida, mission team was working in Honduras when the Honduran government closed the country’s borders March 17, Orlando’s Fox 35 reported.

The team’s “goal is to rescue kids living in poverty and bring them into safe, loving shelters,” said team member Stephen Hauck, a Fox 35 anchor. “With the country now on a seven-day lockdown, the volunteers need their own help.”

Several other mission trips serving in Honduras have run into the same issue. Meanwhile, Peru’s travel ban continues to frustrate American groups who were scheduled to return but can no longer fly home.

The US State Department has warned that other countries “may limit traveler mobility, including quarantines and border restrictions … without notice.”

Despite the challenges of COVID-19, many ministries appear hopeful rather than panicked.

“I’m wondering what the Lord is up to, like all of us are,” Higgins said. “I just have this sense that the Lord is going to prepare people” and perhaps bring about “an openness spiritually.”