Glenn and Pauline Plummer say they are ambassadors, but some see a secret agenda to convert Jews.
Daniel Silliman|November 11, 2020 11:30 AM 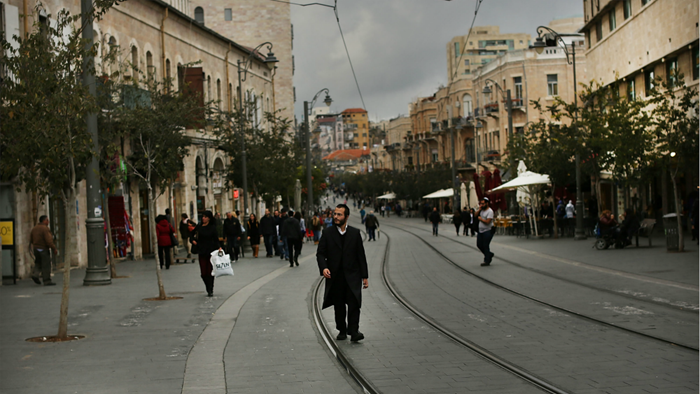 Glenn and Pauline Plummer had barely unpacked in Israel before the counter-missionaries came after them.

The Church of God in Christ (COGIC) bishop and first lady moved from Detroit in September. They were met by a YouTube video of spliced-together clips showing the couple on Christian TV talking about winning souls, baptizing people, and moving to Israel. The footage was taken from several different sources and from a number of different years, but combined to make it look like the Plummers were planning a major campaign to convert Israeli Jews.

Citing the online evidence, anti-missionary rabbis raised an alarm and demanded investigation into what the COGIC minister and his wife were doing in the country and how they were even allowed visas.

“He is going to baptize the people here in Israel,” warned Tovia Singer, an Orthodox rabbi who heads one anti-evangelical group. “All these groups are out there and they are targeting Jews for conversion. And they are after the very young, the very old. They love to convert anyone, but they go after anyone who is weak.”

Proselytizing—attempting to convert someone to a new faith—is not illegal in Israel as it is in many countries in the world. The laws prohibit attempts to evangelize anyone under 18 and say that missionaries cannot offer material benefits in exchange for conversion. But otherwise, Christian missionaries may urge Jews in the Jewish homeland to change their faith.

Many Jews see proselytizing as offensive, however, especially in Israel. The nation was founded as a Jewish homeland after Nazi Germany eradicated six million Jews and then other countries, including the United States, would not accept Jewish refugees. Conversion, critics say, is another kind of eradication.

The Plummers, for their part, say they understand that and have no intention of attempting to proselytize. They say the video is misleading.

“Never one time in my whole life have I even had a conversation with a Jew about converting to Christianity,” Glenn Plummer said. “I know full well the sensitivity of the Jewish people when it comes to Christians. I know the history of the Catholic Church and of the Crusades. I understand that. And I stand with Jews on that whole point.”

Plummer was appointed Bishop of Israel in November 2019. It is a new position, created by the 6.5-million-member African American Pentecostal church. There are no COGIC congregations in Israel, but church members regularly go on trips to the Holy Land and Plummer has gone more than 20 times since 1996.

When Plummer was anointed for the task by COGIC leaders, he spoke of establishing an embassy in the country and improving relationships between African Americans and Israel.

“The Holy Land is the birthplace of our faith,” he said in his first official statement. “We embrace Israel and are determined to bless Israel in very tangible ways.”

Some Israeli organizations, such as the International Fellowship of Christians and Jews, have reached out to African American Christians in recent years to encourage tourism and establish connections. Organizers hope black Americans, who are almost all Christians and almost all vote Democratic, will support Israel as staunchly as most white evangelicals.

Plummer is considered “a national leader in the pro-Israel community,” according to the Israel Allies Foundation. He founded the Fellowship of Israel and Black Americans.

“God blesses those who bless Israel,” Pauline Plummer told an Israeli paper. “We want to make sure that black Americans understand that the way to bless Israel is to speak well of Israel.”

American Jews who have worked with Plummer in the United States say he is a reliable ally and they think the counter-missionary concerns are misplaced.

“Glenn is quick to defend Israel and Jews in all the time I’ve known him,” said Mark Jacobs, who organizes African American outreach in Michigan for the American Israel Public Affairs Committee, a pro-Israel lobbyist group. “I’ve witnessed him preach that from the pulpit, and it’s evident his convictions are deep and sincere.”

The counter-missionary groups are not reassured, however. They point out that one of Plummer’s previous titles was “COGIC Director to Israel Missions” and some of the promotional material recruiting African Americans for trips to the Holy Land explicitly said, “This is not just a tour, this is a MISSION!”

One rabbi accused Plummer of “slick double-talk,” and a columnist wrote that the COGIC bishop “has perfected the art of nearly-but-not-quite saying something.”

The counter-missionary movement appears to have grown in recent years—if not in size, then in intensity. The movement successfully challenged the launch of a Hebrew-language Christian TV channel this summer, getting Israel’s Cable and Satellite Broadcasting Council to revoke its license. A group physically blocked the entrance to a Messianic Jewish meeting and harassed people entering the building until stopped by a court order. Christian converts to Judaism are given platforms to talk about how evangelicals use deceptive tactics to trick Jews.

The counter-missionaries say Christians like the Plummers may talk about being ambassadors, but they are lying.

“Their real intentions … are to pave the way for missionary activity,” said Rabbi Reuven Wabshat, “to hunt down innocent souls.”

The Plummers, settling into their new home in a suburb of Jerusalem, were surprised by the controversy. They had not experienced oppostion on any of their previous trips.

“I was not prepared for the kind of attack we experienced,” Glenn Plummer said. “We’ve had to contact the police to discuss this.”

They hope the opposition will fade with time. In the meantime, the YouTube video has been removed for copyright violations.