Predicting a movement of black conservatives coming out of megachurches, he joined forces with the Religious Right to influence national politics.
Daniel Silliman|November 10, 2020 11:50 AM 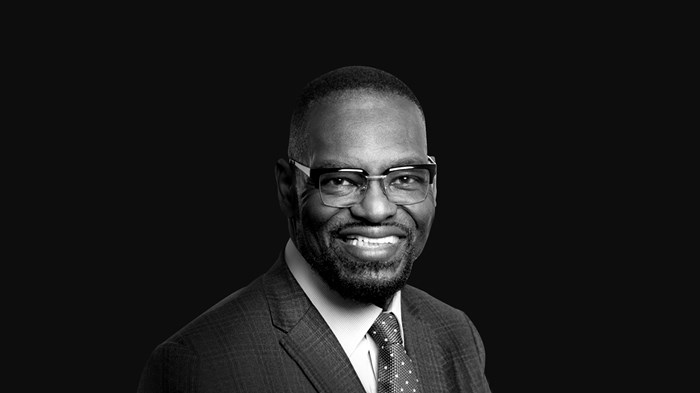 Harry R. Jackson Jr., herald of a new black church and a voice of black conservatism, died on Monday at the age of 67.

Jackson was the bishop of an independent charismatic megachurch in Maryland. He allied with the Religious Right to call for a new civil rights movement that focused on abortion, opposing same-sex marriage, and promoting social policies that would strengthen black families. He regularly announced the coming of a new movement of black Christian conservatives that never quite materialized, but he pushed white evangelicals to use their political influence for more quid pro quo dealmaking.

Jackson achieved his greatest influence in Donald Trump’s White House, frequently attending functions, praying publicly, and advocating for policies such as the First Step Act, a prison reform bill that was signed into law in 2018.

“You can’t be a prophet to the culture while you’re standing outside of the room,” Jackson said in response to critics.

In the White House on Good Friday, Trump introduced the bishop as “a highly respected gentleman who is a member of our faith and a person that we have tremendous respect for.”

Jackson was born to Essie and Harry Jackson Sr. in Cincinnati in 1953. His parents had fled north from Florida only three years before, after his father was nearly killed by a white police officer. In Ohio they made a new life and did well enough to send their son to a private school. Most of Jackson’s classmates were wealthy. All of them were white. Jackson’s father told him the school was so expensive, this was his financial inheritance.

“That was the generation that felt education could do it for black people,” the younger Jackson recalled.

He excelled academically and on the football field, where he was good enough to try out for the New England Patriots. He didn’t make the team, and his mother later told him she was praying he would fail so that he would become a minister like her father.

Jackson didn’t immediately turn to ministry, though. He earned an English degree at Williams College, a liberal arts school in Massachusetts, and a master’s in business administration at Harvard University. He got a job as a salesman for Republic Steel.

When his own father died in the late 1970s, Jackson felt the call to ministry. He continued to work for the manufacturer during the day but opened a storefront church with his wife, V. Michele Jackson, and started holding services.

“Preached downtown in the ‘hood,’” he said. “I was trained in the field.”

In 1981, Jackson took a job at Corning Glass in Corning, New York, selling the company’s windshields, television picture tubes, and new optical fiber. He also started a charismatic church outside of town, with a congregation that was predominantly white.

Seven years later, he accepted a call to full-time ministry at Hope Christian Church in Beltsville, Maryland. He remained there for the rest of his career, growing the multiethnic megachurch to 3,500 people.

Jackson’s preaching combined a heavy focus on sexual morality with condemnations of the culture and a promise of empowerment that some saw as bordering on prosperity theology.

“We live in a hardhearted secular age that has turned away from God and fallen in love with personal pleasure,” Jackson wrote in You Were Born for More. “Choosing to live an empowered life, transformed by the grace of God and discipleship of godly teachers and mentors, will bring us into the kind of relationship with God that opens up channels of blessing.”

He talked about a “new black church” and high-impact churches, pointing to the ministries of megachurch pastors such as T.D. Jakes and Eddie Long as examples. These churches would speak with authority and relevance that older, smaller churches had lost, Jackson said.

Jackson started speaking out about political issues in 2004, after he received a word he believed was from God, telling him, “You will prophesy outside the walls of the church.”

Jackson thought the Democratic Party had taken African American voters for granted and promoted policies that hurt black families. He identified with the social conservatives fighting against abortion and gay rights—especially same-sex marriage. At the same, he thought the white evangelicals were taken for granted by the Republican Party and should push harder for its agenda. Leaders should have demanded something for their support of George W. Bush in 2000, Jackson said.

As Bush campaigned for reelection, Jackson rolled out an agenda for black social conservatives. He started with traditional conservative Christian issues but also argued for government policies promoting homeownership among African Americans and criminal justice reform. He predicted the rise of a movement of black conservatives, coming out of the megachurches.

“The black church has come of age in terms of size, finances, and political power,” Jackson said. “The new black church is led by a creative, entrepreneurial and freethinking group. These leaders realize that they are privileged to serve some of America’s most gifted people. It would be easy for them to predict that the next leading talk show host (Oprah Winfrey), award-winning actor (Denzel Washington), CEO of American Express (Kenneth Chenault), and chairman of Time Warner (Dick Parsons) are attending a black church and being shaped by its message.”

Jackson was welcomed with open arms by conservatives, including popular Fox News host Bill O’Reilly, Senator Sam Brownback, and Family Research Council President Tony Perkins. They believed Jackson was showing Republicans how the agenda of social conservatism was key to winning over an important bloc of black voters. Ted Haggard—at the time president of the National Association of Evangelicals—said Jackson was “building a bridge between white evangelicalism and African American evangelicalism that we haven’t had in 20 years.”

It wasn’t clear how many people were really on the African American side of the metaphorical bridge, but Jackson continued to rise in prominence in political circles, frequently appearing on TV and radio and speaking at conservative events as the voice of religious black conservatism.

Jackson continued to note that he was a registered Democrat, though as he told Christianity Today in 2006, this was less because he identified with the party and more because it opened some doors and preempted some criticism.

“Being able to say I'm a registered Democrat disarms many of the people who want to write me off as an ‘Oreo’ or an 'Uncle Tom,’” he explained. “There are a whole lot of black Christians who may not be Republicans but who share similar moral values. So I appeal to the fact that more than two million black babies have been lost to abortion over the last four years and that over 70 percent of black babies are born to unwed mothers.”

Jackson threw himself into the fight to defend traditional marriage, advocating for ballot measures and constitutional amendments from Florida to California that would bar same-sex unions from being recognized as marriages. TheWashington Post called him “one of the more vociferous leaders in the anti-gay-marriage movement across the country.”

“I just feel like I’m on a mission,” he told the newspaper. “It’s not a mission of hate. It’s a mission to protect godly boundaries.”

After Trump was elected, Jackson became one of the most prominent African Americans among the president’s unofficial evangelical advisors. He prayed at the inauguration in 2016 and frequently visited the White House. He praised Trump for giving evangelicals unprecedented access. He also defended Trump against charges of racism.

Critics said Jackson was being used by the Trump administration to lend credibility to an agenda that would hurt black people, but the bishop dismissed them. He said they didn’t understand how power worked, and that he was gaining influence in the administration.

Jackson encouraged the president’s steps toward criminal justice reform and also spoke to Vice President Mike Pence about systemic racism and police violence after George Floyd’s death in May sparked nationwide protests. Jackson said some police departments should be defunded and conservatives needed to stop minimizing the deaths of black men in police custody.

Jackson was invited to pray at the White House on Good Friday and used the opportunity to ask God to unite the country.

“Lord, cover us with a cloud by day and a fire by night,” he said. “Lord let e pluribus unum be a reality in us. Let there be a uniting of America. Heal the divide between race, class, and gender. Once again give this great man our president, and give the vice president wisdom beyond their limitations.”

The cause of Jackson’s death is unknown.