Even after doubling the number of GOP women in the House, abortion restrictions still face an uphill battle with a Democratic majority.
Megan Fowler|November 6, 2020 01:47 PM 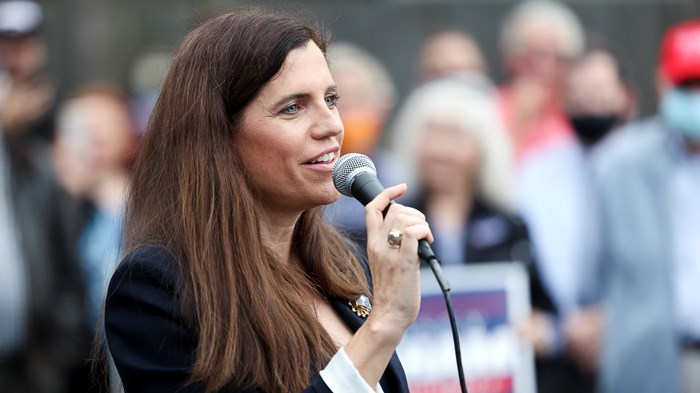 Pro-life legislators in the US House of Representatives made major gains on Tuesday with the election of 13 new pro-life women and the reelection of the House’s 11 incumbent pro-life women.

With female pro-life candidates running in eight House races that have not been called, the pro-life presence could still grow.

Pro-life groups welcome the new representatives and the encouragement their presence will provide to their pro-life colleagues.

Carol Tobias, president of the National Right to Life Foundation, said men advocating for the rights of the unborn are sometimes dismissed because they don’t deal with the direct effects of pregnancy the same way as women do.

“Bringing in more pro-life women will give encouragement and support to the leaders who have been speaking up for years,” she said.

All of the pro-life representatives elected this week are Republicans, and many say their position on abortion stems from their Christian faith.

“These gains are a repudiation of abortion extremism and further evidence that life is a winning issue in politics,” said Marjorie Dannenfelser, president of the pro-life Susan B. Anthony List in a statement celebrating the surge in pro-life women elected.

Mace, a 42-year-old single mother of two, will now become the first Republican woman to represent the 1st Congressional District. Mace mentions among her positions that she believes the right to life is God-given.

Diana Harshbarger, a pharmacist from Kingsport, Tennessee, won about 76 percent of the vote to serve Tennessee’s 1st Congressional District. She served as Sunday school teacher of 25 years, and according to her campaign website, derives her pro-life position from her faith.

In one of her campaign ads, Harshbarger says, “Jesus is Lord, and his light fills our lives, even through the chaos. Even as we’re attacked by our neighbor, his hand and our faith will guide us to salvation.”

Mary Miller, the new representative for Illinois’s 15th Congressional District, said, “My family and my faith in God always come first.” She has served as a Sunday school teacher and Vacation Bible School volunteer, and she attends Oakland Christian Church in Oakland, Illinois.

Florida representative-elect Kat Cammack, who will become the youngest Republican woman in the House at age 32, gained the support of Baptists, Methodists, Mormons, and Catholics in her district when she launched a Faith and Pro-Life Coalition. “As a young, millennial, pro-life woman, I have the unique opportunity to engage with my generation and those younger on the importance of fighting for the unborn,” she said.

With Democrats maintaining control of the House, Tobias said it was unlikely the pro-life representatives could advance any legislation restricting abortion, but she is “thrilled” to see more leaders opposed to abortion coming to the Capitol.