Camps and conferences, a sector that had been dramatically affected by COVID-19 shutdowns, actually saw the biggest boost in funds and historic levels of support.
Kate Shellnutt|December 9, 2021 03:34 PM 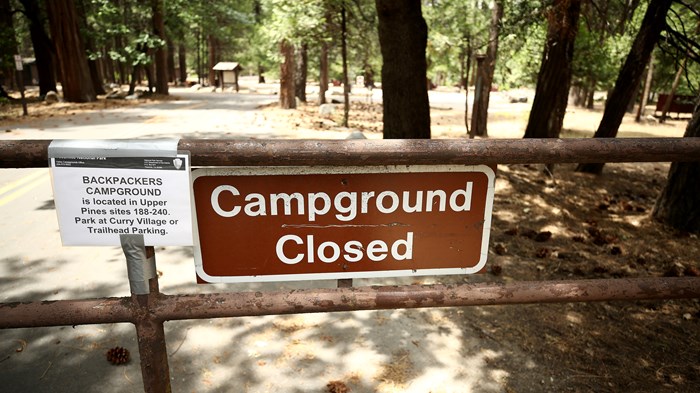 When the pandemic took off last year, evangelical ministry leaders had two concerns in mind: how would they continue their mission amid the COVID-19 restrictions and how would they stay afloat financially to keep operating into the future.

Many of those leaders are now praising God for his provision, as donations to evangelical nonprofits increased in 2020. Even organizations whose ministry activity took drastic hits saw outsized support from donors, according the Evangelical Council for Financial Accountability (ECFA) annual State of Giving report.

During a year when cabins and retreat centers remained empty, camps and conference ministries saw the biggest boost in giving compared to any sector, with a 21 percent surge in 2020.

Hume Lake Christian Camps in California raised $7.75 million, around double the camp’s typical annual fundraising, to make up a $6 million shortfall. During the initial lockdown, camp staff placed 10,000 calls to reach out to supporters and pray for them.

Then the donations to its relief fund kept coming—from former campers who gave their life to Christ in Hume Lake’s cabins, couples who had their marriages restored at its retreats, and even a grandma who wanted to sponsor a new camper and wrote a check to give the $8,000 she made selling homemade jam at a roadside stand.

“People sacrificially gave to a ministry that touched their lives or that they believed so deeply in,” said John Boal, chief development officer at Hume Lake.

“Donors stepped up and filled the gap,” said Jake Lapp, vice president of membership and accountability at ECFA. “We talked to many [in the camps and conferences sector] who said that it was their biggest year ever.”

A 75-year-old camp located in Fresno, Hume Lake had hosted around 20,000 kids a summer before the pandemic, so calling off spring and summer programming last year meant losing $17 million in revenue during a year when finances seemed unpredictable.

“It felt daunting,” said Boal. “But when giants come my way, whether professionally or personally, I try to step back and look at my theology. And my theology is that God’s in control and God will provide.”

Prior to starting its $6 million relief fund campaign, Hume Lake had to tap into its cash reserves. Among ECFA members, Christian camps and conferences were more likely than any other type of evangelical nonprofit to deplete their reserves, with 10 percent spending all their reserves in 2020 and 14 percent doing so in 2021.

Overall, three-quarters of ECFA nonprofits and churches left their cash reserves untouched the first year of the pandemic and two-thirds left them untouched this year.

Pulling from financial information from 2,600 members, the new State of Giving report offers the clearest picture so far of how evangelical groups fared financially during the pandemic, and as with the boost in the camp sector, some of the biggest takeaways were unexpected.

Even though Americans were making less money due to the economic crisis, they were giving more away. While wages were down 2.9 percent, donations to ECFA members were up 3.2 percent—a gap of more than 6 percent.

The financial trends defied some historic patterns for nonprofits. Churches and ministries that were steadily growing prior to the pandemic were actually less likely to experience a pandemic bump in support than those whose giving had been declining. Fifty percent of growing organizations saw donations increase, compared to 65 percent of declining organizations, the report said.

Giving was up in 26 of 36 nonprofit sectors, with camps and conferences, rescue mission and homeless, discipleship, anti–human trafficking, and health services organizations seeing the most growth.

More than half of ECFA member churches in 2020, and nearly two-thirds in 2021, said their giving was the same or higher than the year before. But the trends were less positive across the board for congregations.

Churches saw cash giving dip 1.2 percent last year, according to the State of Giving. Among ECFA members, the biggest megachurches—with over $20 million in annual revenue and 8,000 attendees—had a 6 percent increase in giving in 2020, while giving levels for smaller churches dropped.

“Larger churches tend to have a wider range of economic levels among their members, which might help explain why they’ve been able to weather the pandemic better, as some of their more financially established members have had consistent giving to their church during the pandemic,” said Warren Bird, senior vice president of research and equipping at ECFA.

Digital giving platforms, which were correlated with more consistent and higher giving levels before the pandemic, became a crucial tool for financial stability once churches were no longer gathering in person. Bird noted that while larger churches may have been more likely to offer digital giving in the early months of COVID-19, churches of all sizes have since embraced the technology.

“Since early 2020, we have seen a huge uptick in the online presence of many churches, which has also resulted in increased giving across the board,” said Justin Dean, director of marketing at Tithe.ly, one popular giving platform.

“What we’ve seen is that it doesn’t matter if you’re a large church with staff and resources, or a small church with just a few staff members wearing multiple hats. What matters is embracing technology that will come alongside you and grow with you, and staying consistent with it.”

The ECFA findings, which are based on members’ financial information from the 2020 fiscal year, follow previous surveys that have shown that most churches ended up with steady or improving budgets, despite the fears of economic downturn.

Last month, a survey by Lifeway Research found that most pastors report giving in 2021 was at or above 2020 levels. But for a minority of congregations, the decline is acute. One in 14 churches saw giving drop by 25 percent.