New leader of Middle East Council of Churches says the quality of believers preserves their witness, if not their numbers.
Jayson Casper|February 19, 2021 10:20 AM 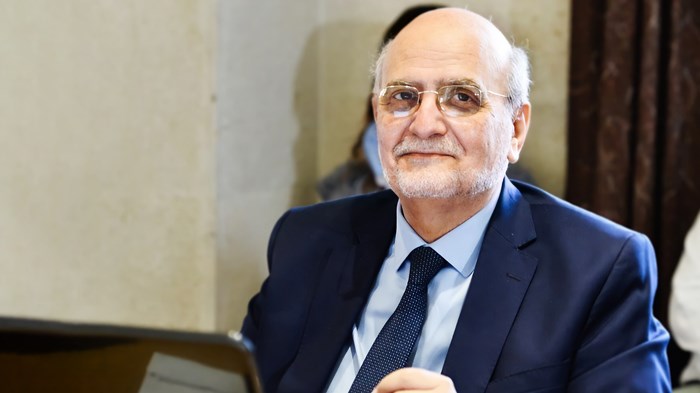 Image: Courtesy of The Middle East Council of Churches

Pope Francis will make the first papal visit ever to Iraq in March to encourage the dwindling faithful. War and terrorism have hemorrhaged the nation’s Christians, but he hopes they might return.

Meanwhile in Lebanon, Michel Abs, recently selected as the new leader of the Middle East Council of Churches (MECC), agrees with the pontiff. But in an interview with CT, he said that schools and hospitals have distinguished Christians, who he hopes might even increase in number—and quality.

And Protestants, he said, have a lever effect that raises the whole. Representing only 7 percent of the regional Christian population, they have a full one-quarter share in the council.

The MECC was founded in 1974 by the Protestant, Greek Orthodox, and Oriental Orthodox denominations. Catholics joined in 1990 to complete its diverse Christian mosaic.

According to the Pew Research Center’s 2010 Global Christianity report, Orthodox believers represent 65 percent of the Middle East’s Christians, with Catholics an additional 27 percent.

But it was the Protestants who helped give birth to the ecumenical movement that joined them together. The 1934 United Missionary Council became the Near East Christian Council in 1956, and the Near East Council of Churches in 1964.

“Despite the difficulties we face today, being one is the solution,” Abs said in his acceptance address last October.

“This vine that the Lord planted two millennia ago will continue to spread, to include ever-growing areas of the planet.”

A Lebanese Orthodox, Abs represents the ecumenical diversity of the Middle East. His father was educated by Protestants, and married a Catholic. An economist and sociologist, he is a lecturer at the Jesuit St. Joseph’s University in Beirut.

CT interviewed Abs about the regional influence of Christians, the nature of persecution, and the witness of the gospel in the Middle East:

Congratulations on your election as general secretary. From this position, how do you describe the current situation of Christians in the Middle East?

It has been a difficult decade. The emerging movement of fundamentalism has harmed both Christians and Muslims. Everyone is in danger. We have to deal with turbulent times with much wisdom and solidarity. We need a long-term vision.

But I don’t think we will be eradicated from this area. Maybe we will diminish in numbers, or increase later on, but numbers are not the most important thing, despite their importance and their psychological effects.

The quality of their presence is important too. Christians are known for the quality of what they do. With respect to others, they developed efficient institutions, like universities, schools, and media.

This helps, but I am still concerned with the numbers. You should not diminish in number, so that you do not become a psychological minority.

Hasn’t this happened already? Or has the situation stabilized after ISIS, and considered to be improving?

The numbers are low, but Christians have their place in society. There are enough Christians in the Middle East. It is not as much as it should be, or as much as it was last century, but we are still visible. When you are seen, people are concerned not with your number but your role. If you are the salt of the earth, you will remain the salt.

What is the role of Christians in the Middle East?

It is to love. Caritas—the Latin term. It is to teach love and to be a reconciliatory bridge among all other groups that are continuously fighting. As St. Francis of Assisi said, to be an instrument of the peace of God.

It is also to fulfill their functional role, in institutions. By osmosis they will communicate a sense of excellency. Religious groups are a partner in the state, with even 1 percent you cannot be eliminated. You have your place, and everyone will respect you.

In the US, we often think the Christians of the Middle East are persecuted.

In history, there were persecutions. But ISIS killed more Muslims than Christians. [However] because Christians are the weak link, they suffered more. In some countries, Christians are second-degree citizens, without access to certain posts in government. But it can also be the law of probability, or it may be a hidden persecution.

But when there is aggression, war, fundamentalists killing and massacring people, it is a mess. No one understands anything anymore. Terrorists killed Kurds, Yazidis, Shiites, Sunnis. You cannot say it is [primarily] against Christians. But when two big people are fighting, the small person will be hit.

I am told that Muslims are now buying Christian lands in Syria. But they could just take the land if the Christians leave. They are speculating on real estate, buying it cheaply because Christians are leaving. This is not persecution.

Sometimes in Egypt it happens. There is kidnapping and killing. But if you take the whole population, it is not like this. Egyptians are kind people, they love Christians. If 1–2 percent behave poorly, you cannot take it as a rule.

So how should Christians strengthen their relations with Muslims, to prevent fundamentalists from damaging their position in society?

Through dialogue. These are two different religions, and the differences are great—even among similar principles. We will never reach anywhere with religious dialogue. We engage in a dialogue of life, where we develop common values and become united. Then it is hard to divide unless there is a systematic plan to do so, from outside.

From my point of view, confessionalism can be divided into three levels:

First, at the religious level, there can be no dialogue, just respect. You wouldn’t believe how many Muslims visit our shrines, and seek intercession through our saints. And while Christians do not believe in the prophet Muhammad, they respect him.

Second, at the social level, people live with one another, and respect each other. They share in social and family events, and throughout history they developed common values and customs.

The problem exists at the third level, the political, where there is money and power. The supposed leaders of communities secure their interests, and it is very easy to mobilize people by religion, and to fight the other in its name. This is cheap, but it is being done, and [they] win.

What is the role of the MECC? What is your vision?

It is to strengthen the ties between churches, but also to better integrate in society. Our actions are a token of love, because love makes a better society. We serve in the name of the churches, wherever they cannot do it individually, with groups that cannot be reached by them.

We do relief, for everyone. We show that the church is open to everyone. The Muslim is not our enemy. Maybe at times he could be our rival. But he is my neighbor, and Christ told us to love our neighbor.

Relief is necessary in times of emergency. But soon we hope to shift more towards development and education.

We need to root people to their land. My roots are 6,000 years deep. It is part of our consciousness, but this is not enough. The church has land, schools, and hospitals. But if its people leave, this means that it should target better its action.

We need to do vocational training, and support small businesses, housing, education, and medical care. My vision is to help people stay. But when quality of life deteriorates, people leave. Moreover, Christians are more prone to leave than Muslims. I don’t know why, but maybe it is a self-fulfilling prophecy—that no Christians will remain in the East.

I don’t believe this. Maybe Christians will return. Maybe they will increase in number. If you make a plan, you could double in number. I’m not in a race with Muslims; we’re not rabbits. But numbers are important for psychological security, equilibrium, and diversity.

When life and democracy deteriorate, people leave. What can help them stay?

Having a better political regime, and better services. A better standard of living.

Can you do something about this, as a council?

No. We can create awareness. On my agenda are plans to promote human dignity—against corruption, harassment, and exclusion, and for democracy and human rights. I’m trying to find people to implement it the proper way. But we will lead through conferences, seminars, and webinars to raise awareness, without taking a political position.

What about the spiritual role?

We are developing a program on the role of spiritual revival in preserving Christian presence. It is spiritual renewal. We are the salt of the earth; we should be everywhere and spread good things. When salt is kept in its jar, it hardens and becomes like a stone, unusable.

This is the land of Christ. Others are doing this elsewhere; we have to do it here. God put us here, and we love our countries. Protestants developed the values and government of America. They did their job; we have to do ours.

Sometimes evangelicals in America see Christians in the Middle East as nominal. Is this fair? What is their spiritual vitality?

It is not fair. There is no vitality because it went through centuries of problems. Not just Christians, but everyone. The Ottomans and the periods of underdevelopment. But Christians are living their life in their faith.

How is this visible?

By the very fact of staying here for 2,000 years. By the development of saints during this time. By their institutions. And with due respect to Protestants, our Christians view the West the same way [as nominal].

Our churches were dormant; they were under suppression. But now we have all sort of institutions, from schools to television stations to publishing houses to universities. There is a big revival.

Maybe the West had something to do with this. Rome with the Catholics; Protestants, with their institutions. The Orthodox were far away because Orthodoxy was under communism.

We had an induced renaissance, by the intervention of the West. We couldn’t do it from within. It came with the churches that came here. The Syrian Protestant College [now the American University of Beirut] made the glory of this area. This is our pride, like the Jesuit university where I studied, lectured for decades, and still. And also the social NGOs working through the churches.

Are Middle East Christians going to church, reading their Bible, or spreading the gospel?

The concept is different. You are a disciplined society, we are not.

People here go to church, stick to their faith, develop institutions. During my childhood, I have witnessed the presence of illiterate priests. The church was very poor. My father became literate through learning the gospel with the Plymouth Brethren. Today, our clergy hold MAs and PhDs. They are multilingual, computer literate, opened to social media. Fully up to date.

So in the scope of history, the Christian presence is strengthening?

The revival is in a race with destruction. It is always this way: chaos and cosmos are fighting. But ecumenism helps to solve our differences, to accept the other.

How does the MECC view the gospel and its proclamation? Is there a vision for bringing the gospel to Muslim people?

The gates of hell will not prevail against the church, because it is based on love. I know what love, consciousness, and media can do. When you have beautiful things, you must share them with people, and they will admire them.