The California pastor hopes to return to the small group of house churches he started last year.
Kate Shellnutt|January 26, 2021 10:07 AM 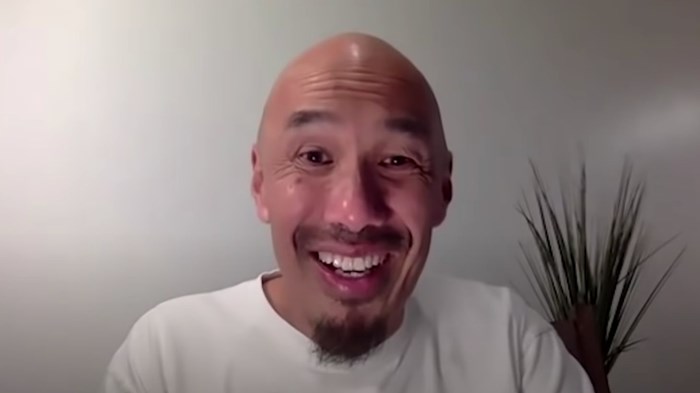 Less than a year after moving to Hong Kong, Francis Chan and his family have had their visas rejected and been forced to leave their fledgling house church ministry behind.

Chan, known as a spirited preacher and bestselling author of Crazy Love, told his ministry partners early in January that he was back in the US but applying to return to Hong Kong, where he and his sons-in-law were leading three house church gatherings.

“Hopefully we can get back in Hong Kong because, man, we want to be there,” he said in a January 5 video from San Francisco.

As a result, some Americans, including journalists, have struggled to get visa extensions, and ministry leaders from overseas have grown more worried about oversight.

Chan described leaving the churches behind on a couple weeks’ notice and appointing young leaders to take their place, reminding them that the early church too relied on the Spirit when leaders like Paul had to move on.

“That went way faster than we expected, but now I’m going, ‘Wow, Lord, I think if I’d stayed too long, that might have hurt the church,” he said.

A Chinese American, Chan announced his family’s plans to move to Asia in 2019, describing a sense of calling to a region where he had experienced the gifts of the Spirit and, eventually, to a neighborhood where his late mother had ministered before moving to the US.

He described wanting to leave the crowded ministry landscape in the US for a pond where “fish are biting” and “no one’s fishing in it.”

While some Christians celebrated his willingness to follow God’s call, other missionaries challenged his approach as a celebrity pastor coming in as an outsider in the region.

“There are actually millions of passionate Christians in Asia, and many of them are active and well equipped to share the gospel contextually in their own local communities,” wrote Craig Greenfield, a Canadian missionary living in Cambodia. “They are far and away the most effective people to reach their neighbours, because they share a common worldview, culture and language.”

Greenfield added, “I’m more than hopeful that Francis Chan will surround himself with folks that will challenge his role at the center of the gospel-sharing, church-planting story that he is telling. He’s a wise and seasoned leader, and a good listener.”

Chan described it as a stretching experience to rely on Scripture while teaching using his “horrible” Chinese. He said he and has family of 12—including his daughters, sons-in-law, and grandkids—had fun building a church family that spanned from “street kids” to “crazy rich Asians.” They had gathered three house churches of 15–20 people each.

The pastor smiled throughout the 30-minute update and praised God that even after the unexpected news around their visas, his whole family is “at perfect peace at a time when most people would be freaked out.” One of Chan’s daughters and sons-in-law have returned to Los Angeles, while the other went to Ireland.

The day after Chan’s announcement—January 6—dozens of pro-democracy activists, including Christians, were arrested in the latest police raid, most have since been released on bail. The incoming Biden administration has recently spoken up about its plans to stand with the people of Hong Kong.