How Can Christians Stand Against Abortion During the Biden Administration?

Advocates offer strategies to uphold the sanctity of the unborn even without the support of Congress and the White House.
Megan Fowler|January 22, 2021 06:00 AM 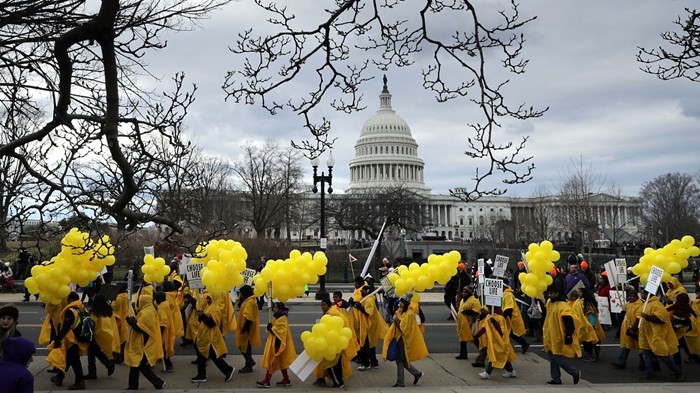 Though reversing restrictions on abortion access was not among more than a dozen executive actions signed by President Joe Biden on his first day in office, it’s only a matter of time before the new administration follows through on its pro-choice platform.

While pro-life groups cheered efforts by the Trump administration to stand against abortion, the incoming president pledged to uphold abortion rights, and Biden is due to overturn the Mexico City policy—which bars the government from funding organizations outside the US that perform abortions—“in the coming days and weeks,” according to the White House press secretary.

What can Christians do to continue promoting the sanctity of the unborn while Biden is in office?

As groups opposed to abortion come together to mark the anniversary of Roe v. Wade and National Sanctity of Human Life Day this weekend, under the new administration, “the bottom line is everything is different,” said Mallory Quigley, vice president of communications for Susan B. Anthony List.

While measures like the Mexico City policy get reversed and reinstated every time a different party assumes the White House, advocates like Quigley consider Trump “the most pro-life president in history” for his efforts to expand typical anti-abortion policies. His administration went beyond the Mexico City policy to offer an additional $8.8 million for international health programs that do not promote abortion. It further restricted Title X funding, barring it not just from covering abortion itself but from going to any clinic that makes abortion referrals.

Similarly, Biden represents a particularly ardent stance in favor of abortion access, going beyond what we’ve seen among previous Democratic presidents. During the campaign, Biden withdrew his support for the Hyde Amendment, which bans the use of federal funds for abortion except in cases of rape, incest, or life-threatening circumstances. He also pledged to codifyRoe v. Wadeinto federal law and restore federal funding to Planned Parenthood.

Her successor as attorney general, Xavier Becerra, continued Harris’s legal investigations and pregnancy care center regulations. Christians opposed to abortion worry that if Becerra is confirmed to lead the Department of Health and Human Services, he’ll similarly push for restrictions on advocacy groups and pregnancy centers.

Even with abortion rights advocates securing the White House and majorities in the House and Senate, Christian groups against abortion still believe there are political, cultural, and spiritual resources at their disposal.

First of all, they don’t plan to stay silent now that that pro-life lawmakers are in the minority on the federal level. Before laws and policies can change, the movement must change the narrative around abortion, said Denise Harle, senior counsel with Alliance Defending Freedom.

“Christians should stand up and defend the ability of pro-life advocates to speak,” Harle said. “Women who are considering abortion often do so because they ’ve been told they don’t have any real options. Pregnancy centers provide real hope and practical support to women who often feel they have neither, and Christians should come alongside them offering the same.”

Without control of Congress and the executive branch, pro-life groups see state-level legislation as holding more promise for change.

In November, for example, Louisiana approved an amendment stating that no right to abortion is found in the state Constitution, with 62 percent support from voters. Iowa is currently considering a similar move.

Already this year, several states have introduced abortion restriction bills. Idaho has proposed denying state funding to abortion providers. Montana now has a Republican governor who is expected to back lawmakers’ efforts to prevent abortions after 20 weeks gestation and require each expectant mother to view an ultrasound of her fetus.

In South Dakota, the governor has backed banning abortions of babies with Down syndrome. (Some pro-life disabilities advocates, though, have suggested such “selective abortion” laws aren’t an effective strategy.) And, following earlier restrictions, Missouri reportedly became the first state in the country to no longer perform abortions.

“State legislatures are a much more promising venue for pro-life initiatives than a Democratic Congress,” said David Skeel, professor of corporate law at the University of Pennsylvania Law School. And though the Supreme Court might not be sympathetic to overturning Roe v. Wade, Skeel believes its current composition will be sympathetic to abortion restrictions.

While public advocacy and legal strategies are critical to protecting the unborn, laws alone are not enough. Christians opposed to abortion continue to prioritize the power of the gospel witness as the greatest potential for change in their communities.

“We often talk about ‘defunding Planned Parenthood,’ but the easiest way to do this is by Christians not [having] abortions,” said Roland Warren, president of Care Net, the evangelical pregnancy center network. “Christians have the power to defund Planned Parenthood regardless of what the Biden-Harris administration does.”

Warren cites that many who have had abortions—2 in 5 according to Focus on the Family—were attending church at least monthly at the time of their abortions, emphasizing the need for greater support and discipleship.

During a time when the administration’s policies may lead to promoting abortion and abortion clinics, pro-life pregnancy centers are implementing changes to try to become more accessible and open to women in need. Recently Focus on the Family expanded its My Choice Network, an online network that allows women in the top 10 abortion cities in the nation to find pregnancy resource centers.

The ministry has also offered grants to pregnancy resource centers to update and redesign their websites to allow for online appointment booking. “Those of us who believe that every life should be protected under law should be utilizing and leveraging all available technology to meet and serve women where they are,” said Jim Daly, CEO and president of Focus on the Family.

CT reported last year on how pregnancy centers are rethinking old models and improving community engagement, partnerships, and even their design in order to become more effective.

Above all, Christians opposed to abortion have emphasized the importance of their continued witness amid changes in politics and policies.

“Christians should endeavor to be known as people who will stand in the gap for vulnerable people, loving them for the long term, and committing to the flourishing of the people in our local neighborhoods,” according to Chelsea Patterson Sobolik, policy director at the Southern Baptist Convention’s Ethics & Religious Liberty Commission. “When we humbly serve, in private and in the public square, our actions say something about who God is and what he cares about.”

How Can Christians Stand Against Abortion During the Biden Administration?

How Can Christians Stand Against Abortion During ...