The British church leader could confidently preach the gospel on BBC and challenge his fellow Christians in the fight against injustice.
Morgan Lee|July 6, 2021 08:00 AM 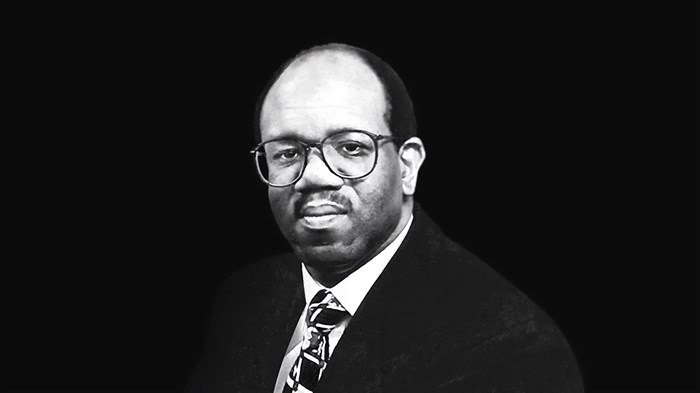 When eight-year-old Joel Edwards arrived in London from Jamaica in 1960, he was on his guard against British Christians. Only the Black Pentecostals, he thought, could be true believers.

“We thought Baptists were maybe OK because they baptise like we did, and so perhaps they stood a chance of being real Christians,” he later wrote in Turning the Tables on Mission: Stories of Christians from the Global South in the UK. “Methodists confused us; we couldn’t work out if they were Anglicans or Baptists. Anglicans had no chance and Catholics were the antichrist! We didn’t even really trust white Pentecostals! They didn’t preach for as long, didn’t sweat, didn’t jump or shout much and didn’t sound Pentecostal!”

In the years that followed, Edwards not only overcame his suspicion; he devoted his life to bringing Christians together. The first Black leader of the Evangelical Alliance UK (EAUK), Edwards served as the spokesperson of thousands of UK evangelicals who did not always see eye to eye on theology, politics, or culture. He was known as a leader who could confidently preach the gospel on BBC and fight against injustice. Last week, Edwards died of cancer at age 70.

“Joel developed a multilingual ministry based on the liberating empowerment of the gospel of Christ that spoke in the languages of many differences,” said Joe Aldred of the National Church Leaders Forum. “Like the apostles on the day of Pentecost, people heard him speak of the limitless transcending power of God that transcend race and culture and religion, in their own tongue.”

Most Caribbean Christians and members of the Windrush generation—the millions of West Indian and West African immigrants who came to the UK over three decades—arrived with a combination of economic pragmatism and patriotic idealism. But Edwards’s community believed they had something to spiritually offer their new home.

Edwards heard his elders ponder Esther 4:14 over and over again: “Who knows, but that God has called us to the Kingdom for such a time as this.”

“That was a cardinal text in the hearts and minds of the Caribbean Christians as we came and implanted between the early 1960s and ’80s. Here was a huge issue of identity: what does it mean to be a Christian, and what is our mission task here in Britain?” he wrote. “Who are we? How do we do what God has called us to do, and how do we understand outreach and mission in Britain in relation to who we are?”

Edwards was ordained in the New Testament Church of God, a prominent British Caribbean denomination, and led a congregation in East London.

Despite his immigrant identity, Edwards believed he had assimilated into British identity, until he arrived at London Bible College (now London School of Theology). A classmate looked at his books and noticed A Peculiar Institution, a history of a slavery, and Stokely Carmichael’s Black Power, sitting among the more common theology titles.

“That day I actually understood for the first time that others do not perceive you as you perceive yourself,” he said. “And I was learning that this was also true for church life and missions.”

Five years later, Edwards became the general secretary of the Evangelical Alliance and soon became the consistent evangelical voice Brits encountered as a regular contributor to BBC’s Thought for the Day.

“Joel was a person who was fully alive living in the richness of his calling and loved seeing others live in the same way. He embodied joy and hope and inspired even the cynic to believe that the world could be changed,” said Selina Stone, a theologian mentored by Edwards. “Joel believed that the good news of Jesus could change the world and longed to see churches living out the beauty of the gospel in ways which brought light and hope to the world.”

Even as the voice for British evangelicals, he said he sometimes hesitated to claim the word.

“I’m an evangelical with a capital E,” he once said. “I hesitate to make such a confession, for I am painfully aware of the baggage the label carries. Without wanting to blame Americans for all the problems of the world, it is, well, largely their fault.”

As the first Black leader of the EAUK, he made a priority of racial injustice and critiqued Christians’ past silence.

During his tenure as EAUK director, Edwards was also named a member of the Equality and Human Rights Commission, the UK body charged with enforcing legislation guaranteeing equality without regard to of age, ethnicity, disability, gender, or sexual orientation. The appointment drew criticism from LGBT activists because of Edwards’s conservative stance on sexuality. But Edwards believed he belonged there.

“As a Christian leader, I believe one of my primary responsibilities will be to ensure that the values of faith communities—our concerns for important issues such as respect and tolerance—play an effective role in this commission,” he said. “But I think equally it is going to be a huge challenge for Christians and people of faith as we learn how to present our faith distinctives within a liberal democracy, where morals and values cannot be dictated by Christian faith alone.”

Through his personal actions and public work, Edwards affirmed the faith and ministry of the Windrush generation and their descendants.

“I have looked up to Joel as one of those who carved out the way for younger generations of Black Christian voices to be heard in public life,” said Chine McDonald, the head of public engagement at Christian Aid.

Edwards often compared the experiences of the Windrush generation with those of the Israelites who struggled understanding their culture, responsibility, and place after ending up in Babylon. At a service at Westminster Abbey commemorating the 70th anniversary of the landing of the HMT EmpireWindrush, he reminded the community of their obligation to seek the welfare of their community.

Like the people in exile, the Windrush generation was faced with a new dilemma. In the words of a popular psalm, “By the rivers of Babylon, we sat down and there we wept when we remembered Zion. How can we sing the Lord’s song in a strange land?”

Or to put it another way: how can you be yourself in the place where you weren’t born?

However, 70 years in Babylon produced Daniel the prime minister, senior civil servants and Queen Esther. In captivity, they rediscovered themselves, their history and their understanding of God.

Edwards also realized his responsibility in raising up the next generation of Black British Christian leaders.

“He gently affirmed my ministerial vocation and demonstrated through his action and attitude how a Black person could survive and thrive within settings not designed with them in mind or heart,” said Azariah France-Williams, the vicar of Ascension Church Hulme in the Diocese of Manchester, who noted that Edwards was one of his ordination sponsors. “He and I were not always of the same mind on issues of the day, but our hearts were aligned, for his friendship and support I am deeply grateful and count myself blessed to have had such an amazing big brother who lived a Jesus-shaped life and created a more solid world on which we can all stand and dance.”

Edwards is survived by his wife, Carol, and two children.