Will Easter Resurrect Pandemic Church Attendance? Depends on Your Tradition.

More than half of evangelicals will be back in person, but most Catholics and black and mainline Protestants are still waiting to return.
Kate Shellnutt|March 22, 2021 01:00 PM 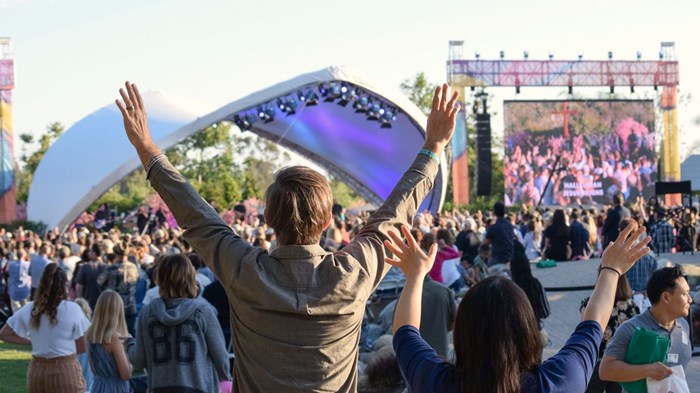 When churches first shut down for the pandemic, many Christians hoped they would be back together within weeks for Easter. A year later, the holiday will be the first time more than half of evangelicals in the US plan to return to worship in person, according to a Pew Research Center report out Monday.

Even though most churches have reopened, the proclamation that “He is risen indeed” will be quieter than normal years, with sparser holiday crowds (and mask requirements muffling their voices). Among all American Christians, 39 percent say they plan to celebrate Resurrection Sunday in person, compared to 62 percent during a typical year.

Evangelical Protestants are more likely than any other Christian group to say they’ll be in church on Easter this year (52%). For many congregations, last year’s socially distant drive-up worship will be replaced by traditional sunrise services and egg hunts.

Easter is typically one of the most-attended weekends on the church calendar, and this year pastors anticipate that many Christians will want to get back to the familiar celebrations within their communities of faith.

Connection Point Church in Jackson, Missouri, which celebrated virtually last year, is expecting in-person attendance to spike for Palm Sunday and Easter. “With all the other turmoil that’s been on with our society, there is a longing [for] not only normalcy but hope,” pastor Chris Vaught said in an interview with KFVS. 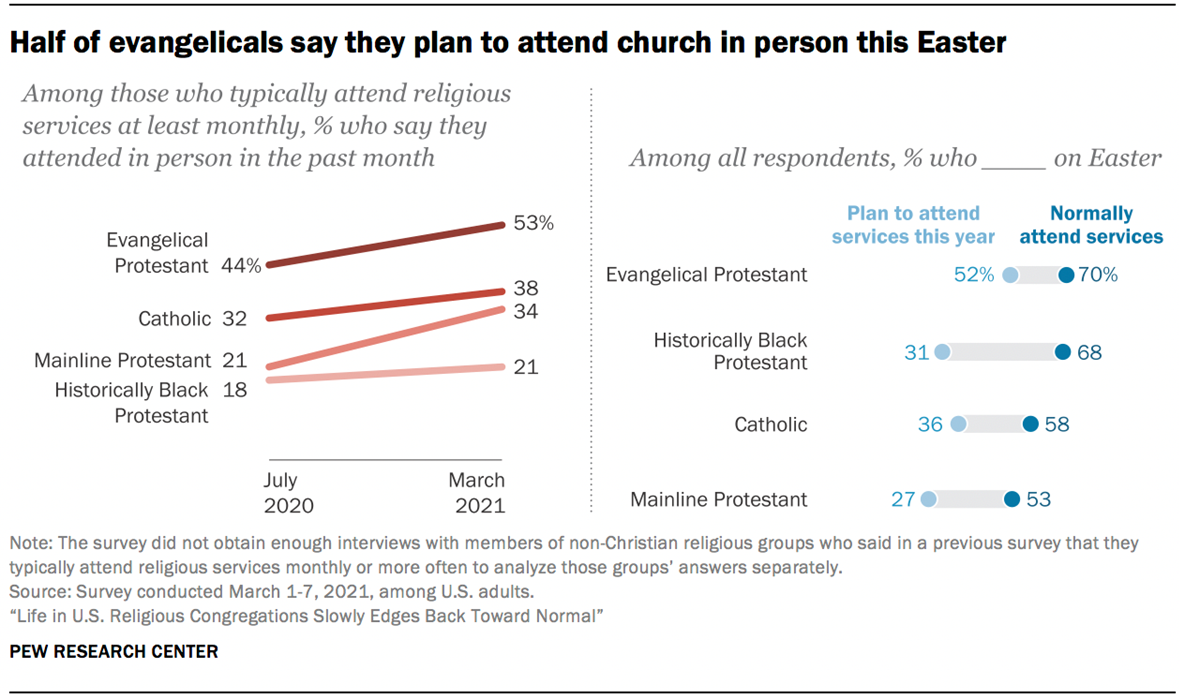 But certain Christian traditions are holding out a little longer. Just 36 percent of Catholics and 27 percent of mainline Protestants say they’ll return for Easter, Pew found. Though historically black Protestants typically rank among evangelicals for the highest levels of Easter attendance, fewer than a third (31%) say they will attend services this year.

One North Carolina preacher shared with local news how his predominantly African American church, Deeper Life Church Ministries, will be reopening on Easter for the first time, but only at a quarter of its 1,000-person capacity. “I’m excited. For any preacher. Resurrection Sunday is their happy day,” he said.

Christians’ Easter plans reflect the ongoing gaps in church attendance. A third of regular churchgoers were back by July 2020, and the rest have incrementally become more comfortable with attending over the past few months. 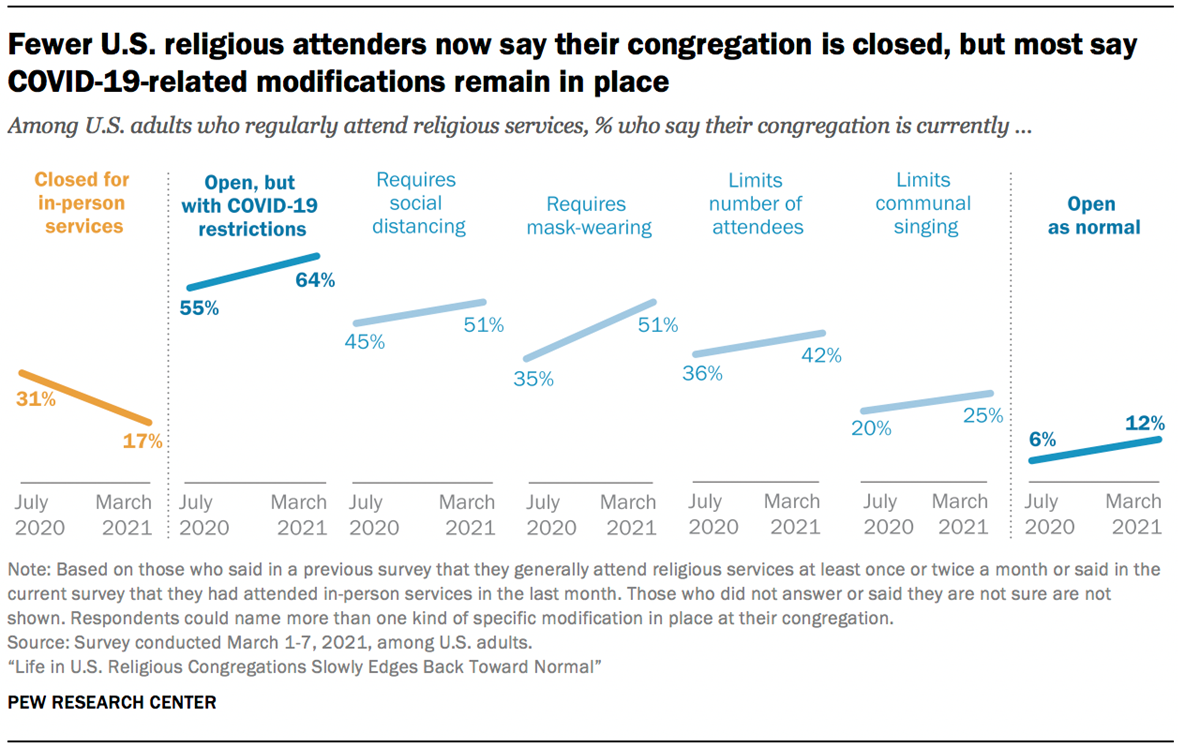 The majority of churchgoers say their church has opened, either with modifications (64%) or as normal (12%). About half say they require social distancing and masks; 42 percent cap attendance capacity; and a quarter said that services restrict singing.

But most aren’t yet back into the habit of leaving their couches to worship together on Sundays. Among Christians who usually attend church regularly, only 43 percent showed up over past month, while two-thirds of Christians said they attended an online service.

Evangelicals were the only group to have a majority (53%) worship in person, up from 44 percent in July, according to the new report. Black Protestants—whose communities have been hard-hit by COVID-19—are half as likely as other Christians to return to in-person worship. Just 21 percent said they had been back in March.

Church attendance remains lowest in the West, with California’s gathering restrictions keeping many congregations from meeting inside. Just 37 percent of regular churchgoers in the West say they recently attended religious services, compared to 46 percent in the Northeast, 44 percent in the Midwest, and 42 percent in the South.

Will Easter Resurrect Pandemic Church Attendance? Depends on Your Tradition.