Died: Labib Madanat, Who Showed the Bible to Palestinians and Israelis in Word and Deed 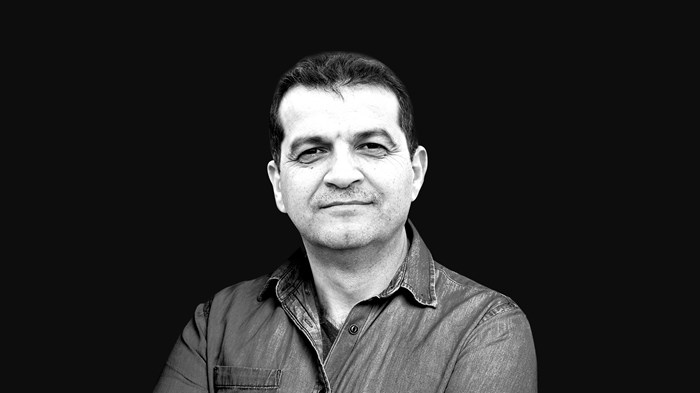 During his decades of ministry, Labib Madanat repeatedly passed through Israel’s main international airport. So regularly did security detain and thoroughly search him, he developed his own response.

“Ben Gurion is my mission field,” Madanat would say. “When I tell them that I am a Palestinian Arab Christian, and that I love the God of Israel and their Messiah, I get their full attention!”

The son of Jordanian missionaries who later led his father’s Jerusalem church, Madanat’s role as director of the Palestinian Bible Society (PBS) and later coordinator of all the Bible societies in the Holy Land offered him a platform to live out the gospel in a polarized region. He died on November 15 at the age of 57, after suffering three consecutive seizures during a ministry trip to Baghdad, Iraq.

“There are people in the world who work and provide help to different groups not like them but don’t always have a love for those people,” wrote his brother-in-law Daoud Kuttab, secretary of the Jordan Evangelical Council. “This was not Labib. He genuinely open-heartedly loved everyone he came in contact with, Arabs or foreigners, Palestinians or Israelis, Iraqi Shiites or Sunnis, Amazigh from North Africa, or Kurds in Irbil.”

The Good Book in Gaza

Despite being an outsider to many of his fellow Palestinians because of his Christian faith and a perceived enemy to many Jewish Israelis because of his heritage, Madanat routinely found ways to confound both communities through his insistence on recognizing the dignity of those who disagreed with or traumatized him.

This persisted even after he endured terror and tragedy. In 1998, PBS opened a Christian bookstore in Gaza City, where Christians made up less than one percent of the territory’s population of about 1 million. (Brother Andrew later recounted how he secured permission for the bookstore on behalf of Madanat after presenting Palestinian leader Yasser Arafat with a Bible and a copy of God’s Smuggler.) The ministry soon had an outsized presence, offering relief and development projects in the coastal strip during a tumultuous decade that included significant bloodshed during the second intifada and Hamas’s 2006 electoral victory over Fatah.

In April 2007, a bomb destroyed the storefront of The Teacher’s Bookshop. (A year prior, local militants had detonated two small pipe bombs that destroyed the shop’s doors.) Then, in October 2007, his coworker Rami Ayyad was kidnapped and murdered.

Madanat traveled from his home in Jerusalem to Gaza, attempted to offer comfort to Ayyad’s widow and three children, and then sought out the leaders of Hamas to find out who was behind the attacks. He shut down PBS’s Gaza ministry, including the bookstore, which had offered public computer classes and other educational opportunities to an economically depressed region. Then he began the process of relocating his already once-dislocated Palestinian Christian staff.

After the 2006 bombings, the local community—both Christian and Muslim—rallied to support the bookstore. After the April bombing, Madanat reopened the bookstore defiantly.

“There is so much love for the people of Gaza that it will take a huge amount of hate to quench the love the team has,” he told Christian Today. “I don’t think there will be enough hate to quench this love.”

But Ayyad’s murder was a breaking point.

“It is a test for us now of how much we trust the people in Gaza, not Christians but the Muslims,” he toldWORLD magazine. “This is what’s difficult for Americans to grasp. We as Christians should be the last to put people in stereotypes because when we do we say to God, ‘You cannot do something different. It’s beyond You.’ I reject that. It’s not naïveté. I live the reality.”

Madanat was born on March 3, 1964, to Odeh and Maha Madanat, Jordanian missionaries with the Christian and Missionary Alliance Church who ministered in the Old City. Their son did not immediately follow in their footsteps. After the family returned to Jordan in 1977, Madanat studied at Mosul University’s College of Agriculture and later pursued his masters in soils and irrigation at Jordan University of Amman.

But his studies of the natural world could not prevent him from paying attention to the greater geopolitical context around him.

“I needed two more conversions: to a love for Muslims and a love for Jews,” he said. “I carried all the prejudices of a typical Arab Christian.”

Something in him softened as he watched Muslims at war with one another when conflict between Iran and Iraq broke out. He began handing out pocket-size New Testaments to fellow students and reading his Bible in front of his three Muslim roommates. When a roommate expressed interest one day, Madanat offered it to him. But his roommate declined, saying he was unclean, and asked Madanat to read it to him:

I read him a bit from the story of the crucifixion. Halfway through, he had tears in his eyes, and as I finished my short reading, he said: “I felt my whole body shiver, this must be the word of God!” The Bible’s words shook [my roommate] Hussein but Hussein’s words shook me and had a similar effect on me as my Bible reading had on him. The challenge to my worldview had already started. My attitude toward Muslims started to change.

Madanat’s relationship with the Jewish community similarly developed from his proximity to them. He returned to Jerusalem in early 1990s, shortly before Israel and the Palestinian Liberation Organization signed the Oslo Accords in 1993. (The agreement created the Palestinian Authority to administer the West Bank and Gaza but had nothing to say about Israeli settlements in the West Bank or Jerusalem.) Upon returning to his hometown, Madanat moved to a Jewish part of the city, learned Hebrew, and began to talk to members of the Israeli Defense Force about his faith.

“Since I experienced life alongside them, I knew how it felt when terror struck. I remember the sound of suicide bombers on buses,” said Madanat. “In a way, my love for my Jewish neighbors came from being immersed in their lives and culture.” It also led him to play an instrumental role in acquiring funding to support a translation of the Bible into modern Hebrew.

This empathy moved Madanat, even when Israel’s 2008 invasion of Gaza killed hundreds of Palestinian civilians. Unwilling to let bitterness overwhelm him, he brought toiletries and gifts to the hospital treating IDF soldiers. He made individual trips to the wounded, identifying himself as a Palestinian Christian and praying for them.

Madanat urged Christians to do the same, practicing forgiveness and being “a fulfillment of God’s good news to our hurting human family,” as he told CT readers in January 2009:

To engage in the blame game is to perpetuate the effect of violence and evil; it adds fuel to the fire. This does not mean acquitting the guilty, it means we submit the file of all the guilty ones, and I am one of them, to the one who judges justly and whose gates of mercy are always open for those who seek it.

So what do we do? To say it is God’s business and run away? Absolutely not. He took the responsibility of justice and gave us the responsibility of compassion. “Love your enemy” in such days mean a lot and so does “love your neighbour as yourself.” In Luke 4, Jesus said to the assembly in Nazareth’s Synagogue. “What you have just heard me read has come true today.” We are the continuation of that fulfillment. So let it be so in action today.

Within the body of Christ, we are people who also belong to our nations. This belonging and citizenship should receive meaning and value and form from our belonging to our heavenly citizenship.

Madanat frequently exhibited a willingness to learn and change from those to whom he ministered. One of these friendships was his pen pal Firas, a Palestinian prisoner serving three life sentences. Madanat visited Firas’s family in a refugee camp outside Beirut, where he was struck by the destitution and despair. Later, Madanat learned that Firas’s father regularly read the Bible:

I asked myself why he wasn’t yet a Christian. But, was it up to me to decide what the fruit of the Word should be in his life? I must first be a Christian for him, to love and serve and all that holding the name of Christ means, before I allow myself the right to expect him to conform to my Christianity.

Madanat spent 14 years as the executive director of PBS, growing the ministry from 3 to 30 staff members and notably including Muslims, later reflecting that “they taught us to love them.” In 2008, he helped restructure the Middle East ministries into the Arab Israeli Bible Society, the Bible Society in Israel, and the Palestinian Bible Society and helped them collaborate with one another. He also advised the American Bible Society on Middle Eastern issues for nearly a decade.

“His heart was so full with love for Jesus and commitment for the Bible cause. His vision to share the Word had no geographical boundaries,” wrote Hrayr Jebejian, general secretary of the Bible Society of the Gulf. “Labib has been a bridge builder, who tirelessly wanted and aimed to see that our Bible Societies will be interconnected and interrelated.

“He wanted the Lord’s kingdom to expand irrespective of where it is, and never ceased to give his best for this precious cause.”

Madanat is survived by his wife, Carolyn, their five children, his mother, and four siblings.

Died: Labib Madanat, Who Showed the Bible to Palestinians and Israelis in Word and Deed

Died: Labib Madanat, Who Showed the Bible to ...