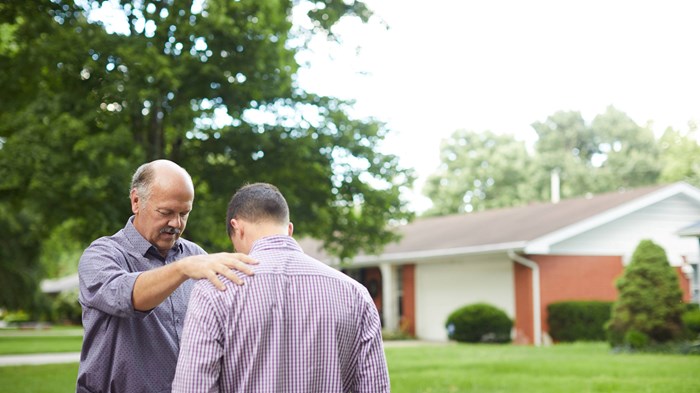 With the federal tax filing deadline looming, a Virginia court case may have some ministers wondering whether their ministerial housing allowance is secure.

The case isn’t about the housing allowance. But to some, including Supreme Court Justice Neil Gorsuch, it suggests courts may be willing to meddle increasingly in clergy affairs, including housing.

At issue was denial of a property tax exemption for a church parsonage in Fredericksburg, Virginia. New Life in Christ Church sought the tax exemption for a church-owned home inhabited by two youth ministers, married couple Josh and Anacari Storms. The city denied the exemption because it claimed the church’s denomination, the Presbyterian Church in America (PCA), does not allow women to be considered ministers.

New Life in Christ said the city misunderstood its doctrine. Ordination and certain duties, like preaching, are limited to men in the PCA, according to the church, but the denomination’s governing documents permit congregations latitude in hiring nonordained persons like the Stormses for various ministry jobs. Yet a trial court sided with Fredericksburg, as did the Virginia Supreme Court.

The US Supreme Court declined to hear the church’s appeal in January. Now the church must continue paying the annual property tax bill of $4,589.15. The Supreme Court’s action provoked a dissent from Gorsuch.

“The City continues to insist that a church’s religious rules are ‘subject to verification’ by government officials,” Gorsuch wrote. “I would grant the [church’s] petition and summarily reverse. The First Amendment does not permit bureaucrats or judges to ‘subject’ religious beliefs ‘to verification.’”

Is the case a harbinger of increased willingness to scrutinize ministerial housing in court? Pastors across America hope not. While fewer churches own traditional parsonages, the majority take advantage of the federal clergy housing allowance and say it benefits both their families and their churches.

“I absolutely depend on” the housing allowance, said Micaiah Irmler, pastor of Southridge Church in San Jose, California. “I would not be able to do ministry in the Bay Area without it. The median home price is $1.7 million, and then with property taxes everything is higher. [The allowance] really saves me.”

The federal housing allowance has been on the books more than 60 years. According to the IRS, the provision allows ministers to exclude from their “gross income for income tax purposes” an “amount officially designated (in advance of payment) as a housing allowance.”

The amount must be used to provide or rent a home and cannot exceed the fair market rental value of the home. Pastors living in a parsonage may exclude the fair rental value of the residence from their taxable income for income taxes. Pastors still pay self-employment taxes on their full compensation, including housing.

Through the housing allowance, American pastors save $800 million a year, CT has reported, with 81 percent of full-time senior pastors taking advantage of the benefit.

The tax break is not an unfair advantage for ministers, but a way to treat ministers the same as other workers required to live near their jobs or use their homes for business, says religious liberty law firm Becket.

“This applies to hundreds of thousands of workers in a variety of professions, including our military and diplomatic corps, prison wardens, state governors, certain health care professionals and educators, fishermen, and more,” according to a September 2021 episode of Becket’s Stream of Conscience podcast. “Their housing allowance is tax-free because it’s part of their job.”

Other benefits from an employer that help workers do their jobs—like travel expenses and office equipment—also are tax free. The assumption for ministers is that their homes are used for ministry, or at least that they are required to live near their congregations.

That long-standing tax policy faced a hiccup in 2017 when a federal district judged ruled the ministerial housing allowance unconstitutional. But the ruling was overturned a year later by the Seventh US Circuit Court of Appeals in Chicago.

The allowance remains safe for now, said Justin Butterfield, deputy general counsel at First Liberty Institute, the firm that represented New Life in Christ Church in Virginia. While the Fredericksburg case was a setback for one church’s ministerial housing situation, it does not represent a larger erosion of ministerial tax breaks.

Pastors say that’s great news. Southridge Church in San Jose needs to offer a housing allowance to draw staff, Irmler said. With an in-person attendance of 135, Southridge can’t afford to pay the area’s median salary of $131,000. It relies on tax-free housing to make living in the community possible for its ministers.

“A large church sometimes can offer a really good salary package,” Irmler said. “But when you’re a medium to small church and you’re hiring staff,” you risk bringing on staff at a pay rate “below poverty.” The allowance is a “lifeline.”

The housing allowance is needed in rural America too, said Noel Gandy, pastor of Christ Point Baptist Church in Shenandoah, Iowa—population 5,000. He saves $3,000 per year through the housing allowance and wouldn’t be able to give his church as much time if the allowance went away. (He works as a real estate agent on the side.)

“Clearly, it makes a difference,” Gandy said. “Three grand a year—for some that’s not much. For my family it is.”

Smaller churches in the community could be particularly affected if the housing allowance were abolished and they had to increase the pastor’s salary to offset higher housing costs, Gandy said.

Abuse of ministerial tax breaks is one common argument against them, though. Televangelist Kenneth Copeland, for instance, saves $150,000 annually on property taxes alone at his $7 million mansion outside Fort Worth, Texas, according to a Houston Chronicle investigation published in December.

His church, Eagle Mountain International Church, also owns more than $19 million in tax-free aircraft. Copeland says God told him to build the house—which qualifies as a parsonage for tax purposes.

“You may think that house is too big,” he said at a 2015 conference. “You may think it’s too grand. I don’t care what you think. I heard from heaven.”

Copeland is not alone in receiving extravagant tax breaks. Dozens of US ministers live in tax-free residences worth over $1 million, according to the Chronicle. They benefit from state and local ministerial tax breaks in addition to the federal clergy housing allowance. Such abuses drew investigation by the US Senate Finance Committee a decade ago. Yet the tax breaks stand.

Still, the narrative of greedy preachers “taking advantage of the tax law” is “just plain wrong,” said Chris Butler, pastor of Chicago Embassy Church, a defendant in the 2018 case in which the federal housing allowance was upheld on appeal. “It is not the reality for the vast, vast majority of people.”

The government could create safeguards against ministerial swindling without discarding the baby along with the housing allowance bathwater, Becket attorney Luke Goodrich said on the firm’s podcast. “You could cap it at a certain amount. You could make it impossible to claim it over a certain income.”

Churches like Chicago Embassy need the housing allowance. It comprises Butler’s entire salary and allows him to live close enough to his parishioners to respond to emergencies in a hurry, he said. Without the housing allowance, he would have to look far away to find affordable housing.

But even if the housing allowance is struck down someday, Irmler said, God will take care of his ministers.

“Maybe that’s what we need to weed out hirelings from ministry,” he said. “We need shepherds.”