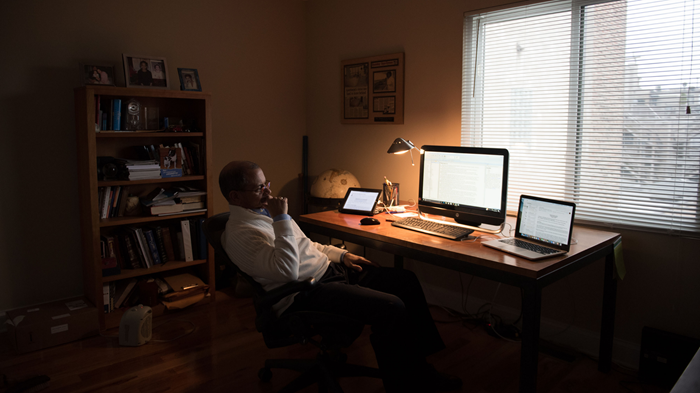 When a pastor responds to late-night prayer request or invites congregants to his home for Bible study, is he just doing his job or going beyond the call of duty?

That’s not a question for the federal government to decide, according to the Chicago-area pastors and churches appealing a 2017 ruling that declared tax breaks for clergy housing costs to be unconstitutional.

The lawsuit over the longstanding benefit, launched by the Freedom from Religion Foundation (FFRF) seven years ago, has entered another round of appeals. The Christian defendants, represented by Becket, filed their written appeal in the Seventh Circuit Court of Appeals late last week.

Last October, the lower court judge sided (for the second time) with the atheist group’s claim that the tax-exemption for housing allowances violates the First Amendment. The pastors’ appeal makes the opposite case: that the special provisions for ministers actually keep the government from unnecessarily meddling in religious affairs.

More than 5,000 pastors from across the country have already signed on to an Alliance Defending Freedom (ADF) campaign defending the exemption. The legal team expects several Christian groups, including ADF, to file supporting documentation—amicus briefs—this week, the next step before the case goes to court later this year. (Pastors have until the end of the day on Monday to sign on to the ADF brief at ministerhousing.org.)

“The district court’s decision would … have devastating practical effects on ministers and communities across the country,” reads the opening brief from Becket, a legal team defending religious freedom cases. “For over a century, churches and ministers have relied on these rules to start ministries, purchase property, and help the communities they serve.”

Currently, 81 percent of full-time senior pastors in the US receive a housing allowance, according to the latest compensation figures obtained by CT’s Church Law & Tax. The typical church spends about 9 percent of its total budget on housing compensation.

According to congressional estimates, by not paying taxes on this portion of their income, American pastors save a total of $800 million a year.

Luke Goodrich, deputy general counsel for Becket, anticipates the appeals ruling will come down on the side of the pastors. The exemption for ministers dates back centuries in the US, and fits alongside today’s tax code provisions for employer-provided housing.

Historians noted how the earliest American colonies exempted churches from paying property taxes, and that benefit expanded to apply to parsonages in all 50 states. In the 20th century, as fewer churches began to house pastors on church property, the tax code was amended so that ministers could claim an exemption on their housing allowance, or the portion of their income used to cover outside lodging, starting in 1954. (The current case before the courts specifically challenges the housing allowance, not parsonages.)

The tax code offers similar exemptions to secular employees whose housing is furnished by their employers because they’re required to live in a certain place due to the demands of the job—think governor’s mansions or special accommodations for overseas workers. But it’s up to the Internal Revenue Service (IRS) to evaluate these “convenience of the employer” instances to see if the provided housing is necessary and merits the exemption.

“When the taxpayer is secular, this inquiry is difficult,” Becket’s opening brief reads. “When he is a minister, it is theologically charged.”

The pastors who have joined the suit argue that their jobs demand they live among their church members and use their residences for church activity; in some cases, their homes serve as the primary gathering place for the congregation. The group includes Chris Butler and Edward Peecher of Chicago Embassy Church, Patrick Malone of Holy Cross Anglican Church, and the Diocese of Chicago and Mid-America of the Russian Orthodox Church Outside of Russia.

They say they deserve the tax breaks available to other workers—and the benefits received by fellow clergy, often from more liturgical and established congregations, who live in church-owned properties.

Goodrich argues that the tax code’s special consideration for ministers’ housing allowance does not amount to an establishment clause violation, as FFRF alleges, but instead is a means to prevent government entanglement in religious affairs.

If the government were to scrutinize housing allowance recipients or to allow parsonage allowances but not stipends, “it would be the IRS and the courts deciding what is the essence of the church,” he said. “Is what takes place in a minister’s home really important to the church or not?”

Oral arguments in the case will take place later this year, and could be scheduled as early as this summer.

As Church Law & Taxreported earlier this year, if the appeals court were to affirm the lower court’s decision, clergy in Illinois, Indiana, and Wisconsin—under the jurisdiction of the Seventh District—would be immediately affected. But since the IRS applies federal tax code universally across the country, such a decision could prompt a US Supreme Court review.

CT has been following the FFRF’s housing allowance lawsuit for several years, including the 2013 district court ruling that initially struck down the tax break; the 2014 appeals court ruling that overturned it due to the atheist group’s lack of standing; the FFRF’s decision to apply for the “ministers of the gospel” exemption; and the 2017 rematch back in district court in Wisconsin.