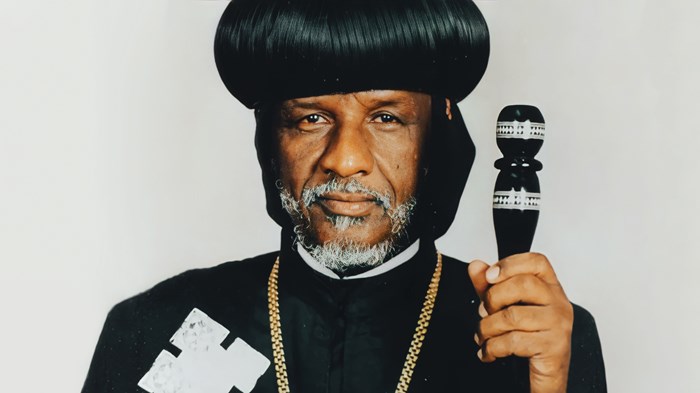 Abune Antonios, a confined Eritrean Orthodox Church patriarch and the longest-serving prisoner of conscience in the Horn of Africa, died on February 9 at the age of 94.

He was still serving detention in the Eritrean capital, Asmara, after his arrest in 2006 just two years after his installation as the third patriarch of the Eritrean Orthodox Church. For 16 years, he was kept in solitary confinement under the orders of the country’s authoritarian leader, President Isaias Afwerki, for his resistance to government interference in the ancient church.

Eritrea has long been on the US State Department’s list of worst religious freedom violators, and ranks No. 6 on Open Doors’ 2022 list of where Christian persecution is worst.

Rashad Hussain, the newly confirmed US religious freedom ambassador, said in a tweet yesterday that he was “saddened by the news” and that “Patriarch Abune Antonios was a true leader.”

“It is very unfortunate that the patriarch died while in detention. There was no reason for the government of Eritrea to put him in detention,” Francis Kuria, the secretary general of the African Council of Religious Leaders, told RNS. “The Orthodox Church in Eritrea and elsewhere is always very supportive of the people’s development.”

Archbishop Angaelos of the Coptic Orthodox Church in London announced the loss on social media, saying the patriarch had passed away “after a long battle with illness, and an even more painful battle with injustice.” 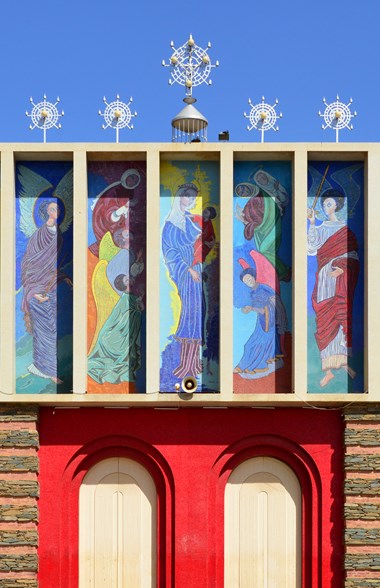 The facade of Enda Mariam Coptic Cathedral of the Eritrean Orthodox Tewahedo Church, in Asmara, Eritrea.

Antonios was buried yesterday in Asmara at a monastery to which he belonged. A large crowd gathered at the burial site, many of whom had traveled long distances on foot, according to reports.

“We pray repose for His Holiness, and comfort and support for our #EritreanOrthodox sisters and brothers in Eritrea, Britain and around the world,” said Angaelos in a February 9 tweet.

The patriarch’s death in detention is likely to widen the split in the Eritrean Orthodox Church, triggered by Antonios’ removal and mistreatment.

In 2007, with the support of the Eritrean government, Antonios was replaced as patriarch by Abune Dioskoros. However, many adherents and clergy both in Eritrea and in the diaspora continued to follow Antonios during his detention.

One of the patriarch’s consistent advocates, the US Commission on International Religious Freedom (USCIRF), explains:

Very early in his reign as Patriarch, Abune Antonios confronted state interference within his church. He resisted government requests that he excommunicate 3,000 members and protested the arrest of priests. On January 20, 2006, authorities notified Patriarch Antonios he would be removed as Patriarch and placed him under house arrest.

One year later, on January 20, 2007, authorities confiscated Patriarch Antonios' personal pontifical insignia. On May 27, 2007, the Eritrean government replaced Patriarch Antonios with Bishop Dioscoros of Mendefera, forcefully removed the Patriarch from his home, and detained him at an undisclosed location. Patriarch Antonios continues to be held incommunicado and is reportedly being denied medical care despite suffering from severe diabetes. On July 16, 2017, authorities allowed Antonios to make a public appearance for the first time in over a decade. While under heavy security, Antonios attended mass at St. Mary's Cathedral in Asmara, but was prevented from giving a sermon or subsequently speaking with congregants. Three days later, on July 19, the government moved Antonios to a new location, reportedly to provide better living conditions.

In 2019, bishops of the Holy Synod of the Eritrean Orthodox Tewahedo Church excommunicated Antonios, accusing him of heresy. The move was condemned by the Standing Conference of Oriental Orthodox Churches.

Antonios’ death brought back into focus the continued persecution and lack of religious freedom in Eritrea.

Eritrea’s authoritarian regime, one of the most repressive in the world, often arbitrarily arrests, detains, and imprisons its people because of their faith, according to human rights and anti-persecution groups.

The US State Department estimates there are thousands of prisoners held for their faith. USCIRF includes more than 45 cases on its Victims List; Abune Antonios was listed as Prisoner #260.

At the moment, only the Roman Catholic Church, Coptic Orthodox Church, Sunni Islam, and the Lutheran Church-affiliated Evangelical Church of Eritrea are the legally permitted religious groups.

Some religious leaders from the Orthodox, Full Gospel, and Jehovah’s Witness faiths have remained in imprisonment for more than 15 years, according to human rights organizations. World Watch Monitor chronicles many incidents.

According to Kuria, the problem in Eritrea is that the government clamps down on any alternative voices—even the very mild and conservative—in a desire to be the only source of authority.

Antonios was arrested after he became critical of government excesses and resisted continued interference in Orthodox Church affairs by officials.

While in detention, Antonios had been denied the right to attend church services and was not allowed any visitors, including his followers, clergy, or relatives. He was not given a chance to challenge his detention in a court of law.

“Despite 16 years of unremitting pressure, mistreatment, and defamation, the patriarch never compromised, even when it would have led to his reinstatement,” said Mervyn Thomas, founder and president of CSW (Christian Solidarity Worldwide), in a February 10 statement. “He chose instead to protect the integrity and doctrine of the church with which he had been entrusted at the cost of freedom and comfort in his twilight years.”

Thomas urged the international community to honor the patriarch’s courageous stand for freedom of religion by galvanizing efforts to secure the release of three Orthodox priests for whom Antonios advocated as well as thousands of others detained on account of conscience, religion, and belief.