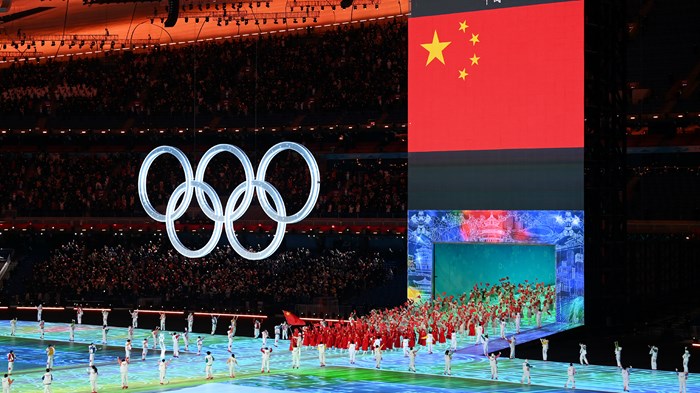 The 2022 Winter Olympics in China have started off with comparatively poor TV ratings in the US, including a record low for the Opening Ceremony.

While an audience of 16 million is no small figure for NBC, the previous low was 20.1 million for the opening of the 1988 games in Canada.

Such news will likely please religious freedom advocacy groups, such as Open Doors USA, which have called for Christians to follow the US government’s lead—as Canada, the UK, and Australia have done—and to boycott Beijing’s Olympics in response to reported human rights violations against Uyghurs, Christians, and other religious and ethnic minorities in China.

Among Americans who have heard about the Biden administration’s diplomatic boycott of the 2022 Olympics, approximately two-thirds agree with it, according to the Pew Research Center.

This includes at least 6 in 10 white evangelicals, white mainline Protestants, black Protestants, Catholics, and religiously unaffilated Americans who know about the boycott. White evangelicals are the most likely to strongly approve (34%), while white mainliners are the most likely to approve overall (68%). But overall, the US religious groups hold similar stances, with no statistically significant differences.

The Pew survey, conducted last month from January 10 to 17, also found that roughly half of Americans have heard “nothing at all” about the US diplomatic boycott. Of this group, 26 percent approved and 21 percent disapproved. American Christians were similarly split, with pluralities stating they were “not sure” about the boycott.

Pew also asked Americans whether they saw China as primarily a partner, a competitor, or an enemy of the United States. Half labeled China as a competitor, while one-third labeled it as an enemy.

In January 2021, the US State Department declared that China’s mass detention and forced labor and reeducation of Uyghur Muslims in the northwest region of Xinjiang qualified as genocide. The decision was applauded by the US Commission on International Religious Freedom. In June 2021, the Southern Baptist Convention became the first American denomination to officially condemn the Uyghur genocide.

CSW signed a January 28 letter along with 240 NGOs—including ChinaAid, the Family Research Council, and the Religious Freedom Institute—supporting a diplomatic boycott and urging athletes and sponsors to call out the human rights abuses documented since China was awarded the 2022 Games in 2015.

Open Doors ranks China at No. 17 on its 2022 World Watch List of the 50 countries where it is hardest to be a Christian. Its researchers tallied 3,000 attacks or forced closures of churches and other Christian buildings in China, representing 3 in 5 of such recorded incidents worldwide last year.

In the United States … most people of faith appear to be woefully ignorant of the plight of their fellow believers in China. The persecution of Chinese Christians is rarely if ever mentioned on Sunday mornings in American megachurches. Raising awareness has been a long, slow struggle for the handful of organizations dedicated to the effort of exposing religious persecution in China and elsewhere.

President Biden’s diplomatic boycott is a chance for Americans to act. Martin Luther King Jr. once famously said, “In the end, we will remember not the words of our enemies, but the silence of our friends.” It’s time for American Christians to break their silence and stand up for their persecuted brothers and sisters in China.

Specifically, American Christians and others need to look at the more than 80 major brands with links to the forced labor of Uyghur Muslims. Some are also major sponsors of the 2022 Winter Olympics, including Panasonic and Samsung. China Aid, a Christian group led by former house church pastor Bob Fu, has already called for a boycott of Olympic advertisers until China “announces a date they will close Uyghur concentration camps and releases a list of religious prisoners.”

Meanwhile, The Voice of the Martyrs (VOM) has urged supporters to commit to a “prayer boycott” of China’s Olympics.

“The Olympics are always filled with wonderful pageantry and inspiring athletic accomplishments. But let’s not forget what the host government doesn’t want us to see: imprisoned pastors, destroyed church buildings, and a complete lack of religious freedom,” said spokesperson Todd Nettleton in a press release. “I hope every Christian will use each event and every Olympic update as a reminder to pray for our persecuted family members in China as the Scriptures instruct us to do.”

To date, VOM tallies more than 20,300 prayer commitments from 136 countries.

Last week, the ERLC assessed how Christians should approach boycotts, drawing from just war theory, and offered this example:

1) We can refuse to watch the Olympics on NBC since ​​viewership increases their advertising revenues. We can also refuse to buy any products made by slaves—which might include Olympic souvenirs—since this is the best way for me to apply proximate justice.

2) However, we may decide we will not refuse to buy products merely because they are made in China since an individual boycott is almost assuredly going to be ineffective, and the most likely outcome would be that the only people hurt would not be the Chinese government but the poorest of Chinese workers (some of whom are our brothers and sisters in Christ).

3) We can use what power we have to take other steps that are most likely to affect the Chinese government and minimize the harm to innocent Chinese people. For example, we can use social media to raise awareness about Chinese atrocities and the treatment of the Uyghurs while the Olympics is ongoing.