Though Catholic and evangelical leaders have endorsed existing options, this vaccine is the first without links to fetal-derived cell lines.
Jack Jenkins - Religion News Service|February 18, 2022 11:25 AM 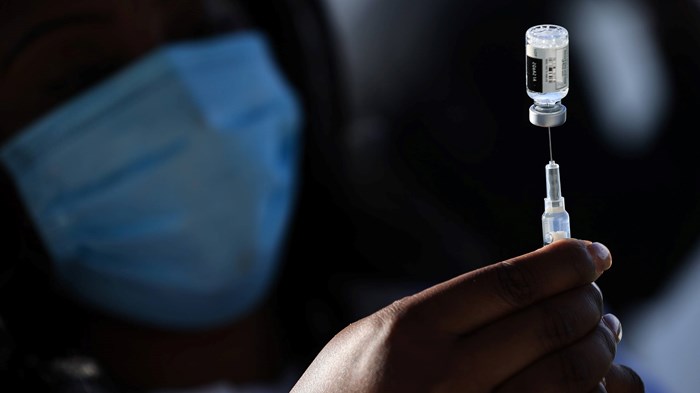 That’s the question swirling around a vaccine made by Novavax, a Maryland biotech firm that submitted its request to the US Food and Drug Administration last month for emergency use authorization of its COVID-19 shot, also known as NVX-CoV2373.

Although more than a year behind competitors such as Moderna and Pfizer/BioNTech, which were both cleared for emergency use in late 2020, Novavax’s two-dose vaccine has already been approved for use in other countries such as the UK, and the company hopes to aid global inoculation efforts.

But Novavax may have another unusual selling point: the potential to woo vaccine skeptics who reject other widely available vaccines because of distant links to abortion they say violate their morals and their faith.

“No human fetal-derived cell lines or tissue, including HEK293 cells, are used in the development, manufacture or production of the Novavax COVID-19 vaccine candidate, NVX-CoV2373,” a Novavax spokesperson told Religion News Service via email.

About 64 percent of the US population has been fully vaccinated against COVID-19 as of February 18, with 28 percent having received an additional booster shot, according to The New York Times.

Public health experts say the unvaccinated population is harboring vaccine hesitancy or outright anti-vaccine sentiment, some of it driven by faith. According to a December 2021 survey by Public Religion Research Institute and the Interfaith Youth Core, 10 percent of Americans say they believe getting a COVID-19 vaccine conflicts with their religious beliefs.

Among their objections is that in developing or testing their vaccines, Moderna, Pfizer-BioNTech, and Johnson & Johnson all used cell lines in various ways that trace their origins to aborted fetuses from the 1970s and 1980s. The most commonly used in medical laboratories are known as HEK293 and PER.C6.

Bishop Joseph Strickland of the Diocese of Tyler, Texas, has defied Catholic Church hierarchy by taking a hardline stance against COVID-19 vaccines because of the controversial cell lines.

“I WILL NOT take an abortion tainted vaccine, I wish other bishops had joined me months ago,” Strickland tweeted in April 2021. But he linked from the tweet to an article from the website Catholic Culture, which promoted Novavax’s shot in a separate December 2020 post as “apparently developed and produced without any involvement of fetal tissues.”

Novavax CEO Stanley Erck has expressed hope his vaccine could win over vaccine skeptics in general. “In the US, the primary market I think in 2022 is going to be to supply a vaccine, our normal two-dose regimen, to a lot of people who have been hesitant to get other vaccines,” Erck told CNN in November.

Some prominent anti-vaccine activists, such as Robert F. Kennedy Jr., have been cautious but notably less hostile toward Novavax because it uses protein-based technology, a more traditional approach than the mRNA-based vaccines created by Moderna and Pfizer. The animal cells employed in its development, Novavax notes, come from moths.

The company claims the shot was up to 90 percent effective in preventing the original strain of COVID-19 and announced in December that it also generates an immune response against the omicron variant.

Abby Johnson, a prominent anti-abortion activist who has repeatedly condemned many COVID-19 vaccines because of their connection to fetal cell lines, celebrated Novavax’s approach.

“It is my understanding that (Novavax) has been used successfully in several countries with a high efficacy rate,” she told RNS in a statement. “It is also my understanding that there are not any ethical concerns regarding Novavax, which is hopeful for pro-lifers who have avoided the vaccine due to those objections.”

Scientists and faith leaders have dismissed criticism of HEK293 and other cell lines, explaining that the cells used today are clones many steps removed from the original tissue and not present in the mRNA-based vaccines themselves.

Both the Vatican and the US Conference of Catholic Bishops have issued statements declaring it morally permissible for Catholics to get Moderna, Pfizer and Johnson & Johnson shots despite use of the cell lines.

Texas pastor Robert Jeffress, onetime adviser to former-President Donald Trump, has similarly derided the cell line argument, pointing out that they are used to develop a host of common medicines.

“Christians who are troubled by the use of a fetal cell line for the testing of the vaccines would also have to abstain from the use of Tylenol, Pepto Bismol, Ibuprofen, and other products that used the same cell line if they are sincere in their objection,” Jeffress told the Associated Press in September.

Yet religious arguments have continued to crop up among those who oppose vaccine mandates. A major protest in Washington, DC, last month began with a musical number that characterized vaccine mandates as “a war on religion.” What’s more, vaccine controversy has spurred fusions of Christian nationalism and anti-vaccine rhetoric.

Novavax’s distance from the cell lines might not be enough for some, however. Asked about the Novavax shot, Sarah Quale, president of the anti-abortion Personhood Alliance Education, pointed to a scientific study of Novavax’s vaccine that referred to the use of HEK-293 cells.

Pressed about the study, a Novavax spokesperson said the company “did not use HEK-293 cells in the testing of NVX-CoV2373.”

“The reference in the Science paper to HEK293 cells was based on well-established scientific knowledge, did not include our vaccine protein, and is completely independent of Novavax COVID-19 vaccine development,” the spokesperson said in a followup email.

Quale remained skeptical, noting Novavax has “not made information available as to which cells were used in testing.”

Meanwhile, Johnson noted that while any use of the cell lines would change her opinion of the shot, she’s “not seeing any evidence that they were, and Novavax is denying they were used.”

Stacy Trasancos, who recently left her post at the St. Philip Institute of Catechesis and Evangelization and co-leads the anti-abortion group Children of God for Life, both of which are tied to Bishop Strickland, called Novavax’s initial response “confusing,” but did not immediately respond to the company’s clarification.

Whether Novavax’s efforts will be enough to win over Strickland or those who agree with him is an open question.

The marriage of anti-vaccine sentiment and opposition to vaccine mandates has emerged as a political force all its own, and many who oppose vaccines root their views in a variety of conspiracy theories, not just faith. Even if it does convert some of the unvaccinated, it’s unclear if the shift would be significant.

But as the US nears 930,000 deaths attributed to COVID-19, according to the Centers for Disease Control, any increase in vaccinations may make a difference.