Even with recent divides in congregations, survey finds high levels of satisfaction among churchgoers.
Kate Shellnutt|January 17, 2022 06:00 AM 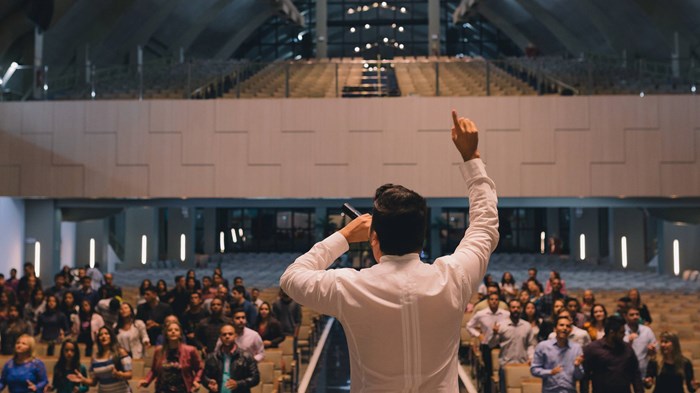 At a time when pastors feel particularly under pressure, here’s some good news from the pews: Evangelical churchgoers are pretty happy with how things are going at their churches.

Most don’t think the sermons are too long; if anything, they’d like to see more in-depth teaching from leaders. They aren’t bothered by too many messages about giving. They don’t think social issues and politics play an outsized role in the teaching.

That’s according to a new survey of evangelical churchgoers in the US, the Congregational Scorecard conducted by Grey Matter Research and Consulting and Infinity Concepts.

Around three-quarters are satisfied with their congregation approach to various areas of church life and wouldn’t want it to change, the survey found.

“By and large, churches are doing a pretty good job of giving evangelicals what they want to experience,” the researchers concluded. The survey focused on evangelicals by belief who attend worship services at least occasionally.

Those who don’t think sermons are the right length are just as likely to say they want them longer as they are to want them shorter.

A 2019 Pew Research Center analysis found that average evangelical sermon is 39 minutes long, while sermons in historically Black churches tend to be longer, around 54 minutes. There’s no single answer for the ideal sermon length, but Mark Dever told 9Marks last year, “A sermon should be as long as a preacher can well preach and a congregation can well listen.”

Grey Matter reported that few young churchgoers are bored with preaching; just 10 percent of those under 40 want shorter sermons. Of those 70 and older, 11 percent would like the pastor to preach shorter.

And younger evangelicals are the ones most likely to want more in-depth teaching from their churches. Evangelicals under 40 are twice as likely as their seniors (39% to 20%) to want more substance from the pulpit.

“Virtually no evangelical churchgoers wish their church would lighten up a little on [in-depth teaching], but three out of ten would like more of it,” according to the Grey Matter report. “So maybe it is time some church leaders push just a little bit more in terms of the depth of teaching they are providing.”

Even after a year when some congregants criticized COVID-19 responses and churches saw deepening fissures over how leaders engaged political and social issues, most churchgoers still gave their churches high marks in these areas.

Two-thirds said their church had the right amount of political engagement. Those who weren’t satisfied were twice as likely to say they wanted less politics in church (22%) than to wish for more (11%).

For people who don’t attend as regularly (once a month or less), political messaging was the top thing they’d want to change about church; 35 percent said they wanted less politics.