Unlike many American counterparts, evangelical institutions in Egypt, Jordan, and Palestine enjoy an influx of students as they serve beyond their ivory towers.
Jayson Casper|July 8, 2022 10:00 AM 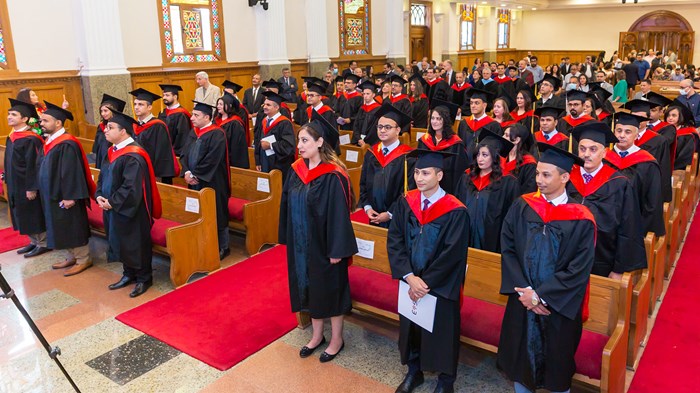 Image: Courtesy of ETSC
The 2022 graduation ceremony for the Evangelical Theological Seminary in Cairo.

Bassem Ragy did not need a master’s of divinity degree in order to do math.

Seven years ago, when his church’s preschool children presented their paltry Sunday school offering of 7 Egyptian pounds (then equivalent to $2), he recalled the equation of five loaves plus two fishes.

Now one of 69 members of the 2022 graduating class of Evangelical Theological Seminary in Cairo (ETSC), the newly-minted MDiv can preach Jesus’ miracle from the original Greek.

“When I see the work of our graduates, it gives me hope for the church’s future,” said Tharwat Wahba, ETSC vice president for church and society—and one of its many alumni. “We must keep up our momentum.”

The fishermen are multiplying.

In 1995, there were about 50 students at the Presbyterian institution. By 2005, seminary research had identified 311 affiliated churches, 127 of which lacked a full-time pastor.

By 2019, enrollment had grown to 300 students. Three years later, it reached 509. And now affiliated churches number 450, only 70 of which lack pastoral leadership.

Founded in 1863 aboard a felucca, a traditional Egyptian boat, in the Nile River, ETSC’s floating campus served mission stations and fledgling churches associated with the then-American Presbyterian movement. The seminary has steadily supplied synod pulpits ever since.

Wahba linked the explosive growth to a low point in modern Egyptian history.

While most Coptic Christians were cautious about the 2011 Arab Spring, many evangelicals seized the opportunity to minister to revolutionaries in Tahrir Square, hoping for the success of the democratic moment. But Islamist politicians quickly dominated the parliament, and in 2012 the Muslim Brotherhood captured the presidency.

Much of the Egyptian church felt under siege.

But the following year, ETSC—which had created a missions department back in 2002—made church planting and evangelism a required course for MDiv students. And in summer 2013, when a popularly backed coup removed Islamists from power, Egyptian evangelicals were already poised to serve society.

In 2015, newly elected President Abdel Fattah al-Sisi visited the Coptic cathedral for Christmas. In 2016, parliament passed a law to facilitate the building of churches and license existing houses of worship—long a sore spot for Christians of all denominations.

Most church plants reflect migration patterns, Wahba said, as Egyptians flocked from villages to cities. But as Egypt addresses overpopulation by expanding its existing urban areas, land in each has been zoned for new church construction.

Taking advantage of Egypt’s stability and official public favor toward Christians, evangelical parachurch ministries boomed. Wahba estimates there are now at least 2,500 employees across 105 organizations affiliated with the government-recognized Protestant Community of Egypt.

Their training has to come from somewhere.

ETSC, accredited at the master’s level by the European Council for Theological Education (ECTE), expanded its programs to include master’s degrees in leadership and management, media ministry, and four different emphases of theology.

Prior to COVID-19, 70 percent of students were already online. But offices in Alexandria and the Upper Egyptian cities of Minya, Asyut, and Sohag facilitate localized education and ministry with computers, a library, and secretarial assistance.

“Students began to think out of the box,” said Wahba. “Honor was attached to outreach, and a movement began to grow.”

It is taking place at a low moment in American seminary education. 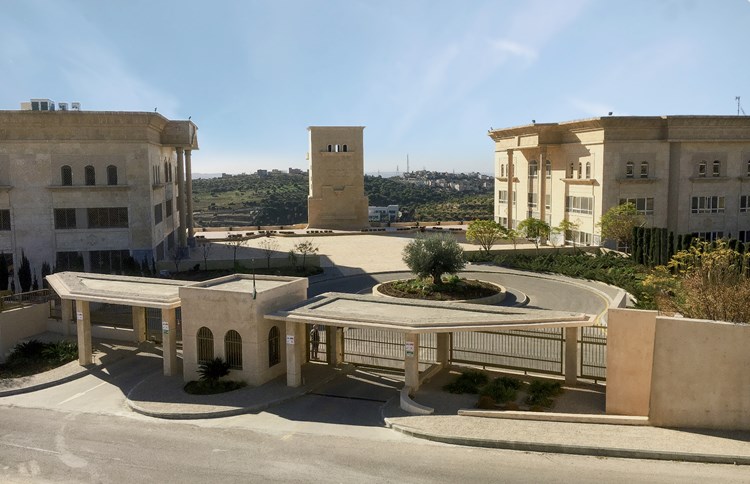 Evangelical stalwarts have been shedding students over the past two decades. Fuller Theological Seminary—which is launching a partnership with ETSC for a doctor of ministry degree this coming fall—has seen full-time equivalent enrollments plummet 48 percent since 2002. Meanwhile, enrollment has declined 44 percent at Trinity Evangelical Divinity School (TEDS) and 34 percent at Gordon-Conwell Theological Seminary.

Part of the reason is demographic. Generation Z has 4 million fewer members than the millennial generation, and of those born after 1996, 44 percent do not identify with a religious tradition.

Meanwhile, 60 percent of Egypt’s population of 100 million is under age 24.

Christians represent roughly 10 percent of Egyptians, with evangelicals less than 2 percent. But while the Arab Spring soured many Muslims on political Islam, it generated a surge in ecumenical respect around a united Christian identity. Wahba estimates about 7 percent of ETSC students now come from Orthodox and Catholic backgrounds.

“America was already in a post-Christian culture, and now they are talking post-church,” he said. “But in Egypt, we have a huge market for theological education.”

Benefiting from generous local and international support, ETSC students pay very little. This has made the growth in enrollment since 2019 “an act of faith,” said Wahba. All students receive an 80 percent scholarship; MDiv students receive 98 percent.

Similar generosity is received in Palestine, where the $9,000 tuition at Bethlehem Bible College (BBC) is reduced up to 70 percent for the roughly 150 theology and ministry students. An additional 40 students obtain degrees through Nazareth Evangelical College, a sister institution in Israel. 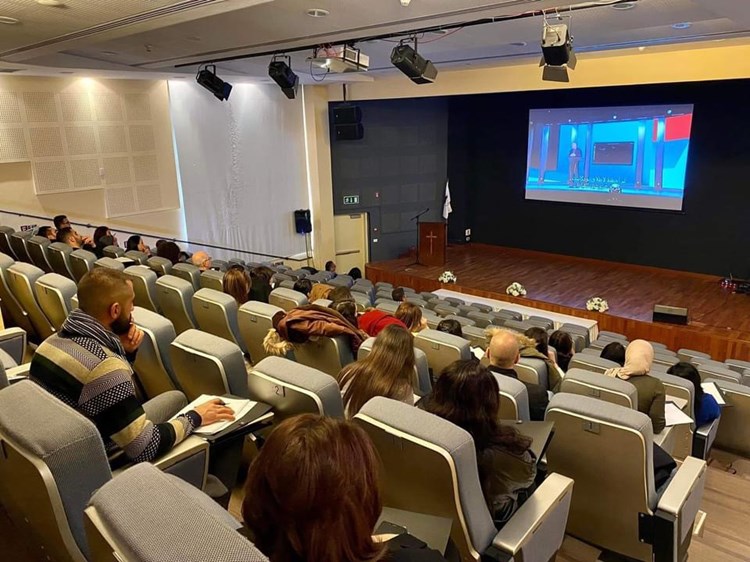 BBC president Jack Sara estimates its graduates fill 60 percent of Holy Land pulpits. But while the school’s community-based courses have increased in popularity—now with 100 students—overall enrollment has stabilized the last several years.

Even this is a “breakthrough,” said Sara, a PhD graduate of Gordon-Conwell. Life in the West Bank is difficult, he said, and Christians are emigrating. BBC was founded in 1979 when Christians comprised 5 percent of the population; today they comprise 2 percent. Bethlehem’s Christians now tally only 11,000.

The Christian community is also few in Jordan, but overall national stability has led to a growth in seminary education. Still, the comparison to Egypt is “apples and oranges,” said Imad Shehadeh, president of Jordan Evangelical Theological Seminary (JETS).

Drawing from an estimated population of 200,000 Christians, of which 1 percent are evangelicals, the institution’s 100 to 120 students represent a steady increase from a low of 65 in 2001. Registered by the Ministry of Culture, JETS bachelor’s and master’s degrees are also accredited by ECTE, with its doctoral program currently under review.

Students pay an average of $75 per month, subsidized from $775, with an additional $500 monthly for living assistance. The investment has generated results, as Shehadeh said that across Jordan’s 60 evangelical churches, 70 percent of pastors graduated from the seminary.

The Jordanian government, however, limits on-campus study to students of Christian background. Online courses—now 25 percent of enrollment—extend its gospel-centered teaching to those raised in other faiths, but on average only 60 percent of accepted students outside the country are granted visas.

From 2002, Iraqis, Syrians, and Sudanese began disappearing from the ranks of JETS student body.

Shehadeh, a graduate of Dallas Theological Seminary, said his campus and teaching capacity can accommodate up to 500 students—should restrictions be lifted, and funds obtained. But to fill in the gaps, JETS has increasingly taken its model mobile, providing courses directly in Jordan’s evangelical churches.

“Graduates equipping future graduates,” he said. “Those qualified can now come alongside the pastor to support his teaching ministry.”

ETSC has a different challenge to overcome.

Despite steadily decreasing the gap between churches and clergy, the Egyptian seminary may soon see a reversal. Up until 2011, it averaged a cohort of 50 MDiv students. In 2022, there were 28, and of the 70 graduating students, only 4 obtained the pastoral degree.

Parachurch ministries pay more, Wahba said, and draw away the best lay volunteers. The near-total scholarship is meant to encourage potential pastors, who every summer are sent out to serve in struggling villages and urban centers. Many of them stay, accepting the call to a disadvantaged parish.

Including Ragy. Serving in the labyrinthine alleyways of Cairo’s Nozha slums, his fellowship receives 100 people each week for worship.

At first, he joined kids kicking the soccer ball in the streets. Telling them about Jesus, as he met their parents he invited them to a home group in his apartment. Eventually he offered practical service, opening a nursery above his makeshift church, now in its third location. Its professionally painted murals are an oasis within a sea of concrete.

And the families come. Loaves and fishes, multiplied.

“God has opened a door for evangelism and church planting, and we do not know how long it will remain,” said Wahba. “But we ask for your prayers during this golden time of harvest, to walk through it.”