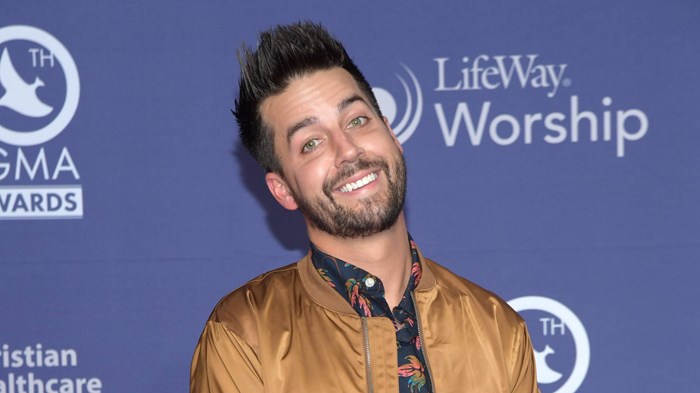 The aftermath of the scandal that shook John Crist’s career has become part of his comedy, turning his lessons learned into new material and his experience with “cancel culture” into a punch line.

This month, the popular Christian comedian released a full-length special on YouTube and announced a book due out in October. His debut Netflix special and his first book were pulled after a 2019 Charisma investigation uncovered a pattern of manipulation and sexual harassment of female fans.

Since returning to the stage and social media, Crist has discussed his downfall and four-month stint in rehab, even making off-the-cuff references to his alleged misconduct.

During a performance in February 2022, for example, a woman shouted at the stage from the audience. Crist responded, “Love you, girl!” before pretending to catch himself. “That’s how I got in trouble last time,” he joked. He posted the clip to his YouTube channel and social media, where he has built a fan base of millions through jokes and satire rooted in evangelical culture.

In a Q&A last weekend, the comedian also told his 1.1 million Instagram followers that he “wrote a book in 2019 but then I got canceled rip.” Crist said his upcoming book—Delete That: (and Other Failed Attempts to Look Good Online)—will recount the story from his perspective. 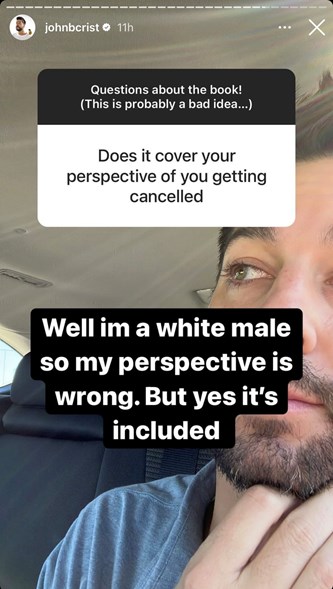 Crist has blamed his “own horrific choices” and apologized for disappointing followers when he had to step away to address “sexual sin and addiction struggles” and get sober. He hasn’t publicly acknowledged the women who say they were hurt by his behavior, however, and victims and their advocates say he has not apologized.

Crist’s new book was announced last Friday and shares a similar take on social media image management as the unpublished title from 2020 (the former was called Untag Me). Its description reads:

In Delete That, Crist takes responsibility for his actions, offers some reflections on how to do better, and encourages us all to stop capitulating to the fear of “But what will they think?!” Instead, this book offers a bold invitation to stop curating life and start living it … one Nickelback concert at a time.

Crist posted on Instagram on Saturday that it would include his perspective on getting canceled but wrote that “im a white male so my perspective is wrong.” The 38-year-old also said that fans can read about “the first ever sex scandal that involved no sex.”

Promoting the book on his podcast last week, Crist recalled how his PR team told him they didn’t need know what happened if he had been drinking in a hotel room with a woman since “you’re kind of already guilty even if nothing happened.”

“I lived my entire life to delete and manicure everything, and then everybody found out everything about me,” he said on Net Positive, the podcast he launched in May. “And I found out that they still liked me, and that changed my whole life.”

Crist’s new book is from a secular imprint, Penguin Random House’s Crown Forum, while the previous one was set to be published by its Christian subsidiary WaterBrook.

Despite the references to getting canceled, Crist maintains a robust Christian fan base and has been back on tour since 2021, performing back-to-back nights of sold-out shows in some cities. His new special on YouTube has nearly three quarters of a million views, and he’s slated to tape another in Dallas this week.

Crist has discussed how he expected to be rejected by Christian fans after rehab but the opposite happened. He now sees their continued support as an extension of God’s acceptance.

“You guys have shown me a love that I have never experienced in my life,” he said in a March 2021 Instagram story thread, reflections that he later repeated in his comedy set. He also had a bit comparing motherhood to being in rehab.

Fans celebrate his vulnerability and Christian testimony in bringing up the darkest times of his life publicly. But some have continued to call Crist to repent and step down from the stage, including victims who say he’s “literally profiting” off their trauma.

Around the launch of his June 1 YouTube special, advocates challenged Christian podcaster Annie F. Downs for promoting Crist on Instagram and celebrating her friendship with him; Downs removed the post and apologized.

Multiple women have come forward in the past couple years with stories alleging predatory behavior, abuse, and manipulation. One wrote, “One of my greatest fears when all this happened was that he would disappear and then come back like nothing happened.”

Within months of getting out of rehab, Crist was back to performing bits and funny videos on social media. The following year he was touring nationally. Only this time, he wasn’t performing in megachurches but traditional comedy venues.

“When I got canceled, no one really knew what to do. I’m obviously still a believer, but we just don’t perform in churches. But that seems fair. A lot of the criticism of me is fair,” Crist said in an interview in January. He implied that he shouldn’t be held to the same standard as a pastor and suggested that saying he shouldn’t work anymore would be “unfair.”

Based on his material, Crist attracts the same evangelical, Southern audience—people who get all the cultural references from a homeschooled preacher’s kid and former Chick-fil-A employee.

During his latest special, filmed at the Lyric Theater in Birmingham, the crowd completed Bible verses at his prompting and sang “Father Abraham” together. “Put the arms down! That’s why people are scared to come to church,” he said.

While on tour, Crist has done an Instagram series visiting and “reviewing” local churches, including some outside his tradition, such as a Greek Orthodox service. He recently shared clips from a visit to Lakewood Church, where he bought a T-shirt in the gift shop.

His social media videos resemble the kind of content Crist did earlier in his career, joking about dads, pastors, fast food, sports, and stereotypes of “basic” white women.

Crist appeared at Turning Point USA’s Americafest at the start of the year, a segment cohosted by Alex Clark, who said she dated the comedian back in 2018. They discussed conservative women’s appearance and how comedy and politics are both approaches to igniting cultural change.

“Cancel culture and the #MeToo movement came first and hardest and only for comedians,” he said, “because comedians will tell you the truth in a way that exposes you.”