Joel Taylor, who directed the popular label since the beginning, has resigned.
Kelsey Kramer McGinnis|May 26, 2022 10:28 AM 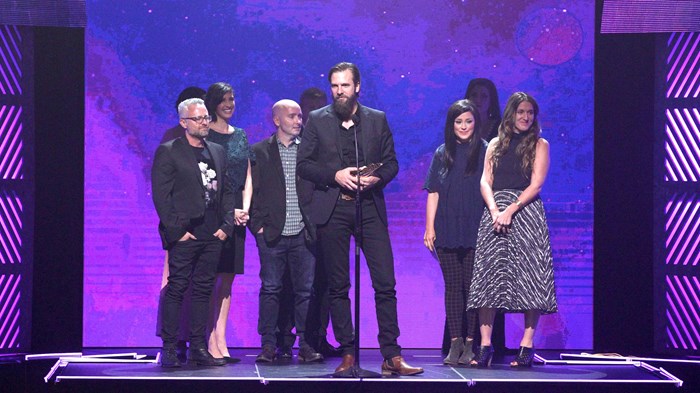 Millions of Christians would not be gathering to “Raise a Hallelujah” had it not been for Joel Taylor, the producer and executive who helped to lead Bethel Music from a worship ministry to a major label.

Taylor announced last week that he was resigning “after 13 wonderful and challenging years” as CEO of Bethel Music. During that time, the organization captivated Christian listeners with long, spontaneous worship sets and harnessed its digital brand with high-quality music videos.

“When we founded the label, we knew God was going to use us to build something special,” Taylor wrote on Instagram. “But God’s plan was even bigger than our dreams … and we had big dreams.”

The launch of Bethel Music under Taylor in 2010—when the label was cofounded by worship pastors Brian and Jenn Johnson—coincided with a notable rise in the popularity of worship music for consumption via radio, streaming, and live performance.

“They didn’t play worship on the radio back then, and they told us we wouldn’t ever be on the radio. When we wanted to bring worship to the world on tour, we were told people wouldn’t host us,” Taylor wrote. “We had to listen to God and believe in our hearts the ‘impossible’ could happen.”

Bethel Music began as an extension of the music ministry at the Redding, California, charismatic megachurch. Within the first couple years, the budding label had released worship hits like “Love Came Down” and “One Thing Remains.” From 2014 to today, its singles have consistently landed on the Christian charts, with six songs reaching certified gold, two certified platinum (“It Is Well” and “No Longer Slaves”), and one certified double platinum (“Reckless Love”).

Bethel’s trajectory, in some ways, illustrates the shifts in the Christian music industry over the past decade: Worship music has become a mainstay of Christian radio, worship artists are in high demand for live arena tours, and major worship groups are up for Grammys.

During Taylor’s tenure at Bethel Music, the label has released 15 worship albums—around half of which have hit Billboard’s Top 10 Christian Albums chart—and has won 11 Dove Awards. Taylor himself cowrote many of Bethel’s songs, including “Forever (We Sing Hallelujah),” “Have It All,” and “Faithful to the End.”

Most famously, “Raise a Hallelujah” was written for Taylor’s family in 2019, when his son was battling a life-threatening infection. The story of the song, and his son’s miraculous healing, has become part of his testimony.

“I often get asked what it takes to build a record label. I don’t actually know,” Taylor wrote last year. “But one thing I’m sure of … it’s all about the songs. Most everything else is just a distraction.”

Bethel Music, a collective of artists out of Redding and beyond, embraces its charismatic roots in its performance. While some listeners have challenged the church’s theology, Bethel releases generally enjoy popularity across evangelicalism.

“Bethel Music has been transformative to the worship community,” Christian artist and worship leader Martrell Harris told CT. “There is a level of freedom in their expression. They are expressive. They are prophetic.”

Bethel Music’s YouTube channel has over 4 million subscribers. The channel is populated with hundreds of meticulously produced videos of live performances, designed to offer an immersive experience of a recorded event.

Harris, whose master’s thesis examined Bethel Music’s use of online platforms, sees its mastery of audiovisual media as a major factor in their success. “Watching their video content,” said Harris, “you can get lost in a moment.”

Again, it’s setting new standards for worship. The style of Bethel videos and performances has shaped the church production industry. Church creative teams can find resources that explain “how to get the ‘Bethel look,’” which cameras Bethel’s production teams are using, and how they approach production design.

When the 2020 pandemic forced churches to move their services online, Bethel’s investment in building a visual brand as well as a musical one made it a model for churches looking to produce engaging, professional online worship services.

“Bethel is just ahead of the game,” said Harris.

Bethel Music did not respond to Christianity Today’s request for comment on Taylor’s departure. He had been active as a songwriter, producer, and business executive but hasn’t said publicly what his next professional steps will be.

According to an Instagram announcement, he and his family are moving from California, where he also co-owned a coffee shop, to Franklin, Tennessee, outside Nashville.

“A lot of people ask what I’m going to do next,” Taylor wrote on Instagram. “I’ve been on a deep pursuit of God, His truth, His presence, and His direction as I enter into my second-half of life.”