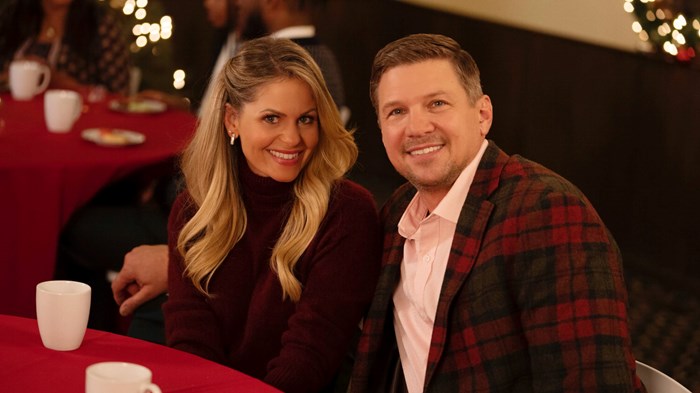 The Hallmark Channel turned holiday movies into a festive, feel-good, and always snowy empire. But this year, the network lost one of its queens of Christmas to new competition.

“I knew that the people behind Great American Family were Christians that love the Lord,” she said. “And [they] wanted to promote faith programming and good family entertainment.”

Bure—an outspoken evangelical with her own line of DaySpring Bible devotionals, a son at Liberty University, and a brother who also brings faith to Hollywood—was drawn to the new network’s focus on faith and family programming.

The switch comes just as Hallmark gears up to launch its first Christmas rom-com centered on a same-sex couple, but Bure said her departure was not a response to the LGBT representation on the network. She stated that her contract at Hallmark was up and that Great American Family presented a new opportunity for her.

When Bure recently told the Wall Street Journal that she thinks the new network “will keep traditional marriage at the core” rather than feature same-sex couples, she received a wave of criticism from celebrities like dancer JoJo Siwa and country singer Maren Morris.

“I have a simple message: I love you anyway,” Bure responded to critics in a post on Instagram this week. “To everyone reading this, of any race, creed, sexuality, or political party, including those who have tried to bully me with name-calling, I love you.”

Her “traditional marriage” comment sparked deeper discussion about the two networks. Abbott had left the Hallmark Channel’s parent company, Crown Media, after a debate over whether to run commercials featuring a same-sex wedding. He has also said that his departure was unrelated to the controversy.

During Abbott’s tenure at Crown Media, he saw low-budget Christmas movies—for all their predictability and cheesiness—turn into big business.

Hallmark Channel’s annual lineup of dozens of holiday originals (31 this year) has put the network at the top for female viewers and weekend programming. It brought in $148 million, more revenue than any other cable or broadcast channel in November and December last year. Comfortingly familiar and family friendly, the movies have wide appeal, including among Christian viewers.

The Hallmark Channel, which boasts over 1 million subscribers, is readily available on streaming platforms and cable packages. Great American Family is currently harder to find, though it is available as a Hulu or Sling add-on, among other options.

Bure appeared in 29 Hallmark movies between 2008 and 2021. Playing “Holly” in Hallmark’s Moonlight & Mistletoe was her reentry to TV after a decade away. She also starred in one of its biggest holiday hits, Switched for Christmas. (She said in September she still plans to partner with Hallmark on her DaySpring line.)

Great American Family has 18 original holiday movies in its lineup this year, telling the stories of all kinds of women—a caterer, an ice skater, a farmer, an advertising executive, a travel blogger, a singer, and a restaurant owner—who find love in festive settings at Christmas. Bure stars as the busy mom of teenagers in A Christmas…Present.

Even before the new network launch, the popularity of cheery Christmas rom-coms had already spilled over to other platforms like Netflix, Amazon Prime, and Lifetime. Great American Family’s messaging around “faith, family and country” seems poised to attract conservative Christians—including those who would be uninterested in watching a same-sex couple on Hallmark.

The network has contracted with several actors with ties to Bure, including her former Full House costars Lori Loughlin and Andrea Barber and Wonder Years star Danica McKellar, who has begun to visit Bure’s church, Shepherd Church in Los Angeles.

Abbott contends that “spiritual or faith-based content is grossly underserved.” Regarding the potential for same-sex romance storylines, he said in Deadline, “It’s certainly the year 2022, so we’re aware of the trends. There’s no whiteboard that says, ‘Yes, this’ or ‘No, we’ll never go here.'”

Advertisers are drawn to the audience at the new network. Great American Family has doubled its pricing and number of ad commitments this year, according to chief revenue officer Kristen Roberts.

The rise of Great American Family accompanies other faith-based media platforms in the entertainment marketplace. The Daily Wire podcast network, which appeals to many conservative Christians, is in the top 10 on the charts, and Christian children’s programming like Minno Kids and Yippee were created as alternatives to mainstream platforms. While they don’t have the reach of secular counterparts, Pure Flix and FaithStream TV continue to market family and faith programming.

Though Bure continues to face pushback for moving to a network whose movies focus on traditional marriage, fans have stuck up for her.

“Create your own network if you dislike the network someone else is helping to build,” wrote conservative Christian radio host Dana Loesch, pushing against Bure critics. “The eight billionth person was just born this week, so there’s no shortage of eyeballs. … I’ll be watching.”

On Instagram, Bure expressed her desire for inclusion since “I’ve never been interested in proselytizing through my storytelling, but in celebrating God’s greatness in our lives through the stories I tell.”

“God’s love and God’s compassion is front and center. All of that comes from the LOVE that God himself showered upon humanity when he gave the gift of joy and forgiveness on the first Christmas morning 2000 years ago,” she told followers. “It is why I love Christmas stories and sharing true joy and true peace with millions of people around the world.”