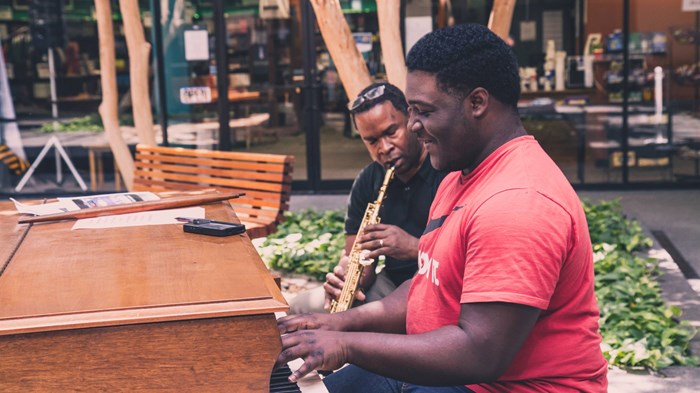 Image: Courtesy of the College of Biblical Studies

In an era when conservative evangelicalism and multiethnic urban ministry increasingly find themselves in tension, the College of Biblical Studies (CBS) is combining them.

The school averages 500 undergraduate students per semester online and across three campuses: Houston, Indianapolis, and Fort Wayne, Indiana. As its bylaws require, the student body is strikingly diverse.

The church is “not one single group of people,” said Chanelle Coleman, a 2021 CBS graduate and current student resource advocate at the college. CBS “does a great job of embodying what the kingdom of God and the body of Christ should look like.”

CBS offers bachelor’s degrees in biblical counseling, biblical studies, organizational leadership, and women’s ministry. A partnership with DTS, whose Houston extension shares a campus with CBS, allows students to earn a master of arts with one additional year of study. A program launching this spring will let students earn a DTS master of theology degree with two additional years of study.

George Floyd’s 2020 funeral in Houston put the college’s philosophy to the test in its own city. Students discussed the situation at length, Blocker remembers. One student said Jesus came from heaven to the needy and held authorities accountable, and he argued Christians should demonstrate for justice following Floyd’s death. Another countered with Romans 13, which demands that Christians respect government authorities. Demonstrating at the funeral would make the students “seem like trouble-causers.”

Together they devised a way forward. The group went to the funeral to pray for demonstrators on both sides of the conflict. Impressed by their thoughtful approach, a nephew of Floyd’s talked with them and later enrolled as a student at CBS.

CBS was founded in 1976 as Houston Bible and Vocational Institute. Initially, classes were held at KHBC, a Christian radio station in Houston. Quickly, the school turned its focus to biblical and theological training, which led to its current name. CBS moved to its present two-acre campus in 1994. Indianapolis and Fort Wayne campuses were added in 2019 when CBS merged with Indiana’s Crossroads Bible College.

CBS is part of an uptick in mergers and partnerships among smaller colleges over the past few years, as schools combat enrollment declines and financial pressure. According to data from the Chronicle of Higher Education, of the 435 four-year private colleges with under 1,000 students, half are Christian colleges.

From its inception, CBS confronted the lack of conservative theological training for Black ministers. In the era of Jim Crow, many theologically conservative colleges and seminaries excluded Black students. That contributed, for example, to Martin Luther King Jr.’s enrollment at Crozer Theological Seminary in Pennsylvania for his seminary training and Boston University for his PhD.

Yet liberal schools didn’t deliver the conservative doctrine valued by historically Black churches. Later, when conservative schools began admitting Black and brown students, some failed to contextualize the training for an urban setting.

CBS sought the best of both worlds—conservative theology and contextualization for the inner city. Most of the college’s students can’t pay tuition, so CBS is funded largely by donors, whom Blocker must sell on that vision.

“There’s only one thing that can transform the heart and regulate the mind, and that’s the Word of God,” said Blocker. When you allow [potential donors] to understand the authority of Scripture and how it impacts [students’] lives, who would not invest in that?”

As CBS approaches its 50th birthday, new tensions confront it. While many students come from urban and multiethnic churches, some professors and administrators and administrators attend larger evangelical churches. Blocker, for instance, is a member of Second Baptist Church in Houston, a Southern Baptist megachurch. CBS also affirms traditional evangelical stances, including complementarianism in gender roles and a pro-life view of abortion.

Though CBS doesn’t emphasize the label evangelical, observers have wondered whether that brand of instruction can persist among urban students in an era when some Christians of color have rejected evangelicalism as inconsistent with their worldview.

So far it has. Political science professor Marvin McNeese’s classroom demonstrates how. In teaching American politics, he encounters diverse student views. Some students—usually older African Americans—say the Founding Fathers “were racists and therefore could not have been Christians,” McNeese said. Other students stick up for the Founding Fathers and claim America is a Christian nation.

On this and other issues, opinions tend to vary along racial lines. Most Black students lean Democratic in their politics, McNeese said, while Hispanic students trend Republican. The political affiliations of white students vary. The key to unity among students is getting them to judge all opinions—political and otherwise—by the teachings of Scripture.

“We bring them together in the classroom studying the Scriptures,” McNeese said. “The light of the Scriptures, as well as just being able to recognize that we’re all in the same boat before God, [does] the lion’s share of the work.”

Coleman, a Black single mother of two, said her classes at CBS were a “safe space” because everyone was committed to learning, honoring God, and “keeping Christ at the forefront.” She loved seeing grandmothers and men recently released from prison study together.

“Just because you’re having those debates and those discussions doesn’t mean that you don’t love your brother and sister,” she said. “Sometimes it’s very much trying to gain an understanding and to find the common ground.”

The balance between evangelical theology and ethnic diversity may seem like it shouldn’t work. But it does. Blocker calls the college’s unique relational chemistry “grace relations.” It was on display recently in a men’s discipleship group led by the president.

A student living in the city asked the group to celebrate with him because he and his girlfriend were moving into an apartment together. Another said that was wrong. The group examined Scripture together, concluding cohabitation before marriage was immoral. Then they called the student’s girlfriend and led her to faith in Christ on speakerphone. The couple didn’t live together until they were married six months later—with two members of the discipleship group as groomsmen.

“These guys have crossed racial, ethnic, cultural lines,” Blocker said, “and you can’t pull them apart one from another.”