First NFL player to kneel and thank Jesus in the end zone said caring for souls and helping people in poverty were more meaningful than fame.
Daniel Silliman|September 22, 2022 01:15 PM 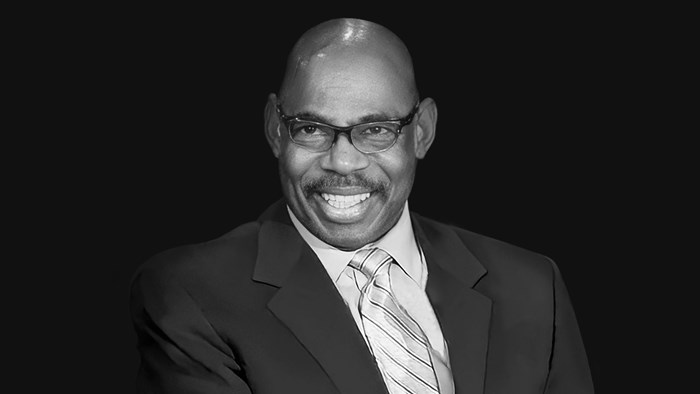 Herb Lusk II went down in history on a Friday night in August 1977.

The tailback for the Philadelphia Eagles caught an easy toss from the quarterback, tucked the football into the crook of his arm, slipped between a knot of players on his left, and sprinted 70 yards down the field to score a fourth-quarter touchdown. Then, in the end zone, in front of 48,000 yelling fans, he got down on one knee and prayed.

According to the official record keepers, he was the first to do that in the National Football League. He bowed his head, said, “Thank you, Jesus,” and that was history.

But Lusk, who died on Monday at age 69, insisted to the end of his life that that wasn’t the most important day of his professional football career. The most important was the second day of training in 1979, when he woke up in his dorm room and said, “I can’t play football.”

“Man,” his teammate said from the other bed, “this is only the second day of camp.”

He was done with football. He was going to be a Baptist minister.

The coach tried to talk him out of it. So did his dad, who was himself a Baptist minister. His father got on the phone and argued more people would see Lusk pray in an end zone than would ever lay eyes on him in a pulpit.

“Dad, I don’t think that’s enough anymore,” Lusk recalled saying. “I woke up in the dorm room and I knew it was over for me. I could feel the Lord’s call.”

Lusk quit football that day and committed himself to ministry. He became a dynamic, powerhouse pastor who turned a dying, debt-burdened congregation into a vibrant community of faith and a vital Philadelphia institution.

“It wasn’t a step down, going from the NFL to the church,” he once told Philadelphia Daily News columnist Ray Didinger. “It was a step up. My work is now eternal. I’m caring for people’s souls. That’s more important than carrying a football.”

Lusk was born in Memphis on February 19, 1953. He was named Herbert Hoover after his father, who was born in 1929, the year the Republican president was elected. In 1961, H. H. Lusk Sr. and his wife Bettye moved their family to Seaside, California, on Monterey Bay. The elder Lusk took a position as pastor of Bethel Missionary Baptist Church, and Bettye taught at the high school before she became the first Black principal. (Today, a wing of classrooms is named for her.)

Growing up, Lusk focused almost entirely on football. There was school and church and friends and girls. There was the tumult of the outside world—the assassination of Martin Luther King Jr., the rise of the Black Power movement, the war in Vietnam, and the end of the military draft the month before he turned 20. He thought sometimes about becoming a minister like his father. But mostly, there was football.

He went to California State University, Long Beach, in 1974 and quickly set himself apart as someone with an incredible talent for running a football down a field. His senior year, he ran 1,596 yards. Lusk led the Pacific Coast college league in rushing yards, rushing attempts, rushing touchdowns, yards from scrimmage, touchdowns from scrimmage, and overall touchdowns.

That same year, he started kneeling in prayer after each touchdown. He got a nickname for it: the “praying tailback.”

He said that sometimes at school the next day a student would ask him if he really believed in God, and it gave him a chance to witness for the gospel.

End zone celebrations were controversial in the 1970s. The National Collegiate Athletic Association banned spiking the ball, which led to touchdown dances in college and then professional football. Some fans booed the first time they saw wide receiver Elmo Wright, “the father of the end zone dance,” high stepping in a game between the Kansas City Chiefs and the Houston Oilers. As it became more common, white sports columnists wrote derisively about “those jitterbug dances” ruining the spirit of the game.

In recent years, kneeling on the field in protest (Colin Kaepernick) or prayer (Tim Tebow) has attracted a lot of attention and generated endless arguments between fans. When Lusk did it, though, people just thought it seemed like something Lusk would do.

“I don’t remember it as shocking or anything like that,” one teammate later said. “We just took it as, ‘That’s Herb.’ We knew he was a religious man, and this is who he was.”

He didn’t score any touchdowns the first year, and his most memorable play was a game-losing fumble. But then, in ’77, when the quarterback called “Toss 48” in a game against the New York Giants, he ran those 70 yards and finally made a touchdown.

A few sports reporters asked him about the prayer, afterward. Why hadn’t they seen him do that before? He told them he hadn’t had the opportunity.

“I wasn’t trying to draw attention to myself. This was just a moment between me and God,” Lusk said. “All I say is ‘Thank you.’ He knows what the thanks is for. We’ve been conversing a long, long time.”

Lusk quit two years later when he felt God tell him it was time. He said he was really tempted to stay, but he knew he couldn’t.

He was ordained at First African Baptist Church in Philadelphia in 1980 and became an associate minister. He went back to school and started studying for a master of divinity at Reformed Episcopal Theological Seminary, which was nearby. He took a steep pay cut but said it was okay because of the faithful support of his wife, Vickey Vickers, an Ebony magazine model who grew up three blocks from Lusk and attended his father’s church.

In 1982, the former football player accepted a call to Greater Exodus Baptist Church in North Philadelphia. It was a dwindling congregation in a crumbling, pigeon-infested Episcopal building that was more than 100 years old. The deacons told him there were about 18 active members of the congregation, $400 in the bank, $200,000 in debt, and seven buckets of water in the building every time it rained. The church was less than five miles from the Eagles’ stadium.

Lusk accepted the call and threw himself into the work of the ministry.

“I’m the pastor, the administration, and the janitor,” he said a few years later. “We’re not exactly overstaffed.”

With his energy and commitment and God’s blessing, the church slowly grew. By the early 1990s, he could count on about 500 people showing up to Sunday services. Some of the people in the pews were football players from his old team: Reggie White, Randall Cunningham, Seth Joyner, Herschel Walker, and others.

He helped them find ways to make their success seem meaningful and, with their financial support, launched numerous social programs to care for Philadelphia’s poor. In 1993, the church gave away $18,000 of food at Christmas.

“People talk about running backs [and] quarterbacks having vision of the field,” Reggie White said. “He had a vision of life.”

Lusk once explained that for his church, the main focus was Jesus, but “it’s hard to talk to a person about Jesus when they’re hungry or when they’re depressed or when they don’t have a job.”

He started a nonprofit, People for People, to help alleviate poverty. He solicited donations from major corporations and received support from PNC Bank, Coca Cola, and Microsoft. The nonprofit took over the former traffic court building and started a charter school, a daycare, a youth mentoring program, several job training programs, and a community event center. There was also a summer reading program, afterschool care, and even a community development credit union.

Lusk personally pushed CEOs to each support five families on welfare, and one year the nonprofit organized a banking camp to teach inner-city children about banking, with the financial sponsorship of Penn Mutual.

“As long as I don’t have to compromise the gospel,” Lusk said, “I’ll play the game.”

In 2000, Lusk was invited to speak at the Republican National Convention. He backed Bush for president and gave a rousing speech supporting faith-based initiatives and “putting faith to action.”

After Bush was elected, Lusk became one of the advisers of the program. People for People received $1.44 million in government funds to support the work they were doing and expand with a housing program, a community technology center, and another mentoring program.

Left-wing commentators cried foul, arguing this violated the separation of church and state and Lusk was trading his religious authority for cash. Black people also criticized Lusk, saying he was being used by the Republican Party.

Lusk laughed them off. He continued to preach, grow the church to about 2,000, and develop new ways to help the community. Insiders in Philadelphia politics said whether they agreed or not, they couldn’t deny Lusk was effective.

“People were always talking about the programs they were going to start in North Philly, and almost none of them ever did,” Maurice Floyd, a former city commissioner and well-known political consultant, once said. “Reverend Lusk was different. When he said he was going to do something, he actually did it.”

Philadelphia magazine called him “the driving force behind some of the most effective social service programs in the city.”

But for most, Lusk’s politics wasn’t what they remembered. They remembered him as the man who raced 70 yards in 1977 and then prayed in the end zone. When other players started doing that, he began getting occasional calls from reporters who wanted him to recall that day.

A few weeks before he died, Lusk told The Deseret News that people often assumed he was praying to win, but he was praying because he was thankful and wanted to be a better witness.

“I think people have a misconception that religion doesn’t belong in sports,” he said. “There are people who have said, ‘Wait a minute now, are we playing football or are we in church?’ My answer to that is we do nothing without Christ. We do nothing without our faith. We take it everywhere with us.”

Lusk died at home from cancer. He is survived by his mother, Bettye; his wife, Vickey; daughters, Danuelle Cedrick and Laiah David; and son, Herb Lusk III.