The seminary’s sixth leader, David Emmanuel Goatley, is an academic, pastor, and missions agency leader rooted in the Black church.
Emily Belz|September 12, 2022 11:00 AM 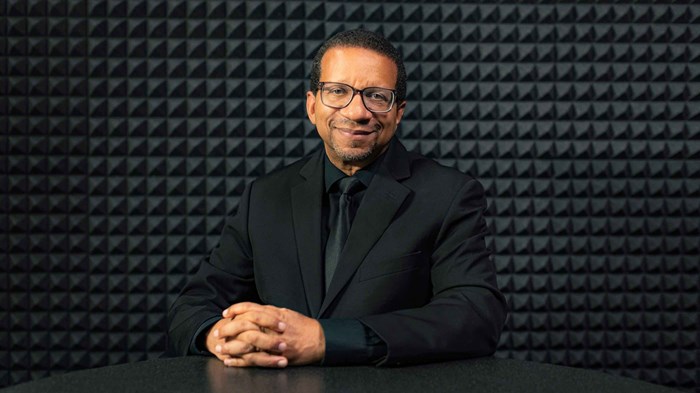 Fuller Theological Seminary, which until recently was the largest Protestant interdenominational seminary in the country, named Black church theologian and missions leader David Emmanuel Goatley its next president.

Goatley, who leaves a post at Duke Divinity School to begin in January, says he wants to counter the “partisan poison” he sees in American evangelicalism, and turn students’ eyes to the testimonies of the global church. And like presidents in higher education everywhere, he also faces the problem of declining enrollment.

He will be the first Black president at the 75-year-old institution. Outgoing president Mark Labberton said when he announced his departure last year that he hoped his replacement would be a woman or person of color.

Goatley has a Baptist background but is centered in the Black church. Ordained in the National Baptist Convention-USA, he pastored a Black Baptist church in Kentucky for nine years, then spent the next 20 years as CEO of a historic Black missions agency, Lott Carey Baptist Foreign Mission Society.

“There’s a certain representation that is important … The journey of which I am part matters,” Goatley told CT. “I am a Black person in the United States, which means some of my story has to do with discrimination and segregation and slavery, and all of that helps to give insight to how I handle myself and how I seek to handle creation and engage with other people.”

He added: “It also means something significant that Fuller Theological Seminary was able to take seriously the candidacy of a Black man. They did not explicitly or implicitly rule me out. I’ve had that happen to me before.”

As it has expanded programs for online and nontraditional students, Fuller emphasizes its ethnically diverse student body and aims to grow its global reach. At around 3,000 students, the historic California school is only outnumbered by Dallas Theological Seminary and Southern Baptist–affiliated institutions among Protestant seminaries. Southern Baptist Theological Seminary is at the top of the list for enrollment, according to the Association of Theological Schools.

Fuller’s leadership the past 30 years has come from Presbyterian and Reformed traditions. Labberton, who was president for a decade, is ordained in the Presbyterian Church (USA).

Richard Mouw, a Reformed theologian, served as Fuller’s president for 20 years before that. The seminary has always described itself as evangelical, though it doesn’t fit into neat evangelical categories. It has allowed an LGBT student group on campus but also successfully defended in court its code of conduct for students, which includes a traditional Christian sex ethic.

Goatley, who spent time in 35 countries while leading the Lott Carey missions agency, thinks US seminaries can be limited to “a Euro-centered vision, or a Western North Atlantic vision of theology.”

“It’s not that that’s bad,” he said. “But there are other sheep that the Lord has. There are other voices. … I’m not saying we need to do away with European and Western North Atlantic insights and frameworks. What I’m saying is we don’t need to rely exclusively or primarily on that alone.”

He recalled being in Liberia on the eve of its civil war, going through checkpoints guarded by teenagers with guns but also seeing churches continuing to work faithfully through wartime.

“One of the challenges we have in the United States is to come to the realization that we are not the axis of the universe,” he said. “We are not the center of what God is doing. We need to … come alongside our siblings in other places of the world where God is working despite the challenges that people are experiencing.”

His own education at Southern Baptist Theological Seminary took place before the “conservative resurgence,” when he said “Southern and Fuller were more similar in temperament and theological trajectory.” That experience gave him intellectual rigor, he said, but it included an “over-reliance” on European-centric theology.

“Fortunately I was nurtured in a household and a church that had a commitment to missions, both nearby and globally, so we had glimpses of what God was doing other places,” he said. “My theological formation was not exclusively grounded in the institution where I got degreed.”

Jimmy Mellado, a Fuller board member and the CEO of Compassion International, said Goatley was chosen from about a thousand candidates, and that the board voted for him unanimously. Mellado sees Goatley as carrying forward a global vision for the school: “We’re not looking for a 180-degree turn here.”

The board appreciated that Goatley is a “holistic leader,” said Tom Lin, a Fuller board member and the head of InterVarsity Christian Fellowship. Goatley brought a background as a pastor, organization leader, missions agency leader, and academic.

“He’s going to lead ethnically diverse leaders in an ethnically diverse world,” Lin said. “I was one of the first nonwhite presidents of a large national evangelical organization, Jimmy [Mellado] and I share that. I understand the challenges Dr. Goatley will face. … People will want him to speak to particular issues in the Black church because he’s a Black leader, or assume that he’s going to lead it in a direction that’s this or that because of his ethnic background. We chose him because he’s an outstanding candidate.”

Lin added: “He holds dearly that the evangel that Jesus proclaimed is truly good news.”

Goatley does want a more positive gospel vision for US church leaders, who are in danger of a “partisan, politicized, polarized poison, that takes our eye off Jesus,” he said. “We have to work in that toxic environment without succumbing to the poison.”

The seminary, he acknowledged, will have to deal with more practical matters too like declining enrollment and making education affordable. He said the pipeline from churches to certain graduate programs “has burst.”

Seminaries without denominational ties, like Gordon-Conwell Theological Seminary and Trinity Evangelical Divinity School, have suffered financially and seen enrollments drop. Fuller has similarly gone through financial turmoil and enrollment decline in recent years. Enrollment has dropped from about 4,000 in 2019 to 3,000 now.

Saddled with debt, Fuller closed some satellite campuses and put its historic campus in pricy Pasadena, California, up for sale in 2018, with the idea of moving to a less expensive area in Pomona. That would also have made it less expensive for students.

But in 2019 the school reversed course, citing high construction costs in California and “differences” with the city of Pasadena over the sale. It reduced some of its Pasadena footprint.

The school’s most recent tax documents show that it has trimmed down annual expenses by about $8 million since 2015 but has been operating in the red for some years, with a $14 million deficit in 2017.

Mellado said more recent financial news, which the latest 990s from 2019 don’t capture, is better: The seminary posted two years of revenues exceeding expenses, and the school is 85 percent to its goal of raising $150 million.

Goatley sees the cultural and financial task ahead: that Fuller will have to make the case for seminary education globally.

Correction: This story has been updated with 2021 data on enrollment from the Association of Theological Schools.