Brian McLaren on the future of Christians in politics.

Last month the politically polarizing founder of the Moral Majority, Rev. Jerry Falwell, died. Falwell has been credited with mobilizing millions of evangelicals to engage the political process. The religious right, as the movement came to be called, has been a dominant political force ever since.

With the passing of Rev. Falwell, and with the 2008 presidential campaign gaining speed, some are wondering if the religious right will continue to hold its political power. Or, is a new form of Christian political engagement on the horizon. We sat down with Brian McLaren to discuss the political scene and how he believes the church should engage.

THE GHOST OF PASTORS PAST
Ed Gouedy
Trending 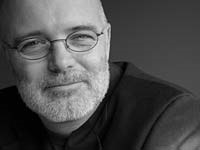