An important task for any leader.
Jason Byassee

Is any task more important to leadership than storytelling?

A recent opinion piece in the local paper reminded me of this point. The writer began his attack on North Carolina's current state government with an apt comparison. He started with a reference to the seemingly ageless TV show "60 Minutes." Why has it been so successful so long? To its creator and producer Don Hewett, the answer was simple: "Tell them a story." The writer praised several former governors for telling North Carolinians a story that organized our political life. Post-reconstruction lethargy left us as a "Rip Van Winkle state," the writer argued, until more energetic leadership under a string of governors made us "the Dixie Dynamo"–progressive, expansive economically, more cosmopolitan and a more coveted place to live.

One of those governors was Terry Sanford, later a president of Duke. While governor he asked why central North Carolina should not have a tech corridor to rival any in the country? He told the story so ... 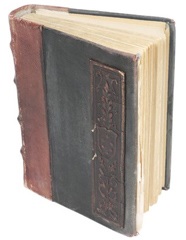