Faithful participation in our communities is a powerful church value.
Tony Kriz 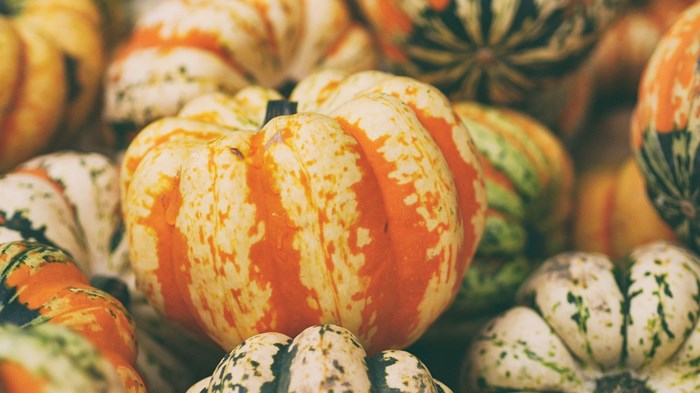 Halloween. Who would have thought that a national costume party would be such a complicated endeavor and an unexpected opportunity for Christians?

I have a friend named Jason. He was an under-pastor at a fairly large, successful church in the Midwest. A couple of autumns ago, Jason's boss pulled him aside and asked him to represent the pastoral team at the church's Harvest Party (a sacred replacement for the pagan Halloween).

Jason was a natural choice for the festive responsibility. He was popular in the church. Everyone knew and liked him. He had young children, so his "official" responsibilities could be easily harmonized with his family duties. You would think that Jason would have jumped at the opportunity, but it didn't sit right with him.

The problem wasn't the event. Not at all. It was both an appropriate and enjoyable opportunity as a young pastor. The thing that needled him was the thought of leaving his neighborhood on the one night of the year when his neighbors came to his house unsolicited, knocked on his door and, even if just for a moment, acted like neighbors.

Jason understood the church's reason for a "Harvest Party." Halloween was about zombies, ghouls, and witches, things that celebrate darkness and evil. Are those things appropriate for children? On the other hand, who could argue with the theme of "harvest"? Even Jesus told stories about harvesting … like the one about the wheat and tares, which tells of eternal judgment and damnation … which is clearly a children's story … wait a minute. Where was I? Oh yes, Jason.

This is a false dichotomy of course, but you get the point.

As a sacred person, am I called to avoid "pagan" or "secular" events, or is it my responsibility to bring my sacredness to them?

Certainly the prophet Daniel would have something to say about this. He was only a boy when he was taken to Babylon. While there, he fully participated in society and was able to study and understand magic and astrology better than his Babylonian teachers (Daniel 1:18-20). But apparently, all in the service of God. He was a faithful participant in the most pagan of societies.

Recently I sat with a group of wonderful folks from The Parish Collective (a group committed to expressing Christianity through integrated neighborhoods). We studied the story of Tabitha from Acts 9. Dr. Dwight Friesen of The Seattle School was leading our discussion.

The story of Tabitha—called "Dorcas" by her pagan neighbors—is a lovely story of healing, hope, and neighborly participation. One of the things that really shocked us was how beloved Tabitha was by her Greek (pagan) neighbors. The widows who lived all around her wept uncontrollably over Tabitha's death. This sorrow was not the product of a fleeting or momentary relationship. The story says that the widows displayed the evidence of Tabitha's long and serving presence with them (Acts 9:39). She had practiced "faithful participation." Keep in mind that this faithful participation among pagans was before Peter's vision that took him to Cornelius' home. In this vision God clarified to Peter that the Gentiles were truly part of God's gospel commission. Peter's vision happens in the next chapter, Acts 10, and one must wonder if the profound example of Tabitha had prepared Peter's heart for his change of theology.

The love and devotion between Tabitha and her neighbors had been built over thousands of unexceptional everyday encounters. I imagine her passing her neighbors along the street, greeting them in the market, and lingering together in shaded conversations away from the hot sun. It probably also involved more than a few funerals (her neighbors were widows living in a military town). Most of it was probably pretty unglamorous stuff. They were daily, often anonymous encounters of kingdom-love. Tabitha was a beacon of faithful participation.

Faithful participation might also mean attending more than a few funerals along the way.

Pastor Jason decided that even though the Harvest Festival was important, the opportunity to be at home greeting his neighbors was more important. He explained his heart to his boss and was graciously released from his church responsibilities that October 31 evening.

Jason went home and (armed with a heaping bowl of sweets) spent the evening in his entryway. Every time there was a knock, he opened the door with a grin and a greeting. He knew a few of the children's names and complimented them on their creative costumes.

His real joy was found in the parent chaperones. Some names he knew and so many he didn't. He saw the couple who live two blocks over who love to work their garden. In his five years in the neighborhood, though he had greeted them many times, he had never asked them their names: "Bill and Jenny." He made a mental note and promised himself he wouldn't forget. He met the man who owns the neighborhood grocery store and even got a smile out of the grumpy president of the local PTA. All the while, he was adding to his mental map the names and faces of his neighborhood.

All through the evening Jason marveled, not only was he participating with his neighbors during a pagan holiday, but the holiday itself was actually funneling his neighbors to his front door.

He thought, "If that isn't just like God, I don't know what is."

Tony Kriz is a writer and church leader from Portland, Oregon, and author in residence at Warner Pacific College.

Join the conversation on Facebook
Tags:
Fellowship and CommunityInternationalMissionsPastors
Posted:October 28, 2013