After a neighborhood shooting left a toddler paralyzed, Corey Brooks knew it was time for the church to take action.
Interview by Morgan Lee 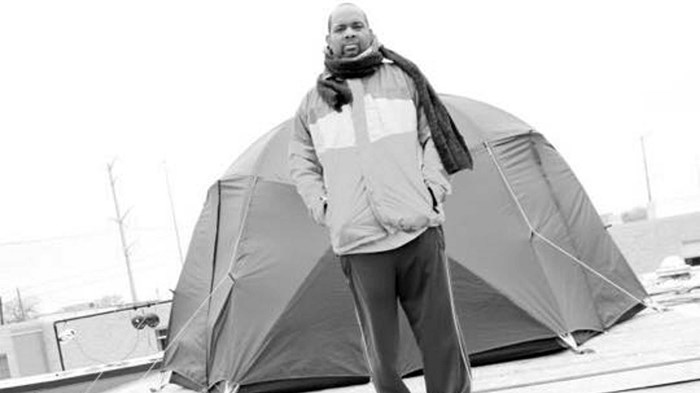 When a six-month-old baby was shot and killed in gang-related violence in the Chicago neighborhood of Woodlawn three years ago, Corey Brooks and his New Beginnings Church ministered to the grieving family. This June, however, when another child—this time, a toddler—was paralyzed in a similar shooting on Father’s Day, Brooks decided to go further, inviting more than 100 gang members together so he could broker a truce that’s still going strong.

Brooks recently spoke with Christianity Today assistant editor Morgan Lee about how he built rapport with gang members, his reputation in the neighborhood, and how he hopes other Chicago churches will support his work:

How long have you been trying to broker this truce?

We’ve been talking about it for over a year now. We had difficulties getting everyone to agree. Finally, we were able to get everyone to come to the table and at least discuss the potential of a truce.

What did you address in your meeting?

I talked about the pain that everyone has experienced as a result of these shootings. A lot of the individuals there had been shot, and if they hadn’t, their relatives or very close friends had been shot. They know the pain really well, and its impact on family and friends.

Secondly, I talked about the great need for us to have a community where our children are free to go out and play. That impacts them because a lot of them have children who are very young.

The third thing I tried to communicate is that it’s very difficult to business to come in and hire when individuals are trying to control one area.

How did you keep the meeting safe and secure?

That was difficult. A lot of prayer. The meeting started out really tense because those individuals had never really been in a room together. They were seeing each other as enemies. It’s hard to have a one-to-one sit-down, but to have 50-50 sit down and talk was even more difficult.

But I opened in prayers and set the ground rules and kept everyone accountable; that’s how I was able to stay in control of the meeting and communicate on a level that was not intimidating or threatening.

You knew many of the people in the room already?

A lot of the guys in that room, I know them personally. I know their families. I have ministered to many of their families in times of shootings and gun violence. I built relationships and rapport with a lot of people in that room. It isn’t something that happened overnight, but it has been in process for some time now.

Were you the only church leader there?

The only one. I think a lot of the guys respect that I didn’t call the police and that I didn’t have a bunch of other people in the room. I was willing to be open and vulnerable and give them a very compelling message about why they are needed in the community and why we need them to step up and get rid of the violence.

What is your reputation in the neighborhood?

If you are talking about the guys who are in the streets who are doing a lot of things that are negative in the community, I am highly respected and loved. One of the reasons they were so willing to participate in this truce was due to their admiration. Another group of people would not be as kind to me because of my political viewpoints. Overall, though, people respect the fact that I stand for what I believe.

How have you built rapport with your neighborhood’s gang members?

By not just being a church that’s inside four walls, but by being a church that’s involved in the community, that’s always reaching out and always trying to make avenues and build bridges to people who would normally be ostracized or not thought of as being part of the church. We’re always trying to reach out to those who are on the fringes of society.

We have a nonprofit, for example, called Project Hood (Helping Others Obtain Destiny). Our goal is to fight gun violence one neighborhood at a time through economic, social, and spiritual endeavors. We have summer programs. We’re big on mentoring and providing young people with positive mentors.

What was your strategy for building relationships with the community when you moved to Woodlawn?

Saturation. We wanted to saturate this community to let them know that our church was here and that we were here to make a difference.

We planted in this neighborhood on purpose.

Do you see your church as an example to other churches in the city?

That’s the whole goal! If we are successful here in Woodlawn, there is no reason that we won’t go into other neighborhoods and help them as well. It’s not just a personal goal of mine, but also for a lot of other organizations. We want to be a model for what can happen across the city of Chicago.

How can other churches in areas less affected by violence partner with your church?

One of the things we do lack is partnerships. We need churches on the outside to come along and assist us with resources. We need people with financial resources to help us get these guys in schools and build up their capacity to get them to work. We also need mentors: people to come alongside and mentor young potential entrepreneurs in grim economic environments. We also need prayer to assist us, as well.

What happens if the ceasefire is broken?

If that happens—and we anticipate it won’t—we’ve put some measures in place. It was definitely a negotiation, and both sides were definitely giving and taking. We will continue to meet and continue to hold people accountable.

Outreach
The Passion of Hotel Rwanda
A year after Mel Gibson's movie, I found an even more Christian film—one that most Christians are ignoring.
Brian McLaren
Trending