With the right approach, churches can give struggling ministers a fighting chance.
John Doyel 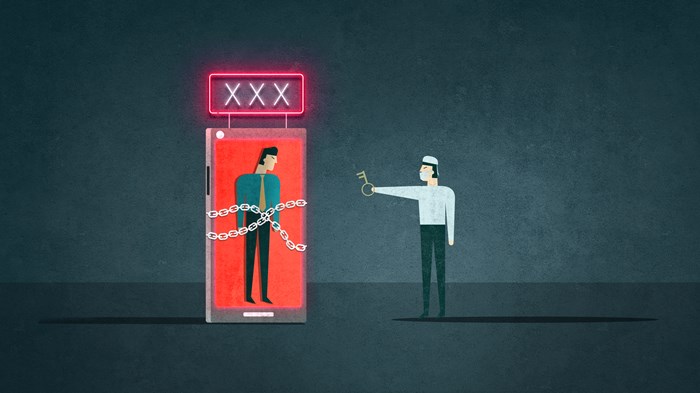 I was the senior pastor of a large church being paid very well. Yet my ministry was running on fumes. I fought to maintain the appearance of a good pastor, but inside I was empty, walking in the flesh, bearing no spiritual fruit, and void of godly power.

I felt hopeless. If I were a stronger and more honorable man, I would have reached out to ask for help. But to whom can sex- and porn-addicted pastors turn without blowing up their ministries, marriages, and families?

That was over 13 years ago. Though I lost my ministry, by God’s immense grace, my marriage, family, and life have been restored. In June my wife and I will celebrate our 40th anniversary. Not all pastors who did what I did can say the same.

How can churches engage pastors like me before it is too late? What can be done to help those being drawn into sexual brokenness through pornography and other temptations?

Perhaps if these pastors could get the help they need before committing infidelity, their marriages and families could be saved from destruction. Perhaps our churches could be spared the pain and upheaval fallen leaders leave in their wake. Perhaps more shepherds could lead their churches while walking in sexual purity instead of living in shame over a serious addiction.

How have things gotten this bad? All pastors have to deal with some form of sexual temptation. Some have learned to reject that temptation. Many dabble in it on occasion, maybe monthly or weekly. Others have full-blown addictions and cannot stop.

If anyone could manifest a glass of scotch or a line of cocaine for free at the snap of their fingers, far more people would be alcoholics and drug addicts. But anyone with a smartphone can go into a bathroom and pull up whatever sexual images and videos they want. They can get their fix in less than five minutes, and no other people will ever know. No alcohol on their breath. No stumbling around stoned. For a while, they may even feel relieved and calm—until the guilt and shame return.

With such an insidious temptation and life-altering consequences upon discovery, is there any way to save sex- and porn-addicted pastors?

Perhaps so, if we take our cues from those in a surprisingly similar position: drug-addicted physicians.

According to a 2014 study in the Medical Student Research Journal, “Physicians abuse drugs, both controlled substances and illicit drugs, at similar rates to the general population. However, physicians abuse prescription drugs at higher rates.” Peter Grinspoon, a primary care physician in Boston and an instructor at Harvard Medical School, paints an even bleaker picture: “It’s estimated that rates of addiction among the general population run from 8% to 10%; among physicians, the rates start at 10% and rise to 15%.”

Because medical professionals live under constant stress, working long hours in emotionally charged situations with regular disappointments and frequent burnout, many turn to medication as a form of escape or release. A 2013 study in the Journal of Addiction Medicine revealed that 69 percent of the doctors interviewed for the study had abused prescription drugs, many to “manage emotional/psychiatric distress” or to “manage stressful situations.”

Does that sound familiar?

Both doctors and pastors have high-pressure jobs that demand quality handling of difficult situations. It’s common for pastors to take a first step toward sexual addiction because they need a break from the stress of their work and home life. Here’s how the wife of one sex-addicted pastor described her husband’s inner monologue leading to infidelity:

To the congregation, he intimates: “I will overwork to emotional and physical exhaustion; I will deplete myself and my family; I will be everything you expect me to be if you give me the requisite status, appreciation, and financial compensation in return.” … When these people in positions of power begin doling out helpings of criticism instead of admiration, the unwritten contract is broken. … At this juncture any addictive behavior begins to look really good. After everything he’s done for his congregation, the people-pleasing pastor gives in to the feeling that he more-than-deserves the little piece of pleasure he’s beginning to nurse on the side.

Yet one factor contributes more to physicians’ high rate of addiction than any other: access. Doctors looking to manage their stress have access to and professional knowledge of many types of drugs—legal, illegal, and prescription—so they believe they can regulate their intake to avoid addiction. Grinspoon writes, “My access to prescription medications was virtually unlimited. Drug companies send doctors free samples. Patients bring in their unused painkillers for disposal. Colleagues freely write a scrip or two as a professional courtesy.”

According to Louis McBurney, a psychiatrist who counseled ministers and missionaries in crisis, “Any time two adults of the opposite sex develop a close, emotional relationship, there’s a danger of sexual involvement.” Because of their frequent role as a trusted counselor and confidant, pastors find themselves in these relationships more often than most. They may even feel like they have special insight into the spiritual and moral dimensions of sex and can avoid addiction—or maybe step right up to the line without crossing it.

For both drug-addicted physicians and sex-addicted pastors, those who should provide healing to addicted individuals have fallen to the same temptations as the people under their care.

For drug-addicted doctors, there’s good news. Here are some astounding statistics from It Takes a Family, by Debra Jay:

What if I told you there was a group of addicted people who almost never relapse in the years following treatment? As a matter of fact, 78 percent never have a single relapse. Less than 15 percent have one relapse but not a second. And those with more than one relapse? A whopping 7 percent.

She’s talking, of course, about drug-addicted physicians. What contributes to these remarkable recovery statistics? The medical community realized something needed to be done. Hospitals have a lot invested in their doctors, and they benefit greatly from seeing former addicts return to practicing medicine. According to Jay, “These patients are getting something other addicted loved ones aren’t: a team who work with them for five years after treatment to make sure they build a solid program of recovery and make the prerequisite changes that lead to lasting sobriety.”

Churches, too, have a vested interest in their pastors. Shouldn’t their motivation for providing healing to pastors be just as strong as that of hospitals for doctors? Perhaps pastors and churches can learn something from what the medical community has discovered about caring for physicians suffering from drug addiction.

For the past 10 years, I have been creating a program within my local church called 180 Recover to help men who struggle with sexual addictions, including former and current pastors. This has expanded to five other local churches, and I currently run 10 online support teams where men receive weekly accountability and daily support. The care we provide shares many common features with the addiction recovery programs that have been so successful for physicians.

In addition to working through our online resources that include video courses and Bible study, each man in our support teams texts his group daily to give a status update, ask for prayer or a phone call, or give support to a brother experiencing temptation. We establish strong boundaries and equally strong consequences for circumnavigating those boundaries. We pray for one another regularly, and the support team is only a text away to “provide a way out” of temptations, as Paul mentioned in 1 Corinthians 10:13.

The pastors and former pastors in these support groups are seeing remarkable success. It isn’t an instant fix—one former pastor says, “It took 10 months for me to break from the old man and old thinking that had dominated my life for so long”—but regular support, encouragement, and accountability from people who understand the battle with sexual addiction help lead these individuals to long-term healing.

One pastor in the program says,

There is no easy solution to sexual addiction for those in ministry. Some will need to resign. Others may be early enough in the process that they can maintain their ministry position. Pastors in both of these situations need to walk through a recovery program with weekly accountability and daily support. When sex-addicted pastors receive help from people who know what they’ve been through, ministries and families will find freedom they never could have discovered alone.

John Doyel is a former senior pastor living in Columbus, Ohio, who is now in his 13th year of recovery from sexual brokenness and addiction. He ministers as a lay person in his church and helped start many 180 Recoverministries across the country.