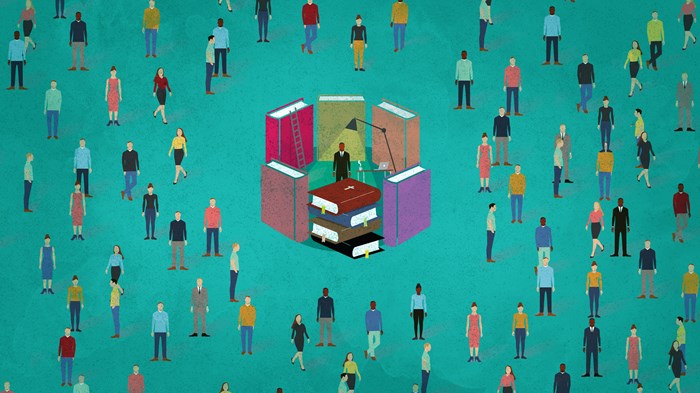 The 17th-century Presbyterian clergyman John Flavel wrote in Keeping the Heart, “There are some men and women who have lived forty or fifty years in the world and have had scarcely one hour’s discourse with their hearts all the while.”

I’ve found this to be true of many people in ministry. These pastors passed their ordination exams with flying colors. They can quote Barth and Bavinck. They have “hot takes” on cultural issues on social media. They’re conversationalists and the last to leave church on Sunday mornings. But they’re also burning cauldrons of neglected needs that manifest in sneaky and secretive behaviors which will likely cost them their pastoral ministries and maybe their families.

They’re lost pastors, lonely and busy and empty and radically disconnected from any kind of inner conversation with their hearts and with the God who is more near to them than their very breath.

The Glittering Image and the Hidden Self

Something akin to what I’m speaking of is narrated in Susan Howatch’s novel, Glittering Images. In the novel, Charles Ashworth is a conflicted Anglican priest and canon who meets with Jon Darrow, a spiritual director who confronts his false self, what he calls his “glittering image,” that public persona he takes while neglecting a deeper, inner conversation.

As his spiritual director, Darrow does something interesting. He speaks directly to the “glittering” part of Ashworth, saying, “He must be exhausted. Has he never been tempted to set down the burden by telling someone about it?”

“Ah yes,” says Darrow, “and of course that’s the only Charles Ashworth that the world’s allowed to see, but you’re out of the world now, aren’t you, and I’m different from everyone else because I know there are two of you. I’m becoming interested in this other self of yours, the self nobody meets. I’d like to help him come out from behind that glittering image and set down this appalling burden which has been tormenting him for so long.”

“He can’t come out,” Ashworth responds.

In a moment of stunning self-clarity, Ashworth says, “You wouldn’t like or approve of him.”

With gentleness and honesty, Darrow responds, “Charles, when a traveler’s staggering along with a back-breaking amount of luggage he doesn’t need someone to pat him on the head and tell him how wonderful he is. He needs someone who’ll offer to share the load.”

Lost pastors can make it a long way on the fuel of the false self. They may be successful, influential, endearing, charming, and smart. But beneath the veneer are people deeply afraid, lost and lonely, powder kegs of unmet and neglected needs. They have stories that have never been explored, pain never acknowledged, violations of others unconfessed.

When a traveler’s staggering along with a back-breaking amount of luggage he doesn’t need someone to pat him on the head and tell him how wonderful he is. He needs someone who’ll offer to share the load.

Even at this point, Jim thought getting counseling was silly. He reported a healthy family-of-origin, loving parents, and a loving spouse. He characterized his sexual exploits as an “attack by the evil one,” which elicited empathy from his spouse and elder board, who were convinced that he was a special target of Satan because of his fruitfulness as a pastor.

But soon enough, in our counseling sessions, we discovered Little Jim, the eight-year-old version of himself, constant caretaker of his mother’s emotional needs and perpetually anxious about his father’s long business trips and work life secrecy. In the vacuum of truth, Little Jim languished in loneliness and confusion until the age of 13 when, on a rainy April day, his father called to say he’d be staying in Brazil with his lover.

Jim quickly became a surrogate father to his siblings and a surrogate spouse to his mother. But a budding rage and resentment grew in him toward her. He felt simultaneously responsible for her and controlled by her. In the meantime, he fantasized about his father’s exploits around the world. While he chose the path of the responsible good boy, he hid a shadow self, burdened by shame, rage, and loneliness.

Fast-forward to Jim’s mid-30s. His wife is mothering two children under three, their emotional disconnection is going unaddressed, and Jim holds storehouses of unmet emotional needs within himself. The unaddressed resentment toward his mother transforms into fantasies of submission with the women he “sexts” and the scenes he views online, many of which portray women meeting the sexual needs of men at their own expense. In his fantasy world, he is as free as his father, while in real life, he can remain the dutiful church planter and husband. Jim plays out his unaddressed story of trauma in a way that gives him some sense of control over his chaotic interior life, while unwittingly abusing and harming women, sabotaging his own marriage and ministry, and violating the sacred trust of his ministerial office.

How to Emerge from the Shadows

Sin-and-lust-management strategies don’t work. Self-help strategies are Band-Aids on soul wounds. Until we risk moving our true selves from the shadows to the light, the unaddressed dramas within will continue to wield unconscious control over us.

Pastors need safe relationships where they can open up, specifically and transparently, to others. They need something more than an accountability partner. It’s not about reporting in; it’s about being known. One pastor I know gathers with two other men in one of their homes weekly for an hour and a half. They disclose struggles from the week, but more than that, they examine those struggles. They ask things like, What patterns do these things reveal? and, What needs are illuminated or what sadness is opened up?

This can be frightening for pastors who have lived with strategies of secrecy and hiding for some time. To be seen and known is to risk feeling shame. Safe relationships can be found in honest friendships, but I encourage you to find a wise therapist who is curious about the part of you no one else sees.

Addictions plague us when we’re not present to ourselves, to God, and to others. We must engage in practices that wake us up to the present moment, to God, to our breath, to our bodies, to creation, to those around us. Many pastors are too busy to slow down in this way. Awareness—real presence to self, to God, to others—seems like a luxury they cannot afford. Yet these same pastors experience anxiety, panic, dread, and health-related problems which are the by-products of unaware, inattentive lives.

A church planter once came to me with symptoms of panic attacks experienced during the preview services for his new plant. He wanted a quick fix, but we discovered that he was a stranger to his own body, unaware of anxiety and pent-up anger stemming from the trauma of an early failure in ministry. I recommended contemplative and meditative practices. These are essential for spiritual wholeness, but they are also remarkably helpful for physical and psychological health. As he began these practices, he was amazed how quickly his anxiety dissipated and how deeply interconnected his body and emotions were.

Each of us unconsciously replays unprocessed traumas in ways that harm us and others. When I work with pastors who begin to connect the dots in their stories—the past events that impact their present ministries—they often discover that they’ve been enslaved to old relational patterns and childhood wounds. One pastor discovered that she felt 12 years old when she showed up to meetings with her leadership team. These feelings of being small and ashamed emerged years before when her dad would have executives over to their home for scotch-and-poker nights. This pastor recalled how the men treated her: a traumatic combination of humiliating sexualization, dismissive demands for her to fill drinks, and crude humor at her expense. She realized that sitting around a leadership table with elders from various backgrounds, including executives and business people, triggered these emotional memories. While the prospect of engaging these things can be daunting, many who do the work realize a freedom in their relationships and in themselves that brings new hope and joy to ministry.

Like the prodigal son and the elder brother lost in their own strategies of enslavement, God promises a homecoming for the lost pastor, the promise of being known. God longs to embrace us, longs for us to flourish.

As a former pastor who has been lost time and again, I want to say to every pastor what Darrow says to Ashworth: “I know there are two of you. I’m becoming interested in this other self of yours, the self nobody meets. I’d like to help him come out from behind that glittering image and set down this appalling burden which has been tormenting him for so long.”

There is life beyond the burden. It may require intentional steps to engage in a process of opening ourselves to God and others, but on the other side is life and freedom for those in ministry.

Chuck DeGroat is professor of pastoral care and Christian spirituality at Western Theological Seminary in Holland, Michigan. A version of this article originally appeared on his personal website here.

Say Good-bye to Mediocrity
Avoid confusion about what it takes to be great.
Church Central
Trending