I often hide my struggles from my church because I fear people will use them against me.
Wes Faulk 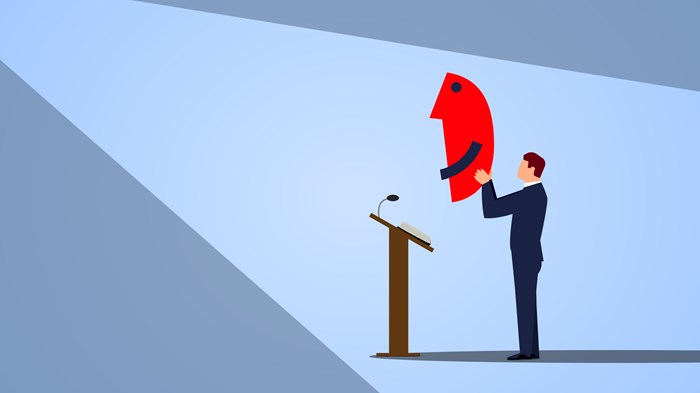 In many ways, my testimony is not that remarkable. I grew up in a stable home with a dad who was in full-time ministry and a mom who stayed home to help support me with my learning disability. At the age of six, I trusted Jesus Christ as my Lord and Savior. I had been asking my parents a lot of questions, and it was time. I felt God calling me.

Following my conversion, I was a normal church kid. I didn’t drink, smoke, or even dance—though the dancing thing was because I was terribly shy and had no rhythm. The extent of my teenage rebellion was a few cuss words and a teenage relationship that got way too serious.

In 10th grade, God changed my life. I have always been a people pleaser and scared of being alone. I often surround myself with people to avoid isolation. The first day of class that year, I showed up to school to find that I did not have a single friend in class or lunch. That doesn’t sound like much now, but as a teenager, my world seemed to fall apart. That night my parents talked me through my teenage meltdown and encouraged me to take my Bible to school.

This single piece of advice changed my life. As I took my Bible to school, I began to read it regularly. Where I had depended on others for friendship, Jesus became my friend. My relationship with God grew, and within the year I sensed a calling to ministry.

Fast forward about 10 years. I was serving as a pastor in Duncan, Oklahoma, at a Baptist church. It was a challenge. The church had been declining for years, they had attempted to fire two of the three pastors before me, and there was certainly a group who did not like me.

As a people pleaser, I was bothered that people did not like my ideas. They had called me to reach young people, but in reality, my job was to maintain the status quo and cater to the senior portion of the church.

The first major blow up at the church happened when a woman got irritated that our one- and two-year-old children were always around when we were at church. As serious as can be, she looked at me and said, “The reason this church is dying is because of your children.” My children didn’t misbehave or act out—they were just there.

The second blow up happened a few months later. We had two boys who reluctantly attended the church because our church bus picked them up. They sat on the back row of the church with *gasp* hats on. A deacon told me that those boys would either need to take their hats off or be kicked out of the church. I shared that they were the very people we were called to share God’s love with and that their hats were no big deal. That did not bode well for me.

The third blow up happened as our girls started pre-K. My wife, Jennifer, and I did not make enough at the church to afford a car payment, and up until that point, we shared our used car. With the girls in school, we realized I needed a secondary means of transportation. So we got what we could afford: a $50 bike from Walmart. I started riding every day to church. Unbeknownst to me, many members of the church began driving by to see whether the pastor was at work. When they did not see a car in the pastor’s spot, they assumed I did not show up for work.

Everything came to a head one night at a business meeting. To a pastor, Baptist business meetings can feel like having 85 bosses show up to gripe at you about your job. This business meeting was different from the usual gripe session, though. Where the church typically saw about 85 folks show up on a given Sunday, there were at least 150 in the meeting. As I passed out the year’s budget and opened it for discussion, a plan revealed itself to remove me. Even though my opposition did not have the two-thirds votes required to do so, they did appear to have the 50-percent vote needed to strip my pay package from the church’s budget. With my wife and kids in the room, person after person got up to scream at me over hymns, the fact that I preached from an iPad, that I allowed those “punk kids” to come in with their “punk hats,” and—of course—my children.

I was in tears. I was broken. We voted, and the opposition lost by two votes. A few weeks later, half of the people walked out, and the church split.

Later that year, we moved on—broken, hurting, and wounded—from Oklahoma. We moved to Houston, believing that a new start would heal our broken bitterness.

At our next church, we faced a new set of challenges. I still attempted to fix my problems through pleasing people, which didn’t work. Ignoring your hurts makes them go away right?

Fast forward again to Vidalia, Louisiana, where I currently pastor. They say time heals all wounds, but truthfully, if they are not addressed, time does not help much. The wounds fester and grow. I remember meeting people in our first weeks at the church, thinking, Which of these people will be the ones to hurt us? As we met new friends, we saw glimpses of former church members in them—some good and some bad.

The triggers of grief have gotten greater and greater over the years. There are days I come home from a business meeting and feel the deep pain from years ago rearing its head. A few weeks back, a derogatory comment to Jennifer brought her to tears as years of church pain found its way back to the surface. I can’t tell you the number of times I have sworn off Facebook as people use the platform to express their opinions of my work and my life.

Two years ago, Jennifer and I began serving in Celebrate Recovery’s student ministry, the Landing. As I served, I was sometimes asked to give announcements, which meant I had to share my issues. At first I rattled off surface-level things. But over time, the constant reminder to own up to my habits, hang-ups, and hurts made me confront an ocean of pain I had not dealt with. I realized that my addictions to eating, working out, people pleasing, bitterness, and anger all had roots in wounds buried over my lifetime of ministry.

Then, about a year ago, Jennifer and I attended a church conference in Denver, Colorado. I proposed to my wife the idea of taking our girls there on vacation but driving the indirect route to visit our church in Oklahoma. We never had closure. We never dealt with our pain. Eight months after that trip, I received a call from my former church. Apparently God had laid the same idea on the current pastor’s heart. They invited me back to preach their revival.

All kinds of emotions flooded my mind and heart at that moment. I said yes.

Arriving in Duncan for the revival, my heart pounded in my throat. God had a plan. He knew I needed healing. We saw former friends who loved us. After talking with the pastor and sharing the road we walked at that church, he apologized.

On the third night of the revival, one of our old agitators walked in the door. If my heart beat fast when we drove into Duncan, it exploded when this man walked in. Many times in the years after leaving Oklahoma, I had thought through this moment. In my dreams, I finally got my chance to tell this man off. But God softened my heart. No, the man did not apologize for the torment he brought to my family, but it didn’t matter. God gave me peace. Forgiveness at that time was not conditional on what he did. Instead, it was a gift from God to me.

Pastors are not perfect. Behind the smiles, most of us are hurting. As a pastor, I often don’t deal with my issues because, frankly, I don’t want people to know I struggle. I fear that people will use my struggles to come after me.

I am not done in my road of healing. This very week, I have ached emotionally after hearing direct, cutting words. Most Saturday nights I struggle to fall asleep as my worries and heartaches attack me like demons. I still have bitterness that I have not given to God. Yet, through my ongoing struggles, I’m a grateful believer in Jesus Christ, and I can see how he is leading me to cast all my cares on him. I can see God working in my life to bring healing.

Not far from any of us
A Faithfulness Deeper than Feeling
Spiritual angst is so 2013.
Mandy Smith
Trending