Some people need warnings to avoid the spotlight. Others need encouragement to step up.
Mandy Smith 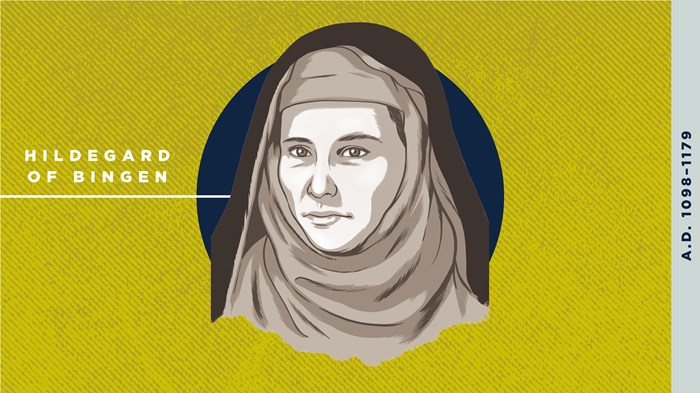 From Gregory the Great in The Book of Pastoral Rule to Henri Nouwen in In the Name of Jesus, many writers and thinkers have cautioned Christian leaders about the dangers of ambition and the allure of the limelight. Pastor and author Dan White Jr. shared his story of battling this temptation while stepping into ministry in Subterranean: Why the Future of the Church Is Rootedness: “The pastors of my youth were superstars to me. Listening to a booming voice, elevated on a stage … made it nearly impossible to resist this powerful dynamic.”

He alludes to Alain de Botton’s concept of status anxiety, defined by de Botton as “an anxiety about what others think of us; about whether we’re judged a success or a failure, a winner or a loser.” Yet to me, the term status anxiety struck a note de Botton may not have intended. Some, as White confesses, are anxious at the thought of being denied status. Others, like me, are anxious at the thought of being given it.

Many leaders are naturally ambitious and confident. We need their leadership. I’m glad resources are available that discuss the dark side of those personality traits. But because I am an introverted woman and artist and “gifted” at seeing my own inadequacies, warnings for status-seeking pastors to humble themselves and listen before speaking gave me good reason to stay comfortable and quiet. Cautions against seeking the limelight actually discouraged me from pursuing my calling.

I’m from Australia, where individuals are discouraged from standing out from the crowd. I also come from a denominational background that discourages women from leadership. I’m naturally a helper and peacemaker, a deep feeler and thinker, and I’m particularly susceptible to being overwhelmed by the opinions of others and by my own emotions and instincts. All of these aspects of my personality, culture, and experience make me want to keep to myself, serve in the background, and avoid risk. But God still called me to lead.

When I was an associate pastor, my job felt doable. I coordinated volunteers, planned events, and led prayer groups—I had seen people like me do these things before. But when I was invited to fill the lead pastor role, panic set in. I’d never seen someone like me preach, lead an elder’s meeting, or set church vision. I feared I would fail and take the whole church down with me.

Despite my reservations, I accepted the role at God’s prompting. I decided it would be easiest to keep doing everything the way my former lead pastor had done things. I canpretend to be an extroverted, apostolic leader, I thought. I can just maintain his vision for the church.

But I felt conflicted. I wasn’t leading as myself—and I needed to, even if that came at the risk of being misunderstood and unsuccessful. Still, my holdups persisted. Would my congregation know what to do with a leader like me?

Around that time, I read Scivias by the 12th-century abbess, artist, and visionary Hildegard of Bingen. Hildegard was born to a noble family in Mainz, Germany, in 1098. At 8 years old, she became a maid and apprentice to an anchoress. Hildegard began experiencing visions of light as a child, but it wasn’t until she was middle-aged that she came to understand their significance. She detailed that revelation in Scivias, illuminating the manuscript with a self-portrait in which she is seated, writing, and “inflamed by a fiery light” reminiscent of the tongues of fire from Pentecost. She describes the revelation in this way:

Behold, in the forty-third year of my temporal journey … [I heard] a voice from heaven was saying to me: ‘O weak person, you who are both ashes of ashes and decaying of decaying, speak and write what you see and hear. But you are shy about speaking and simple in explaining and unskilled in writing those things. So speak and write those things … according to the extent that you see and hear those things in the heavens above in the marvelousness of God.

I had already come to respect Hildegard for her place among the saints and her prolificacy as a polymath. She founded abbeys for men and women and was a gifted painter, composer, writer of theology, doctor of natural medicine, and advisor to bishops and kings. But I didn’t know about this great leader’s hesitations, fears, and insecurities. Later in this same passage, she shares that her concerns for how she would be received had made her physically ill for many years.

Her fears were not unfounded. Her visions were controversial. She claimed that not only were they from God, but her interpretations of them were from God as well. When she finally obeyed God’s call to write and speak, she called it her “awakening.” 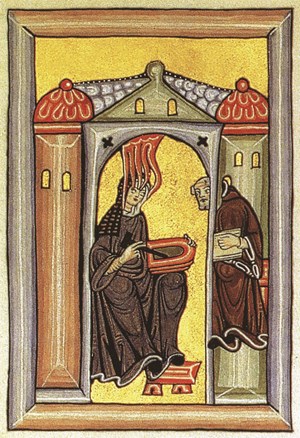 I had often wondered if my doubt and fear meant I was not supposed to lead. It caused a crisis in me because, on the one hand, I felt the call of God into leadership, and on the other hand, I knew I was not adequate. This had stopped me from fully embracing my calling.

But Hildegard’s example reminded me of the possibility that I could feel desperately weak and still press in. God didn’t motivate Hildegard by telling her that she was stronger and more capable than she realized. According to Hildegard’s description of her awakening, God got her attention by beginning, “O weak person.”

‘I Will Help You Speak’

God’s calling of the reluctant Hildegard mirrors those experienced by biblical figures like Esther, Jeremiah, and Moses. Each of those leaders hesitated when called. When Jeremiah was called to be God’s prophet, he shrank back, saying, “I do not know how to speak; I am too young” (Jer. 1:6). I imagine he hoped God would respond with “No, you’re old enough. You’re competent. You have many gifts. You can do this!” Instead, God took Jeremiah’s eyes off himself.

Christopher J. H. Wright writes in his commentary on Jeremiah, “God does not rebuke Jeremiah (7), but simply dismisses his point as true but irrelevant. What mattered was not Jeremiah’s confidence (or lack of it), but God’s command.” God’s statements don’t begin, as Jeremiah might have preferred, with “you,” but with “I”: “I am with you” (v. 8), “I have put my words in your mouth” (v. 9), “I appoint you over nations and kingdoms” (v. 10).

Hildegard’s awakening to God’s call is similar to Jeremiah’s. She undoubtedly had great intellect and gifts, but that insight made her acutely aware of her own inadequacy. Perhaps her humility was God’s reason for calling her. Instead of telling her to set aside that intuition, he agreed with her self-assessment: Her own strengths were not enough.

The words God spoke to Moses from the burning bush were also true of Hildegard, and they are certainly true of me and anyone he calls to leadership:

Who gave human beings their mouths? Who makes them deaf or mute? Who gives them sight or makes them blind? Is it not I, the Lord? Now go; I will help you speak and will teach you what to say. (Ex. 4:11–12)

For those of us like Jeremiah and Hildegard, who know our limitations and feel risks intensely, the Lord’s call is an opportunity to give our energies and gifts to him, small as they may seem, and to trust he will give us whatever we need to do the things he wants us to do.

One final pattern in these stories of reluctant leaders is worth pointing out: God’s call and provision did not silence adversarial voices. Moses butted heads with the hard-hearted Pharaoh; Jeremiah faced a lifetime of rejection and was exiled from God’s people; and, in the final year of her life, Hildegard’s superiors placed her under interdict, during which she was denied the Eucharist and music. But each persisted.

As I say yes to God’s calling, even when it leads to discomfort, I’m becoming accustomed to the discomfort. And each time I follow him into a place where there is pushback (direct or indirect, internal or external), he invites me to ask, “Who do you say I am? Remind me of your call once more.” Each challenge teaches me anew to trust that God knows me better than I know myself and has called me to lead as the introverted woman and artist that I am.

Hildegard’s legacy outlived the words and work of many of her contemporaries. Her music is still sung, her words are still read, and her illuminations are still studied. Church leaders of all sorts can find encouragement in the fact that someone so fruitful for God’s kingdom was, at one point, unable to imagine how God could use her.

Mandy Smith is lead pastor of University Christian Church in Cincinnati and author of The Vulnerable Pastor: How Human Limitations Empower Our Ministry (IVP Books).

Like this article? There’s more in our special issue on 9 Time-Tested Mantras for Ministry: Sage Advice for Pastors, from the Early Church to the Modern Age.

END_OF_DOCUMENT_TOKEN_TO_BE_REPLACED
Already a subscriber? Log in
Read These Next