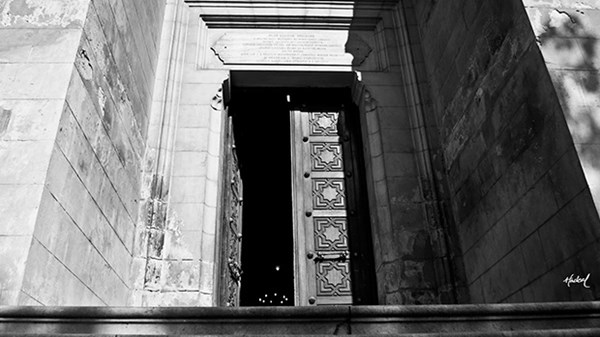 Alexandria, Egypt, was once a lighthouse for Christianity, emanating from the southern shore of the Mediterranean Sea. Now it is a stronghold of the Muslim Brotherhood and the even more conservative Salafi Muslims.

So a Christian opening a cultural center for Muslim and Christian artists in Alexandria—within the walls of an Anglican church—demonstrates a stroke of boldness in a city where some 23 Coptic Christians were killed in a church bombing on New Year's Day 2011.

"For many Muslims," says Nader Wanis, founder of the Corners for Creativity cultural center, "it was the first time in their life they [had] entered a church. They were astounded we let them in; then they go and invite others."

Wanis, a poet and songwriter who owns a multimedia company, noticed the historic grounds of St. Mark's Anglican Pro-Cathedral (a parish church used as a cathedral), built in 1839 in the village of El Menshaiya, were beautiful—and underutilized.

"When I found this church four years ago, I decided to devote my life to it," said Wanis. "I felt it was so empty. There were only a few families attending, just praying."

Yet it was the Egyptian revolution ignited in January 2011 that provided both the impulse and the connections to use the church for the good of Alexandria.

"I saw demonstrations and went to the cultural center across the street and asked if we could bring in these 'screaming kids' to discuss what they wanted," said Wanis. "Every week we met together, but once the revolution turned into politics, I dropped out."

As the politics of Egypt became increasingly dominated by Islamism, Wanis's frustration developed into action. The church, he feared, was isolated from society.

"The church has been misunderstood by the Egyptian street," said Wanis. "There are rumors the church has weapons, fornication, and sorcery inside.

"As long as the church stays closed, Muslims can think whatever they want. But the cultural center is a means to open the door and let people in."

Wanis believes that Christians in Egypt have done just the opposite.

"Christian leaders say we are doing our best, but the country knows nothing about us—have we succeeded in spreading love?" he says. "We need to teach our people to communicate with Muslims.

"We need wisdom to know how to regain trust. Once we do people will start asking, discussing, and surely what is right will prevail."

At least one part of what is right is the flourishing of creative dreams. Abdel Aziz is planning a film festival from scripts devised at the center. Magdy anticipates opening a similar cultural center in Upper Egypt, where misunderstanding and rumors are even greater than in Alexandria. The Muslim team leaders, all volunteers, hope to reach out to underground musicians and increase operations to include a thousand artists.

Wanis hopes within five years to expand the fine arts component of the center into media development, and already has leaders with these skills, though little equipment.

"I would like our center to be a leader in building a parallel, independent, and clear media," he says. "There are many problems in Egypt, and the answer to all of them is education."

Bringing people together is Wanis's chief gift, he says, and Abdel Aziz expresses how Muslims have found a home in the church through the center.

"People now find they need this place. They came for different reasons, but the center has become the central point for their dreams.

"It makes me feel successful and proud. I love them."

Jayson Casper lives in Cairo and is a writer with Arab West Report, blogging regularly at A Sense of Belonging. He has written for CT several times about Christians in Egypt.