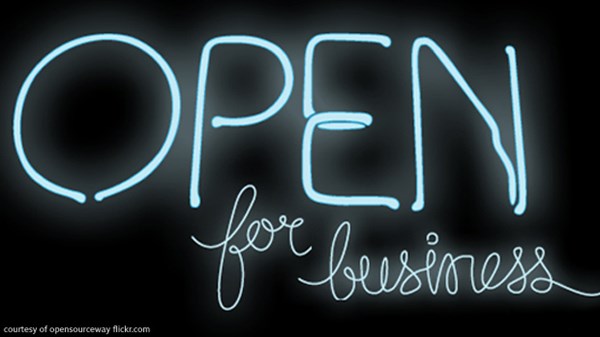 For businessman James Reiner, hiring ex-cons is more than a mission of mercy. It's smart business.
Christy Tennant

Recidivism is an ungainly word for a disturbing reality: the proportion of people released from prison who are rearrested or returned to custody. In the United States, according to a recent study from the Pew Center on the States, 43.3 percent of convicts released in 2004 were back in prison three years later.

There are many reasons for this stubbornly high rate—it has barely budged in at least a decade—but high on the list is the difficulty former prisoners have in finding legitimate employment. Who wants to hire an ex-con?

In Denver, the answer is Belay Enterprises. Founded in 1995, Belay's mission is to partner with the church to create businesses that employ people rebuilding their lives after serving a prison sentence. Executive director James Reiner has been working for the company for over 13 years. "We create businesses for folks who have been excluded from the job market."

Belay combines entrepreneurialism with spiritual and vocational development. The group's first company, Bud's Warehouse, started as a supplier of secondhand and overstocked building materials. Male employees thrived in that environment, while women facing the challenges of life after prison plus single motherhood were the target employees of the next business, a secondhand children's clothing store called Baby Bud's. A cleaning service followed, with additional businesses in the works.

As a young entrepreneur, Reiner owned a marketing and public relations company. "Right before I came to work at Bud's, I had a strong feeling that I was supposed to do something different with my career." He did what many people do when they sense God's calling: he enrolled in seminary under the assumption that he would pursue pastoral ministry. "In the process of that, someone told me about this job that incorporates business and ministry to disadvantaged communities." He interviewed and was offered the job.

"I fell in love with the organization from day one," he said. "I've been here ever since. It's been such a neat thing to see that you can actually use your business talents here to build up the kingdom and minister." He never returned to seminary.

Mike came to work for Belay at the end of a stint in detox and rehab. (His first name only is used at his request.) After moving to Denver and struggling to find a job, "I let the bottle get the best of me," he says. Today Mike works for Bud's Warehouse, the home improvement thrift store, as well as New Beginnings Custom Woodwork, where he is a custom cabinetmaker. While working for Belay is like working "a regular job," there are some aspects that make the company unique—and help foster the employees' comprehensive flourishing. Each morning after clocking in, the whole staff, including management, holds an hour-long meeting. "One day we go around and do a check-in, see how everybody's doing. Another day, we have Bible study. On other days, we have job training, like learning how to run the forklift. And some days we have a business meeting. But it's all part of our work day."

"We don't require anybody to participate in the spiritual stuff," says Reiner, recognizing that not all employees are Christians. "That's completely up to them, but over the years, most of them have participated, and it's become the favorite part of their day." Reiner attributes Belay's success as a business to this combination of faith and practical development.

Reiner says most of Belay's enterprises are self-sustaining—a rare achievement among businesses that draw their employees from at-risk populations. "One of the challenges, and one reason why this hasn't worked in a lot of places, is that ministry people get a vision, but they don't have the skills for business success." Reiner urges churches to connect believing businesswomen and men with ministry-minded people. "It can be a great opportunity to create in partnership. Sometimes people think that businesses aren't redemptive, or the tough decisions that often need to be made in order to run a successful business aren't ministry-oriented enough. But in my experience, you can do an awful lot of good and still turn a profit."

Still, running a business whose mission is to serve at-risk adults is "incredibly messy work," says Reiner. "We're hiring people no one else will hire. They're having an incredibly tough time finding jobs, and they come to us, often with no real work experience, and we're throwing them into a retail business with real responsibilities." The managers at Belay's various entities begin by offering new employees basic training, getting them up to speed quickly so they can function as a business. Of these managers, Reiner says, "We've had days when we've shown up for work and were the only ones there." But through a "grace-oriented, yet challenging" training program, employees are taught the skills they need to participate in the business, from stocking and managing inventory to working as a cashier.

Some employees don't make it. Reiner tells of one man who was an employee, a heroin addict who was just weeks away from graduating from his recovery program when he fell off the wagon. "We have a 'three-strikes-and-you're out' rule, and this guy just couldn't do it. We had to let him go." A year later, he came back. He told Reiner that one month after being fired from Bud's, he had a revelation that ultimately led to his recovery. "He said that Bud's was the most grace-filled, forgiving employer he could ever have, and if he couldn't make it at Bud's, where everyone was there to help him succeed, he had a real problem." He sought out another recovery program, and this time he finished.

With 75 employees last fiscal year, Belay Enterprises is planning for growth—creating 750 jobs over the next five years. Belay is currently negotiating with the Denver County Jail to put prisoners to work in the jail's brand new commercial kitchen. "When they get out, they would then transition to another facility of ours and be trained in the hospitality industry."

For Reiner, entrepreneurialism that can spot that kind of opportunity is a spiritual gift. "There are businesspeople sitting in our churches who are not interested in singing in the choir or teaching Sunday school, yet they're really good at business and at starting things and wondering how that skill can be used for the kingdom." Helping Denver's at-risk adults find rewarding employment opportunities is not just a mission of mercy—it's good business. And employees like Mike are fine with that. "I would like to stay there for a long time. They're fantastic people, from Jim Reiner at Belay, to Andy at Bud's and Dave at the cabinet shop. As far as I'm concerned, it's been a great ride for me and I hope that, God willing, the ride will continue."

Christy Tennant is director of engagement for This Is Our City.