The Power of Women Helping Each Other

Follow the example of Harriet Tubman.
Read as Single PagePage 1 of 3 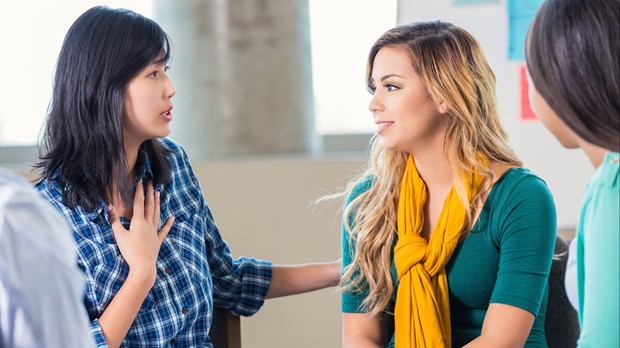 My mother was the chair of the Black History Month Committee, which meant I was enlisted in the school's program. One year, we had a wonderful play which highlighted major figures in African-American history. I put a scarf on my head and a long skirt, a blouse, and an old sweater and became Harriet Tubman. I transitioned back in time to become a powerful, fearless slavery abolitionist, humanitarian, and suffragist. I marveled at her determination to escape slavery. I was inspired by the sacrifice she made to free others.

I can only imagine how Tubman felt when she first tasted freedom. She stated, "When I found I had crossed that line, I looked at my hands to see if I was the same person. There was such a glory over everything; the sun came like gold through the trees, and over the fields, and I felt like I was in Heaven."

If this is true—if Harriet Tubman had a piece of heaven right here on Earth—why would she risk losing it by going back to rescue others from slavery? Tubman believed that because she was free, her family should also be free, so she decided that she must go back to get them.

Today, Harriet Tubman is considered a hero. In fact, her heroism has landed her on the forthcoming 20-dollar bill. She not only led over 300 people to freedom, but she did as a woman. Frederick Douglass, a slave abolitionist, wrote to Tubman, "The difference between us is very marked. Most that I have done and suffered in the service of our cause has been in public, and I have received much encouragement at every step of the way. You, on the other hand, have labored in a private way. I have wrought in the day—you in the night. ... The midnight sky and the silent stars have been the witnesses of your devotion to freedom and of your heroism . . . I know of no one who has willingly encountered more perils and hardships to serve our enslaved people than you have."

My beloved sisters, I encourage all of us to follow the lead of this spiritual giant. We must never forget to go back. Just as Tubman went back to help others, we must also "go back" and help those still enslaved by sin, those who are struggling with hardships, and those who need to be mentored.

Going Back to Help Others

I have several friends and partners in ministry who by the grace of God have been delivered from a lifestyle of substance abuse and violence. They now spend their time going "out into the highways and along the hedges” compelling others to know Jesus (Luke 14:23). They go to the jails, prisons, homeless shelters, and streets telling people about a God who loves them. They share their personal story, and they choose to walk alongside them constantly sharing the message of hope. When they fall down, my friends are there to pick them up, dust them off, and tell them about the forgiveness of God. They are not complacent sitting in a church pew, thankful that they know Jesus. They go back. They sacrifice. They go to places no one else wants to go so that others like them might find Jesus as well.

The Power of Women Helping Each Other