Revival of the Frozen ‘Dead’

"I am the resurrection and the life. He who believes in me will live, even though he dies." -John 11:25

Among the wonders of creation are the frogs and insects that suddenly re-appear each spring, even in the coldest of climates. How do they survive the icy tomb of winter? Extreme cold is a tremendous challenge for every living thing. Unprotected, the fragile cells that make up the substance of plants and animals burst like water pipes in freezing temperatures—and this leads to irreversible tissue damage.

God gave humankind the intelligence to protect ourselves in harsh weather, because we are more sensitive to cold than most other creatures. In this sense, we are also more dependent upon our Creator. If our core body temperature drops just 3 or 4 degrees—below 95°F (35°C) —we will die. According to the Centers for Disease Control (CDC), hypothermia causes approximately 1,000–1,500 deaths each year in the United States alone.

With this in mind, the survival of the common wood frog of North America (Rana sylvatica) is astounding. It is the only amphibian found living above the Arctic Circle. Unlike most frogs, which hibernate by burrowing into the soft mud of lakes or ponds, the wood frog seeks shelter in the late-autumn ground litter of its forest habitat. This leaves it exposed to much harsher temperatures than pond-dwelling amphibian species, which are insulated by water.

In winter the wood frog freezes solid for two or three months without harm. In the bitter cold its internal organs become encased in ice, and the frog's eyes turn ghostly white as the lenses inside freeze. Not a pretty sight.

Yet in spring it comes back to life. How? Simply put, God has made the wood frog extra sweet. As autumn temperatures plummet in the far north, the liver of the wood frog churns out huge amounts of glucose (a sugar common to the body). Glucose accumulates in the frog's tissues and acts as a type of antifreeze—not unlike the ethylene glycol used in a car's radiator. This enormous amount of sugar allows the fluids inside the frog's tissues to become as thick as maple syrup, and this prevents intracellular ice crystals from forming. The frog is safe as long as ice doesn't crystallize within its cells, which would make them to rupture. Fluid outside the cells, however, can freeze completely without damaging the frog's internal organs.

This incredibly high concentration of sugar—pumped out by the liver—would quickly cause you and me to enter into an irreversible diabetic coma. And it flies in the face of the way an amphibian's body usually works. Normally, the pancreas (a special organ in its belly) releases a protein called insulin when blood sugar rises. Insulin drives the blood glucose level back down by helping the frog's tissues utilize sugar. All this changes in late fall. During winter months, glucose remains extremely elevated. For the wood frog, it effectively prevents cells from exploding in the cold.

As the frog freezes solid like a Popsicle, its heart stops, blood flow and breathing cease, and brain activity disappears. It is clinically dead, and it remains this way for weeks at a time. In spring the frog thaws and miraculously comes back to life, leaping and jumping around only hours after being as stiff as a brick.

Over the past 50 years researchers have discovered many of the organisms God fashioned possess a type of antifreeze in winter. What's fascinating is that the method of cold protection often varies from animal to animal and plant to plant. Our incredibly creative God uses a host of sugars, alcohols, and proteins to shield his creation from the bitter cold.

Several of the insects and spiders found in Alaska, for instance, are laced with antifreeze proteins (AFPs) that allow them to survive temperatures down to −94°F (−70°C).

The beetle Upis ceramboides is unique among Alaskan insects because it is protected by a complex sugar known as xylomannan. But another species, the red flat bark beetle, must be the world champion cryonic insect. In the laboratory these beetles have been exposed to temperatures approaching 238 degrees below zero (–150°C), and they did not freeze!

Fish—including northern cod, herring, and flounder—survive the frigid Arctic Ocean because God created them in such a way that their bodies create special antifreeze proteins that possess an unusual molecular structure with a repeating pattern, not unlike the proteins found in cold-tolerant insects. These cryoprotective proteins bind to tiny ice crystals, thus preventing larger ice crystals from forming and damaging the fish's tissues and organs.

Plants, fungi, and bacteria have also been designed to withstand the ravages of winter through similar methods.

(Incidentally, how would you feel about eating a strawberry laced with beetle protein? You may be interested to know that food scientists are presently attempting to create frost-tolerant fruits and vegetables by inserting into plants the gene for the antifreeze proteins found in certain insects. They are also trying to come up with a smoother ice cream texture using the same insect molecules. The presence of antifreeze proteins prevents ice crystals from forming, which cause grittiness. Just imagine the advertisement— "Our ice cream is made with real bug protein for that smooth taste you've come to love!")

All this is more testimony to our Creator's genius (Romans 1:20). The common wood frog in particular symbolizes our future resurrection in Christ. To be sure, Christ's body didn't just seem dead. He truly died, and thus he truly rose again from the dead. Likewise we will truly die before being raised to new life. But the life cycle of the common wood frog is nonetheless a fascinating natural picture of our future hope.

[Click this link to see a You Tube video of this "natural picture of our future hope."]

Rick Destree is Director of His Creation. 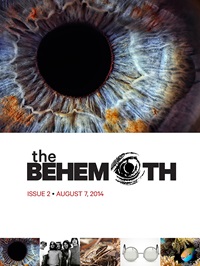