Inside the Protein that Ponders

“Now this is what the Lord Almighty says: ‘Give careful thought to your ways.’” (Hag. 1:5)

Growth. Progress. Efficiency. They drive business practices, church planning, and Western society’s ideals. Early in my work as a cancer researcher, I studied these principles within the microcosm of a single cell.

In the process, I learned that healthy cells model the importance of thinking before you act, of reflecting before rushing ahead. At a microscopic level, our bodies aren’t just about “grow or die” absolutes. They pause and take stock of how they’re growing.

One of the most important tumor suppressors is known simply as p53, reflecting its weight of 53 kDa (kilodaltons, a unit of molecular weight). This simple protein rose to fame in my early years in graduate school, becoming Science magazine’s molecule of the year in 1993.

From Villain to Hero

In 1979, when scientists first found p53, they thought they had discovered a cancer-causing gene. Put simply, it had been hanging out with a bad crowd: tumor viruses (for example, human papillomavirus, or HPV, which can cause cervical cancer).

There are many important differences between viruses and cancers, but they share a desire: progress. Growth takes precedence over all else. When a virus invades a cell, it drives the cell cycle full speed ahead in order to manufacture more viruses.

At the time, researchers were trying to figure out which genes from these viruses were responsible for causing cancer. This new protein, p53, kept turning up.

Instead of causing cancer, p53 prevented it.

Tumor suppressors like p53 function at certain checkpoints in the cell cycle. Right before a cell decides to divide, p53 creates a biological moment of reflection and assesses whether or not the cell is ready to proceed with further growth and multiplication. This moment is critical for the prevention of cancer. For example, if a cell contains damaged DNA, the cell can repair the damage before duplicating the DNA and passing the errors on to two new cells. It’s the p53 protein that detects this problem, pauses division, and signals other molecules in the cell to repair the damage.

As p53 watches out for mutations, it can be subject to its own mutations. If p53 is mutated or missing, unhealthy cells rush into the growth and division process. Cancer ensues.

One rare disorder is Li-Fraumeni syndrome, where people inherit a mutated form of p53. That puts them at high risk for certain types of cancer. But the disorder had a silver lining for cancer researchers. Around the time that p53 became molecule of the year, biologists were busy trying to understand how p53’s structures relate to its function. By comparing “normal” p53 with Li-Fraumeni p53, we gained a good understanding of how the molecule actually works.

The tumor suppressor p53 protects the integrity of the genetic blueprint by controlling the hub of many signaling pathways. The secret to its ability to work with so many different cellular systems is found in its three-dimensional architecture. The molecule overall is unstable and parts of it are floppy—but that makes it easy to unfold and refold into the various functions it needs to perform with all the different systems. As a result, p53 is a flexible communicator.

In unstressed cells, p53 levels remain low. But if you expose cells to chemicals or radiation, cut off their oxygen, infect them with a virus, or trigger some other immune response, p53 levels rise to halt progress.

Then, once the cell makes its necessary repairs and sets everything right again, p53 levels drop back down and the normal cell cycle resumes. But if the damage is too great and the cell can’t repair itself, p53 moves from the pause button to the stop button. Cell division is permanently halted. In either case, p53 protects the body from cancer.

At the same time, researchers are hoping to find a way to stop mutant p53 from working, since it encourages cancer.

In all these cases, the goal is to let p53 to do its job as well as it can.

It’s a flexible, listening job. By integrating information from systems all over the cell, p53 makes sure that growth and multiplication produce only healthy cells. Any time lost to repair damage is time saved in the overall health of the body. Researchers are still intrigued by the way this protein helps a cell give careful thought to its ways on a molecular level. Waiting to reflect is not the enemy of efficiency. It’s often the difference between actions that lead to life and those that lead to death.

Christina M. H. Powell is a biomedical research scientist, an ordained minister of the Assemblies of God, and author of Questioning Your Doubts: A Harvard PhD Explores Challenges to Faith (IVP, 2014). 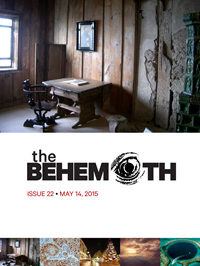