There once was a little fishing village on the Sea of Galilee. It was known for its pickling factories that received large catches of fish daily along its long and prosperous quay from the hundreds of small merchant ships working the lake. Though not as well known as other cities of the region, the town was well planned, urban, and modern. Visitors recognized the town from afar, nestled as it was at the base of a large cliff, with a small tower overlooking the lake. An important general-cum-historian once described the town as “abundant” and “very warm to strangers,” and these portrayals stuck with it for some time.

The town has been known by a number of names, most recently el-Mejdel in Arabic. Much earlier it was Taricheae to the Greeks, and in Hebrew some derivative of Migdal. To us today it is known by a more familiar name: Magdala. The same Magdala mentioned in the New Testament, the place name associated with Mary Magdalene, close companion of Jesus. A town set right in the heartland of Jesus’ public ministry.

There is another tiny town in the middle of southern Louisiana—a former lumber station that today is surrounded on all sides by rambling pine forests. It’s just off Exit 22 on I-12, a small patch of interstate off of the longer, southern stretch of I-10. At first glance, the town is unexceptional Americana, with a flea market, fireworks store, True Value Hardware, and Dollar General. At the local deli you can get a lunch plate for $4.59. A number of empty buildings stand on Main Street, a reminder of the tough economy through the long recession. The people, though, are about as warm to strangers as one could expect.

The town is Livingston, Louisiana, and it is home to the Laser Interferometer Gravitational-wave Observatory (LIGO). Its work was duplicated in the town of Hanford, Washington, with other sites on the way.

Mysteries in stone and steel

Though separated by time and place, today the two towns both have front-row seats in the pursuit of human discovery. Something has emerged at each town that is giving us a glimpse of a previously unseen world.

In Magdala, a little rectangular limestone block, about two feet long and a foot-and-a-half high, may help rewrite our understanding of Jesus’ childhood religion. Ornately carved on top and all four sides, the beautiful stone has been hidden away for close to 2,000 years.

Archaeologists found the Stone of Magdala in 2009, near the middle of the floor of an ancient synagogue, one of the oldest synagogues yet discovered. The worship space and community center was probably built in the century before Mary and Jesus. The building was likely improved upon several times over the years. The stone was eventually covered over. Wars and disasters later, it was abandoned and forgotten.

While medieval Christians had stained glass windows, the Jews of Magdala had this stone. A three-dimensional depiction of the temple in Jerusalem—125 miles away—is carved on that stone as if the observer could see inside. The colonnades on the sides of the temple frame the sides of the stone. The front features the façade of the temple, curtain pulled back, looking into the Holy of Holies. There is the lamp—the menorah—an eternal light tended by the priests, shining in the darkness of our world. The stone’s top displays the showbread table, with the bread of the presence as a sign of God’s care for his people. The back of the stone displays the greatest mystery of all—a glimpse of God, depicted as the wheels of his chariot moving about the Earth. God’s holiness cannot be depicted by people, but the light coming off his work can be seen as he passes by.

On one ordinary rock, an artist rendered the great temple of God, a peek at his light, his table, and his holiness. He did it for the people who came to worship at the synagogue in the friendly little town of fish-pickling.

There is no way to know for sure whether Mary or Jesus or any of their companions ever visited the synagogue. There is no way to know if they ever saw the stone. What the stone does, though, is provide an insight into what Jews in Galilee may have thought about worship. It allows scholars to infer what Jewish synagogue culture may have included. To deduce how the community that nurtured Jesus went about worshiping their God.

Meanwhile, in that town amidst the loblolly pine forests of southern Louisiana, one of the world’s largest interferometers will help rewrite our understanding of the universe. It’s a giant L, built on much the same principle as the original Michelson interferometer invented in the 1880s. Whereas the original had two arms of 36 feet each, this interferometer has arms 2.5 miles long—long enough to enclose tiny Livingston within its reach.

The LIGO observatory is not designed to see, but rather to “feel” (or hear). It is designed to detect gravitational waves, the ripples of spacetime. These ripples occur as evidence of an after effect of some massive astrophysical event—such as the collision of two black holes.

Answers to our inferences

One might not expect a little carved block or two vacuum tubes to answer some of the world’s most significant questions, but they do. Physical science and biblical scholarship have at least one thing in common: Both use inference to determine how things were and how things are.

In a recent issue of the journal Novum Testamentum, eminent Bible scholar Richard Bauckham predicted that the Stone of Magdala “may, if we can interpret it correctly, have more to tell us about the religion of Galilean Jews in the first century CE than any other extant source, archaeological or literary.”

Last month, the original founders and visionaries of LIGO were awarded the Breakthrough Prize in Fundamental Physics. Their success will give physicists the ability to “feel” events from the furthest reaches of the universe; it will allow them to infer in powerful, new ways what astrophysical events have shaped our universe. It is the next step after Albert Einstein famously (and now successfully) inferred the existence of gravitational waves as a part of his work on general relativity. It took 100 years and countless discussions, papers, proposals, grants, and trials to turn his inference into something observable and proven.

This incredible discovery came about because physicists—following from Einstein—predicted that they could build a device that could “feel” a ripple in spacetime (based on a thought experiment, no less).

In a similar way, biblical scholars know that Jews in Galilee before the birth of Jesus worshiped. How they worshiped, what they used, what it looked and felt like, has not been easy to answer. Biblical scholars use ancient texts, archaeological finds, and their intellect to create theories and make inferences, all the while hoping for substantial proof to one day arrive—as it now apparently has with the Stone of Magdala.

Now they are using a “device” from the ancient world to infer the way people worshiped in Jesus’ day—now with less focus on societal and communal interests and more emphasis on the holiness of God.

This ability to infer is one aspect of our humanity—using our intellect to achieve greater discovery. Though we are but a small blip in the grand scheme of things, we have a divinely inspired desire to search for more and greater inferences of the greatness of God and the vastness of his creation.

Douglas Estes is assistant professor of New Testament & practical theology and DMin program director at South University–Columbia. He is the author of Questions and Rhetoric in the Greek New Testament (Zondervan) and other works. 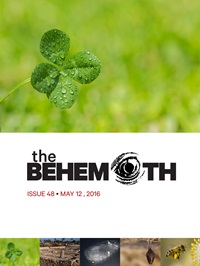