David KucharskyMarch 1, 1974
This article is from the March 1 1974 issue. Subscribers can read all of CT's digital archives.

With fresh reinforcements now due on the scene, church-state separationists feel they are well on the road to victory in what has been called the last unresolved issue of the American Revolution. A good look at where things now stand was provided by the twenty-sixth annual National Conference on Church and State, held last month in Orlando, Florida.

Many relatively minor controversies still dot the church-state landscape. But unless constitutional amendments are passed, something that seems highly unlikely at least for a few years, recent Supreme Court decisions will go a long way toward ensuring that not very much public money flows into the treasuries of religious organizations. Much of the credit for the prohibition belongs to Americans United for Separation of Church and State, which sponsored the three-day conference. The Americans United organization has been instrumental in most of the litigation involving church-state separation during the last generation.

Where do we go from here? That was the big question underlying the meeting, held beside a lush tropical garden that decorates the Orlando Hilton. Next year’s meeting will feature new leaders. Glenn Archer, the highly effective executive director of Americans United since its founding in 1947, is retiring this year, as is his very able right-hand man, C. Stanley Lowell. Both are likely to remain somewhat active with the organization, but the responsibility for staff initiative will be in other hands. 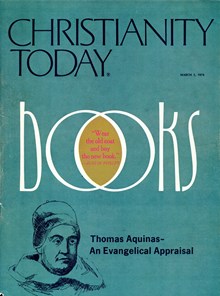 This article is from the March 1, 1974 print issue. Subscribe to continue reading.